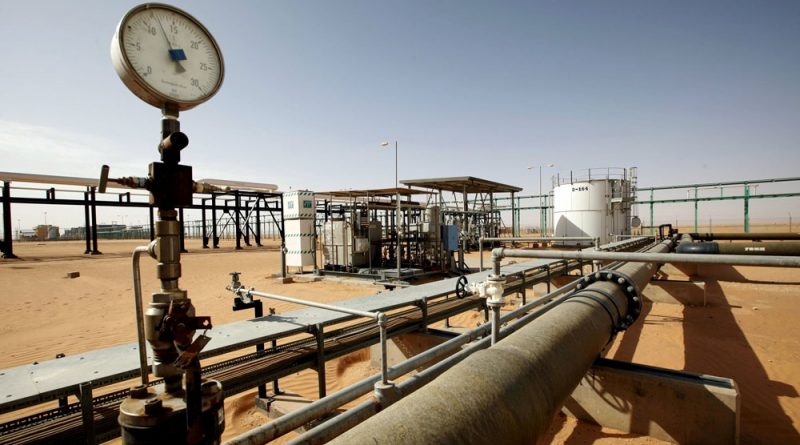 The United Nations mission in Libya has said the country’s rival sides will hold direct political and military talks next month.

The announcement came hours before Libya’s National Oil Corporation (NOC) said it would resume production on Sharara – the country’s largest oilfield – from Sunday.

The forum’s aim is “to generate consensus on a unified governance framework and arrangements that will lead to the holding of national elections in the shortest possible timeframe”, it added.

UNSMIL said it “has made it a requirement for participants to the LPDF to recuse themselves from political and sovereign positions in any new executive arrangement … and to refrain from the use of hate speech and incitement to violence”.

Participants “will be drawn from key Libyan constituencies … and with a firm commitment to the meaningful participation of Libyan women and youth”, the statement added.

Before November’s meeting, the mission plans to bring together participants for preparatory video conferences, starting on October 26. Also, face-to-face talks between delegations of a joint military commission made up of five officers from each side are to be held in Geneva starting on October 19.

Libya has been racked by conflict since the overthrow and killing of longtime ruler Muammar Gaddafi in 2011. In recent years, the oil-rich country has been split between rival factions based in Tripoli and in the east, in a sometimes chaotic war that has drawn in outside powers and a flood of foreign arms and mercenaries.

The two main power centres are the internationally-recognised Government of National Accord (GNA) in Tripoli and a parliament in the eastern city of Tobruk.

Eastern-based renegade military commander Khalifa Haftar, backed by Egypt, Russia and the United Arab Emirates, launched an offensive on Tripoli in April 2019 but was beaten back in June this year by the GNA with military support from Turkey.

Efforts to move the political process in Libya forward have been repeatedly interrupted. Hope for a solution to the crisis has risen, however, after the rival sides separately announced in August they would cease hostilities.

The move was followed by a series of UN-backed talks in Morocco, Egypt and Switzerland.

Meanwhile, the NOC said on Sunday the lifting of force majeure at the Sharara oilfield came after it reached “an honour agreement” with forces loyal to Haftar to end “all obstructions” at the field.

In its statement, the corporation said it had given directions to operator Acacus to start production arrangements, taking into consideration public safety and process safety standards.

Libyan oil output almost entirely shut down in January when Haftar’s self-styled Libyan National Army (LNA) blockaded energy exports. Last month, Haftar said he was lifting the blockade of the country’s oilfields and NOC restarted output and exports from fields and ports where it said fighters were no longer based.

The September 18 breakthrough was the result of a so-called “Libyan-Libyan dialogue” led by Ahmed Matiq, the rival Tripoli government’s deputy prime minister, seeking to create a new mechanism to distribute the country’s petrodollars more equitably.

Wolfgang Pusztai, an analyst and Austria’s former defence attache to Libya, said the opening of Sharara has “no direct impact on the political process” despite there being some positive signs after recent negotiations in Morocco.

“The agreement [to reopen] could be terminated after October 17,” Pusztai told Al Jazeera, referring to the end date of the deal, agreed to remain in place for one month.

“But my guess is the flow of oil will continue,” he said.

“As we have seen with Sharara, Haftar is probably not in a position to order a stop [of oil production] all over Libya … at least as long as the funds remain in the Libyan foreign bank and are not transferred to the central bank of Libya.”

Libya’s oil production had reached at least 1.2 million barrels per day (bpd) before powerful eastern tribes loyal to Haftar first seized control of the oil facilities to protest against what they said was the inequitable distribution of revenues.

A Libyan source told the Reuters news agency that initial output at Sharara would be 40,000bpd, with total production in the country at 355,000bpd on Monday.

Sharara was producing 300,000bpd of oil before the blockade. Crude from Sharara will be prioritised to feed the Zawia oil refinery, the Libyan source said.

In total, the oil blockade has deprived the corporation of nearly $10bn in revenue and led to nationwide fuel shortages.