Whenever I watch a baseball game the last thing I pay attention to is what race or color the players are. While most of us, especially the younger generation, takes integration in sports for granted, the only differences we’re likely to see are the color of the team’s uniforms. We forget, or may not be aware, that at one time in our nation’s history baseball was a segregated sport.

During the late 1800’s, African-Americans were forced to form their own teams because they were not accepted into the major and minor baseball leagues. The first black professional baseball team was formed in 1885 and was named the Babylon Black Panthers. The team was later renamed the Cuban Giants by a white businessman who hoped to attract more white fans to the games. The team became popular, and because of its success, many similarly named teams like the Cuban X-Giants, emerged eager to be accepted by white patrons. These “Cuban” teams were made up of African-Americans and not Cubans. At that time the U.S. and Cuba were allies and friendly towards each other, so the rationale was that it would sound more appealing.

Following the end of the American Civil War in 1865, black baseball, comprised mainly of former soldiers and black officers, sprouted predominantly in the East and Mid-Atlantic states. Philadelphia became its main hub. Despite segregation, black teams thrived. They not only played each other but the bulk of their income was earned playing against white independent semi-pro clubs.

During World War I, the migration of African-Americans from the South to the North accelerated due to the work force needed by the defense industry. With the growth of urban black populations came a more affluent fan base with extra money to spend on baseball games. During this time a former pitcher for the Cubans named Andrew “Rube” Foster worked to establish an all-black league that was more stable and organized. He insisted that black teams should be owned solely by black men. At the time many of these teams were owned and promoted by white businessmen. By 1920, thanks to the efforts by Foster, the Negro National League was established in Kansas City, Missouri. Andrew Foster became its president and controlled every aspect of the league and its players. Despite this achievement, the Negro National League folded after the 1931 season due to hard economic times.

During World War II, as millions of African-Americans worked in war industries, they also filled the stands to watch league games in every city. They were making good money and wanted to reap the benefits of the economic boom while at the same time demanding social justice. As black players came to be regarded as prospects and began signing with Major League Baseball teams, the color barrier began to come down and the demise of the Negro leagues began fading into oblivion.

The first black player to break the color barrier was Jackie Robinson. Brooklyn Dodgers owner, Branch Rickey, signed Robinson in 1946 to help integrate Major League Baseball. Prior to his signing with the Dodgers, Robinson had played professionally in the Negro Leagues. Although black players were getting noticed, they were also being tested to see how well they could endure the racist jeers from the heckling crowds and objections from new teammates at having to play with African-Americans on their team. Harassment and threats was the price black players had to pay for the right to be integrated into the major leagues.

Among those who had their start in the Negro Leagues and considered pioneers in breaking the color barrier in baseball were Roy Campanella and Don Newcombe. Like teammate Jackie Robinson, they also played for the Dodgers.

The early Negro leagues not only served to nurture the talents of young African-American baseball players, but they also brought the game to the masses of black baseball fans that enjoyed the sport. Before its demise, the Negro leagues were among the largest and most prosperous black-owned business ventures of its time. 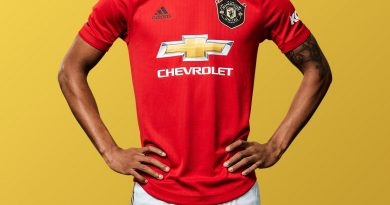 Bosnich Backs Ighalo To Become Next Cantona At Man United

Back to Kwara, By Reuben Abati – Newsdiaryonline