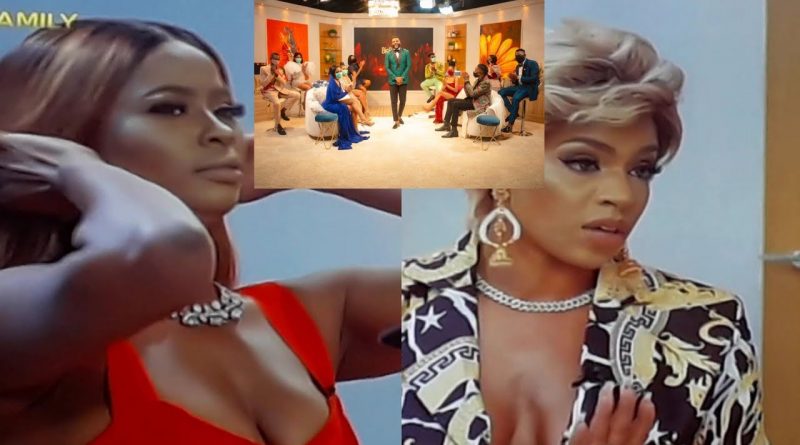 Entertainment
June 10, 2020June 10, 2020 Stan 0 Comments
Shares3LinkedInFacebookTweetPin
LiveChat will greatly increase the number of your satisfied customers. I've already tried it and I can recommend it as a go-to customer service tool! Sign up today for a free trial!

DAILY POST recalls that Ella, few months after the reality show took to her Instagram page, demanding for financial help over her mother’s health.

She disclosed that her mum was to undergo surgery for an undisclosed illness and some Nigerians donated to the cause.

Speaking to Ebuka Obi-Uchendu, BBNaija official host, Venita said Ella was the most deceitful housemate especially with regards to her mother’s health.

According to her, Ella should have approached the housemates on their WhatsApp group concerning her mother’s health first rather than running to social media, asking for help and making them to look bad.

Venita told Ella: “I suspect strongly you are very deceitful and I believe she’s bipolar. You do not know which Ella you’re going to get and I’m fed up with that.

“After she posted about her mother’s health, she started balling and went mute on all of us which I saw as a publicity stunt.

“I did not meet Ella in the house but after the publicity stunt she played outside the house, making us look bad, I suspect she’s very deceitful, bipolar possibly and has five personalities.”

Sir Dee, who was also present on the show last night agreed with Venita, adding that he felt disappointed that Ella did not approach them first when her mother had health issues.

“We started suspecting you, when we suddenly could not access you.

“I felt disappointed that Ella did not come to us (BBNaija 2019 set) first when her mum had her health issue but rather went public on social media,” Sir Dee added.

Mercy, KimOprah, Diane also contributed to the conversation, adding that Ella sidelined everyone after she received funds for her mother and went ahead to shoot her music.

In response, Ella who broke down in tears admitted having messed up in the past but does not regret her actions.

“I might have messed up, but I don’t regret anything now because my mother is breathing.

“My Mother was really ill. She had a growth and I did not lie about that. I might mess up but I’m trying to build my career.

“I’m trying to build a better life for myself with the resources I have into my Music.

“I’m not crying because I am weak but because my mother did not want her family to see her like that and was not happy that I went public to solicit for funds.”