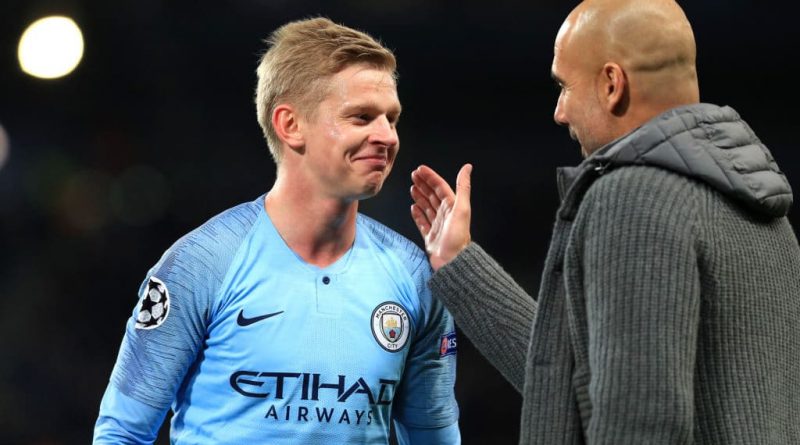 The Premier League giants suffered Champions League elimination at the quarter-final stage for the third season in a row.

Guardiola has often been accused of overthinking his team selection for crunch knockout European games.

And both Zinchenko and partner Sedan questioned Pep’s tactics against Ligue 1 underdogs Lyon.

Guardiola’s decision to field three centre backs plus midfielders Rodri and Ilkay Gundogan for the clash backfired as City slipped to a 3-1 defeat.

Speaking on her YouTube channel, Sedan said: “Perhaps I have no right to say this, perhaps Zinchenko will forbid me. But to put it mildly, and in order not to swear, this is completely Guardiola’s fault.

“At such a crucial moment, making such an experimental tactic for Man City is a bummer.

“I have no right to criticise, but why play three central defenders when the players themselves take their heads.

“I simply have no words, because to have such a line-up… look what players play at Man City, what a bench. Literally few clubs in the world can boast such reserves.”

Zinchenko has found less success on the pitch in recent times after falling out of favour at the Etihad.

He has only started once since his mistake led to defeat at Southampton, and was an unused substitute against Lyon.

And he is unlikely to be back in Guardiola’s good books after agreeing with his partner that City were tactically inept in Lisbon.

He said: “There are many footballers with great experience. They are well aware that with such tactics there will always be a lack of one player in front.

“In the first half, Lyon played very organised at the back. They were almost all behind the ball line.

“And we have three central defenders in static position with the ball – they start all attacks, and two central midfielders go down to them to take the ball, because there are no zones to find a pass line. We have five people just off the game.”

Zinchenko was also asked what Guardiola said after the game, and revealed the Spaniard did not even go to the dressing room.

He added: “Guardiola didn’t even enter the locker room, and didn’t say a word after the match.

“What can you say if everything is clear anyway?”