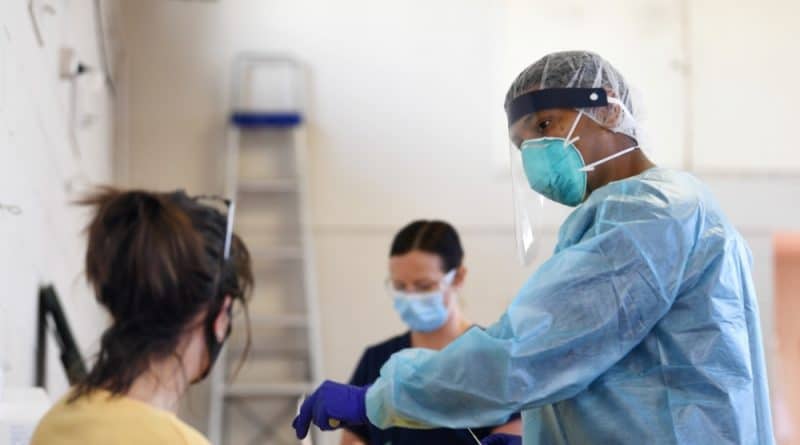 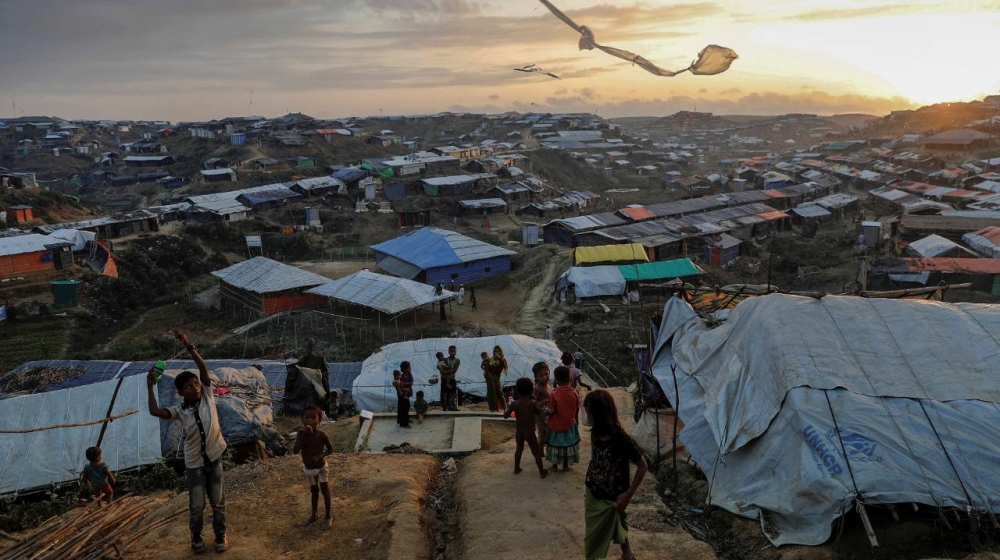 Hundreds of thousands of Rohingya refugees who fled Myanmar live in refugee camps in and around Bangaldesh border town of Cox’s Bazar [File: Damir Sagolj/Reuters]

In Bangladesh’s Cox’s Bazar, nearly one in five people being treated for medical conditions have a form of lung disease, according to a new report, making them vulnerable to coronavirus as it spreads in the camp where hundreds of thousands of Rohingya from Myanmar live.

The International Federation of Red Cross and Red Crescent Societies said many of the refugees face other chronic health conditions, including malnutrition and diarrhea, in one of the world’s most overcrowded camps.

Officially, there have only been 82 COVID-19 cases and six related deaths, but IFRC said concerns remain high that the figures may not tell the whole story.

The Philippine education department reported that at least 311 teachers and 268 students have been infected with the coronavirus.

In an announcement on social media, Education Undersecretary Alain Pascua said that of the total cases, 318 remain active while 22 have died. It was unclear how many of the deaths were teaching staff or students.

The department has postponed the resumption of classes amid fears of the spread of COVID-19, which has infected almost 190,000 and close to 3,000 deaths.

Mexico has reported 226 more deaths from the coronavirus, finishing the week with 3,723 fatalities, the lowest total in over two months, according to government figures.

Earlier the government declared the novel coronavirus was in “sustained decline” in Mexico, although testing rates in the country remain low.

According to Johns Hopkins University, Mexico’s coronavirus death toll stands at 60,480 – the third-highest in the world. There are more than 560,000 cases, more than 458,000 of whom are considered recovered.

The US state of Iowa has confirmed the June death of a young child under the age of 15 due to complications from coronavirus, the first such confirmed death of a minor in the state.

The confirmation comes one day before dozens of school districts in the state prepared to begin the school year, leaving many educators and parents on edge.

The pandemic has already killed 1,036 people in Iowa. Nationwide, close to 177,000 have died in the US, with an estimated 5.7 million infections as of early Monday.

The new coronavirus cases in South Korea slowed down slightly with 266 new cases, but the country remains on high alert nationwide.

Yonhap news agency quoted the Korea Centers for Disease Control and Prevention as saying that 258 of the new reported cases were local transmission.

China’s National Health Commission reported on Monday 16 imported coronavirus cases in the mainland as of the end of Sunday, slightly up from 12 imported cases the previous day.

The commission also said that for the eighth consecutive day, there were no new local infections detected in the country, although 27 new people were said to be asymptomatic. 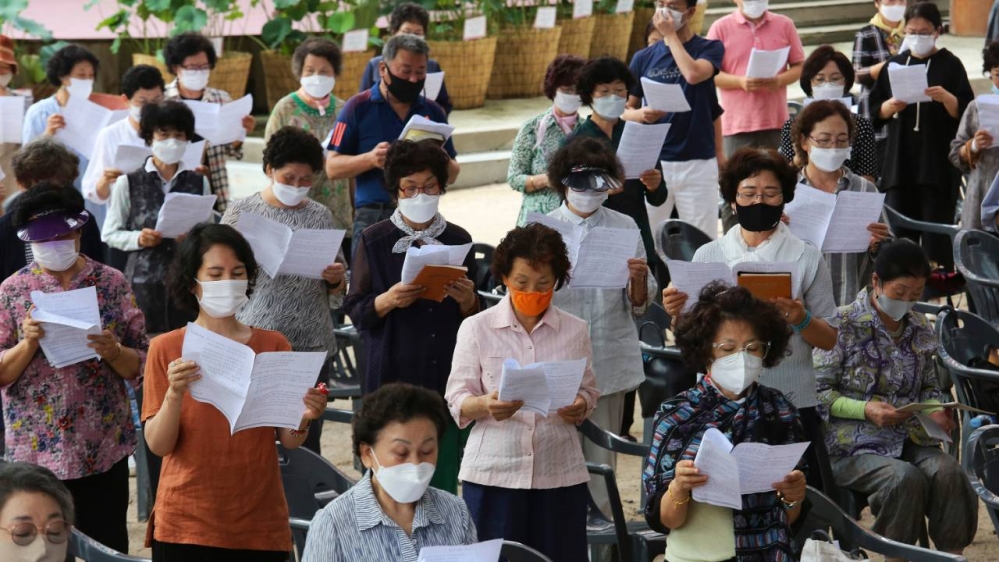 According to reports, there have been more than 2,600 cases in the past 10 days in South Korea prompting the government to warn of a resurgence of COVID-19 nationwide [Ahn Young-joon/AP]

The use of masks while outdoors is now mandatory in Seoul, South Korea’s capital.

Melbourne, the state’s capital, has been in a strict lockdown and curfew since a new wave of the outbreak emerged a few weeks ago.

Officials say 15 people died from the disease over the past 24 hours.

Australia now has more than 24,800 cases and over 500 deaths, according to Johns Hopkins University. 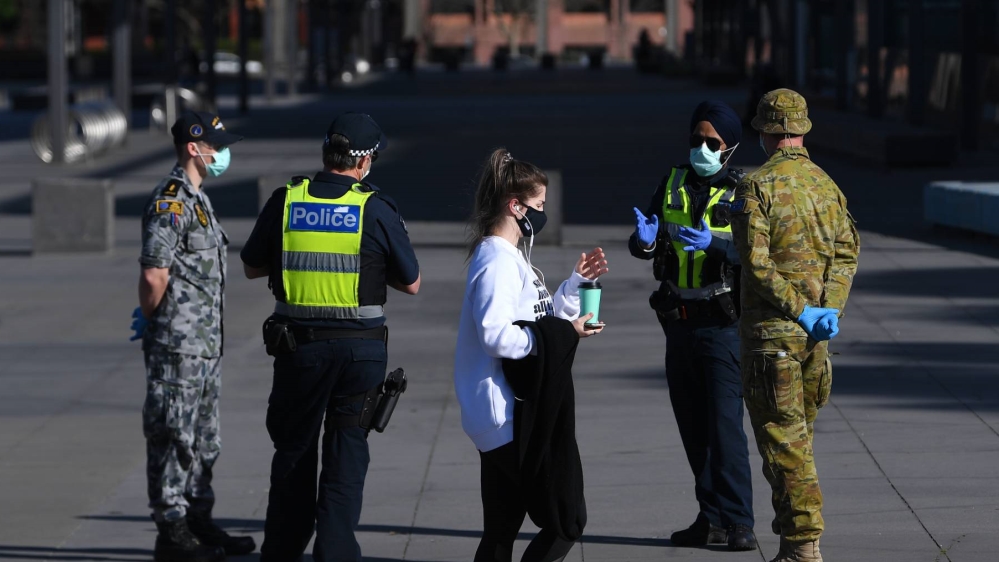 Australia now has more than 24,800 cases and over 500 deaths, according to the Johns Hopkins University tally [File: James Ross/EPA]

Pakistani authorities have closed about two dozen hotels in a scenic tourist area in the country’s northwest after dozens of hotel employees tested positive for the coronavirus, according to the Associated Press news agency.

As many as 47 hotel employees who tested positive for COVID-19 were quarantined at the hotels where they worked.

Pakistan has confirmed more than 275,000 coronavirus infections and nearly 6,300 deaths since reporting its first case in February.

The US Food and Drug Administration (FDA) has authorised the use of blood plasma from patients who have recovered from COVID-19 to treat those still battling the disease.

The FDA said early evidence suggests blood plasma can decrease mortality and improve the health of patients when given during the first three days of their hospitalisation.

“It appeared that the product is safe and we’re comfortable with that and we continue to see no concerning safety signals,” said Peter Marks, director of the Food and Drug Administration’s Center for Biologics Evaluation and Research said on a conference call with reporters.

You can read more on that story here.

For all the key developments from Sunday, August 23, go here.