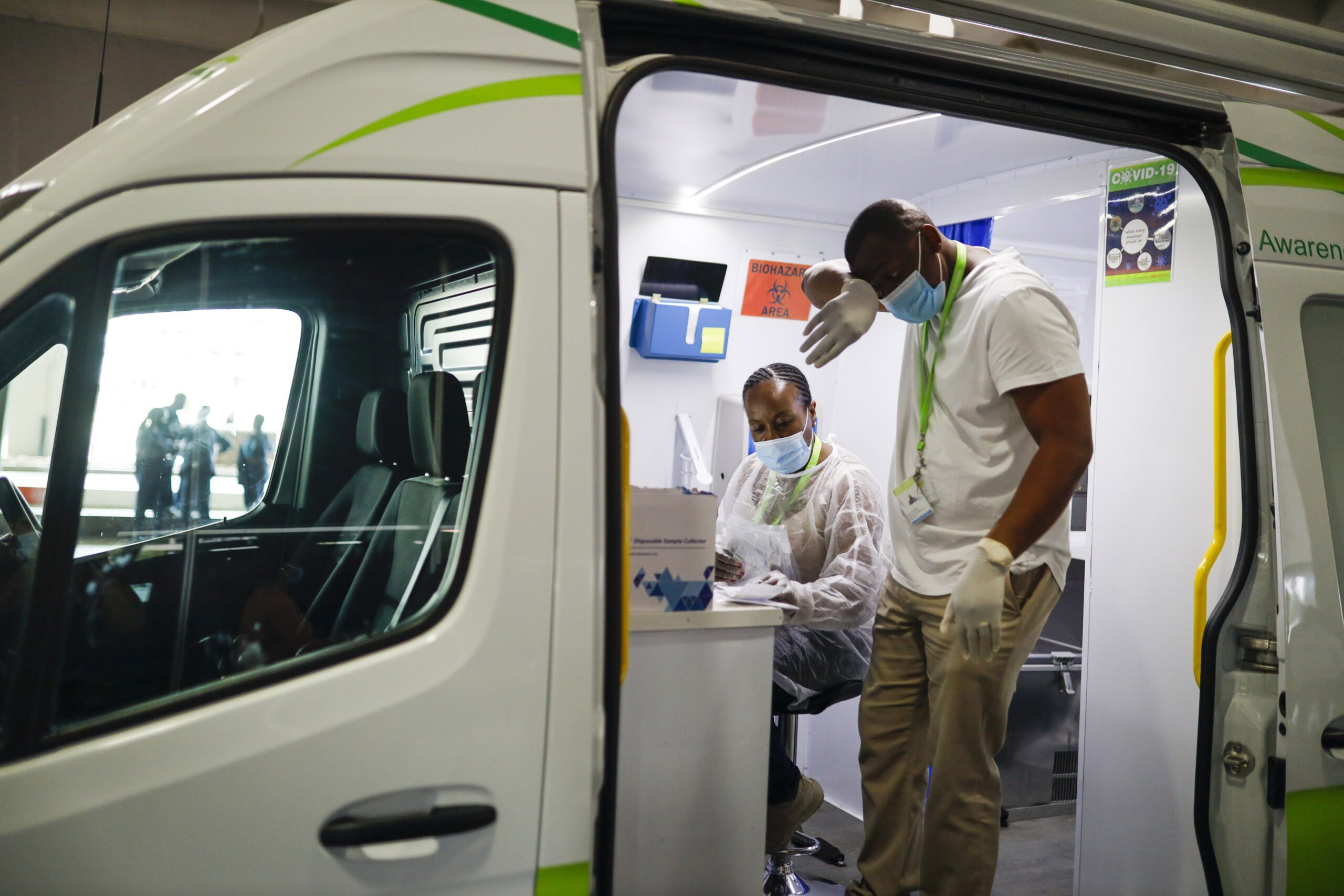 In less than a week, on 17 May, the health department says South Africa will start to vaccinate people aged 60 years and older, as well as 700 000 healthcare workers not covered by the country’s Covid-19 vaccine implementation study, Sisonke.

Two jabs will be used: Pfizer’s vaccine in metros and Johnson and Johnson’s (J&J) shot in rural districts.

In early May we received our first batch of just more than 300 000 Pfizer vaccines. Samples of those jabs are currently being examined by the National Control Lab in Bloemfontein to ensure they’re of an adequate standard.

South Africa has not yet received any J&J vaccines. According to the health department, we’ll receive 1.1-million doses in mid-May if there are no delays with the release of the jabs by Aspen’s plant in Gqebera, which is helping J&J to put the vaccine in vials, and to package and label them.

But how will the Pfizer and J&J shots affect you — can you, for instance, expect any side effects?

The Sisonke trial, which uses the J&J jab, was recently paused for two weeks to investigate reports about rare blood clots linked to the vaccine. After it reviewed safety data relating to the jab, the South African Health Products Regulatory Authority (Sahpra), found the J&J vaccine safe for use, but there are now new rules vaccinators have to follow, such as intensified screening for people at high risk of developing blood clots and more detailed follow-up post vaccination.

So how do you know if a side effect is something to be concerned about and how often are such symptoms likely to occur?

We break it down.

To answer that, let’s take a quick refresher on how vaccines work. (A great place to start is to watch the first session of the Vaccine science 101 course Bhekisisa and the Centre for Evidence-based Healthcare hosted in March.)

Most vaccines introduce a harmless version of a particular germ (in the case of Covid-19  it’s the SARS-CoV2 virus) into your body that triggers your natural defence mechanisms. Your body responds just as if the threat was real — but without you actually getting sick. Some vaccines, such as those using mRNA technology, like Pfizer’s shot, use man-made genetic material that instructs your body how to defend itself against a particular virus.

This “response” consists of your immune system producing antibodies specific to the virus or genetic material that was introduced. Once those antibodies have been produced, your body remembers how to make them, and when you’re exposed to the actual, harmful version of the virus, you’re able to fight it off.

Side effects are really just a part of your immune system’s natural reaction to a vaccine.

Information about a drug or vaccine’s possible side effects — scientists also refer to this as adverse events — is collected during clinical trials that test the safety and efficacy of a jab. But the data that can be collected during such studies is limited. Firstly, Sahpra cautions, the studies have not run for long enough to detect long-term side effects. The trial participants are also far fewer (generally in the thousands) than the millions of people who will eventually receive the jab, which means that very rare side effects are often not picked up during such studies, because not enough people receive the shot for rare adverse events to show up.

Sahpra has put several mechanisms, such as an app, a hotline and electronic reporting systems, in place to monitor the safety and efficacy of the shots that will be used in South Africa’s Covid-19 vaccine roll-out.

2. So what can you expect after your Covid shot?

Side effects range from mild to potentially life threatening and some are more common than others.

A study published in The Lancet in April analysed self-reported side effects from people in the United Kingdom who received either Pfizer or AstraZeneca jabs. The researchers used data from the Covid Symptom Study App, which vaccinated people in the UK can use to report vaccine-related side effects.

So far, this is the largest study investigating the side effects of Covid-19 jabs outside of a trial setting. The researchers focused on two types of symptoms: local effects (they occur at the site of injection) and systemic effects (they affect your whole body).

Of the vaccinated people who used the app between December and March, 66% reported experiencing local after-effects such as pain, swelling and tenderness at the site of injection. About one in four people declared side effects that affected their whole body, such as nausea, fatigue and diarrhoea.

The study found that fewer side effects were recorded in the “real world” than under clinical trial settings.

How common were side effects for the Pfizer vaccine?

The Covid Symptom Study App data included 627 383 app users in the UK between December and March. This included 345 280 users who received a first dose of the AstraZeneca jab, 282 103 users who got their first dose of the Pfizer jab and 28 207 users who got a second shot of the Pfizer vaccine. Because South Africa will be using the Pfizer jab, we’re showing you how the trial data of this jab compared to that of the Covid Symptom Study App:

Local and systemic side effects — which are sometimes also referred to as mild to moderate side effects — are generally the more common consequences that you can expect after receiving your Covid jab.

They are a normal part of the vaccination process and people ordinarily recover from such side effects within a few days.

In South Africa’s Sisonke trial, 2.2% of healthcare workers who received the J&J vaccine had reported “side effects or an adverse health event following vaccination” by 12 April, the researchers explained in a press release. “Most of these events have been minor, local or systemic reactions. One person experienced a severe allergic reaction that met the international diagnostic criteria for anaphylaxis (a severe, potentially life-threatening allergic reaction) but has since made a swift and complete recovery.”

3. More unusual effects such as anaphylaxis and blood clots

Most people will experience very mild symptoms or no side effects at all. But occasionally, Covid vaccines can have a more severe effect for which you may need hospitalisation.

Only two such side effects have been recorded: a severe allergic reaction (or anaphylaxis) and unusual blood clots.

Cases of rare types of blood clots, known as cerebral venous sinus thrombosis (CVST), were reported in people who got the AstraZeneca jab in parts of Europe and those who got a J&J’s jab in the US.

In the general population, CVST affects about three to four adults in 1-million every year. About one in a million people who received the J&J jab in the US, developed CVST, according to the US government’s Centres for Disease Control’s (CDC) Vaccine Adverse Event Reporting System (Vaers). The clots are, however, more common among women between the ages of 18 and 49 — for them, the CDC found, the risk is about seven out of a million.

Here’s a look at how often blood clot events were observed in different scenarios among people who got Covid vaccines.

Read more about these blood clots and their link to Covid vaccines here.

Although allergic reactions are more common than blood clots, they occur less frequently  than mild and moderate reactions, such as a fever. In February, the CDC reported about 4.5 cases of anaphylaxis for every 1-million Moderna and Pfizer doses administered (each jab requires two doses).

A study published in the Journal of the American Medical Association in March found that about two thirds of people who experienced severe allergic reactions after receiving a Moderna or J&J jab, had an allergy history — and significantly more women than men had allergic reactions to the shots. On average, an allergic reaction appeared within 17 minutes after someone was vaccinated.

Only 1.7% of app users in the Covid Symptom Study who received a Pfizer or AstraZeneca jab reported experiencing some form of allergic reaction. These included burning skin, rashes and welts on the lips and face.

The study’s researchers found that participants younger than 55 were more likely to experience at least one form of systemic effect compared with app users older than 55.

People receiving a Covid jab are advised to wait at their vaccination site for 15 minutes to see if they develop an allergic reaction. People with a history of severe allergic reactions should wait for 30 minutes before leaving, according to the CDC. Those who have a known allergy to one of the vaccine ingredients should not be immunised with a jab that contains those substances.

In April, Sahpra launched an app to help with the reporting and monitoring of drug and vaccine related side effects. Much like the Covid Symptom Study App, Sahpra’s Med Safety App allows users to self-report suspected adverse reactions from medicines they’ve taken. The app also enables Sahpra to provide feedback to users, for instance,  safety updates and information about regulated medicines and vaccines.

The Med Safety App was developed by the EU’s Innovative Medicines Initiative and is supported by the World Health Organisation. The app has also been rolled out in other low- and middle-income countries such as Burkina Faso and Zambia.

A call centre, which will be in operation by 17 May for the launch of phase two of the vaccine roll-out, will be set up so that people who have been vaccinated can use it to report concerns or symptoms that they’ve experienced.

This story was produced by the Bhekisisa Centre for Health Journalism. Sign up for the newsletter. 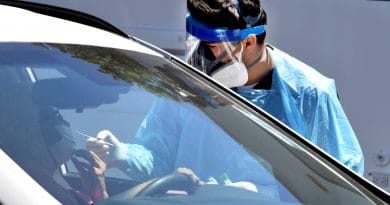 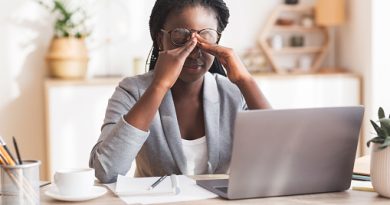 4 Ways to Reduce Stress and Boost Your Mood