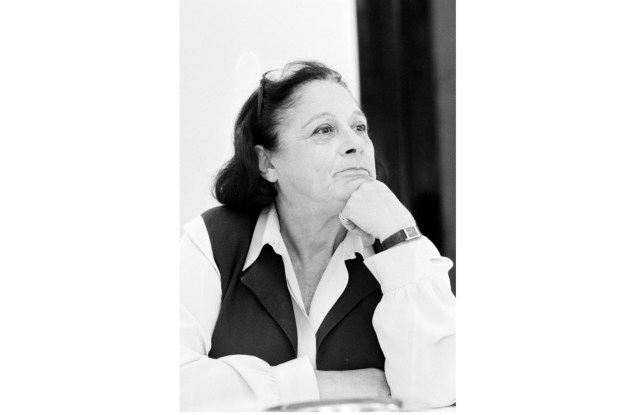 
Chloé and Gabriela Hearst are dedicating today’s fall 2021 fashion show to Chloé founder Gaby Aghion, marking 100 years since the date of her birth. Here, WWD reprints an article about her legacy from its Sept. 28, 2012, issue on the occasion of Chloé’s 60th anniversary. Aghion died two years later at age 93.

When Gaby Aghion founded Chloé in 1952 as an antidote to the stiff formality of haute couture, she did nothing short of revolutionizing fashion.

“She was shocked by how poorly French women were dressed,” her son, Philippe Aghion, recalled. “On the one hand, you had haute couture, for the very high bourgeoisie, but the majority of people were very badly turned out. She invented luxury ready-to-wear.”

Aghion herself put it somewhat less bluntly. “A lot of things did not exist in France,” she said. “Everything was yet to be invented, and this thrilled me.”

Born in Alexandria, Egypt, Aghion appeared destined for extraordinary things from an early age. The daughter of a cigarette factory manager, she met her husband, Raymond, when both were seven years old in elementary school. He was born into a wealthy family of cotton exporters, but displayed early stirrings of the social consciousness that would later land him in political exile.

“My parents were both appalled at the level of poverty in Egypt,” said Philippe Aghion, the Robert C. Waggoner professor of economics at Harvard University. “That does not mean my mother was a revolutionary, but she stood by my father and moved in those circles.”

Gaby and Raymond married at the age of 19. In Paris, too, the Aghions gravitated toward artists, becoming close to writers Louis Aragon, Paul Éluard and Tristan Tzara. Raymond opened an art gallery in 1956, specializing in modern art, according to Philippe.

“She thought of herself as an intellectual. Her aim was to bring a touch of poetry to fashion,” said retailer Jeannette Alfandari, founder of the Jeannette boutique on the French capital’s Left Bank. Alfandari opened the first freestanding Chloé boutique in 1972 and helped to develop the brand’s commercial strategy with Aghion and her business partner, Jacques Lenoir.

She remembers Aghion as a voluble presence, prone to addressing staffers as “my little kitten” — a perfect counterpart to the strict Lenoir. In matters of business, however, Aghion was nothing if not single-minded.

“I was carried away; it was like a tornado,” Aghion recalled. “I designed a small collection and decided to present it myself. I went to source the buttons, the fabrics. I was sticking my neck out. I was the client; I became the saleswoman. I encountered a lot of terrible disdain.”

Philippe Aghion also recalled the young Karl Lagerfeld coming to the company in the mid-1960s: “When he arrived from [the house of] Jean Patou, Karl was a shy individual. He and my mother made a fantastic team. He came into the spirit of Chloé. He would have so many ideas — sometimes my mother would say ‘No’ — but they were very complementary to each other. He expressed his creativity, but in the framework of Chloé.”

Though Chloé became famous for its vaporous chiffon dresses and softly tailored suits, Aghion’s personal style was steady: For decades, her trademark outfit has been a black tunic worn over a white shirt. “I always dressed in a very simple way,” she said. “I am not a socialite. I have friendships. I always said what I thought.”

Even after she sold Chloé to Alfred Dunhill Ltd. (now owned by Compagnie Financière Richemont) in 1985, Aghion remained friendly with the brand’s successive chief executive officers. The then-CEO Mounir Moufarrige invited her to watch Stella McCartney’s debut for the brand in 1997. “She sat front row and she cried,” he said. “It was in her heart.”

Moufarrige called Aghion a “pioneer” and a “genius,” not only for her timely fashion impulse but also her “strategy about how to put the brand on the map with distribution and advertising.” He noted she played a key role in forging relationships with department stores. 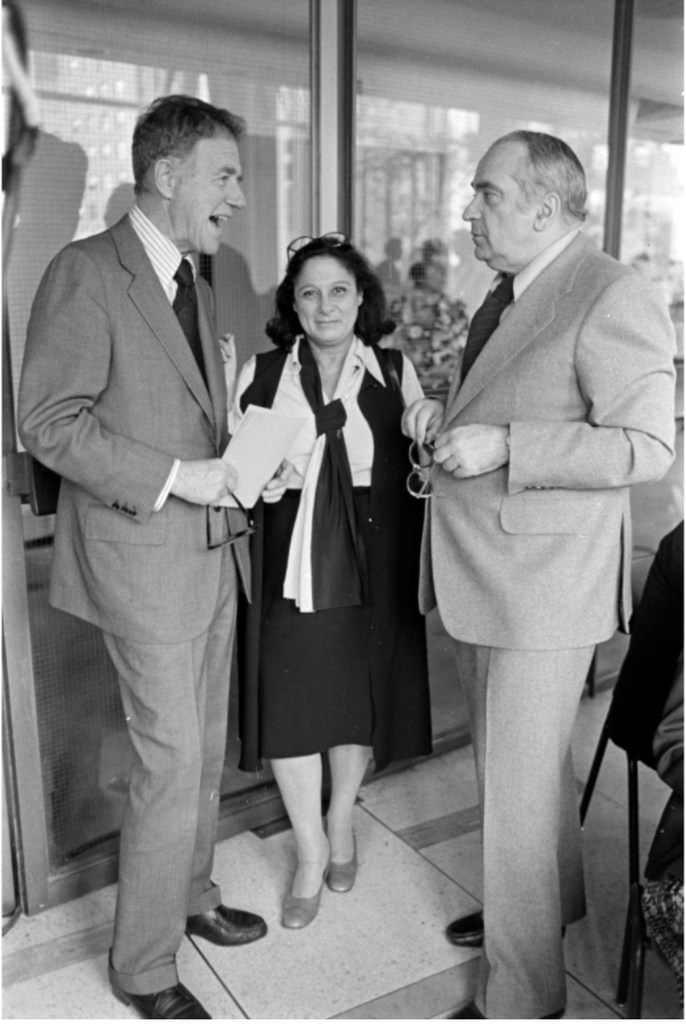 In retrospect, one of her chief innovations was giving her collection a brand name rather than her own moniker, whereas many of Europe’s biggest fashion players — Dior, Chanel, Prada, etc. — are truncated names from the founding designer. She named her brand after a good friend, Chloé Huymans.

As a working mother in the ’50s, Aghion was also a precursor. But Philippe stops short of calling her a feminist, preferring to recall his parents as a perfectly modern couple. “I never saw my mother serving my father, ever. That just wasn’t how things were done at home. There was no machismo. They were equals. Both worked — both were emancipated.”

Judith Clark, curator of the “Chloé. Attitudes” exhibition marking the brand’s 60th anniversary, said that even at her advanced age, Aghion remains an inspiration.

“She’s the most charismatic, extraordinary woman with the most youthful eyes in the world,” Clark said. “She has the eyes of a 20-year-old, and she’s incredibly seductive and full of energy. She’s very open. I think that must have been key to allowing different designers to express themselves with her brand.”