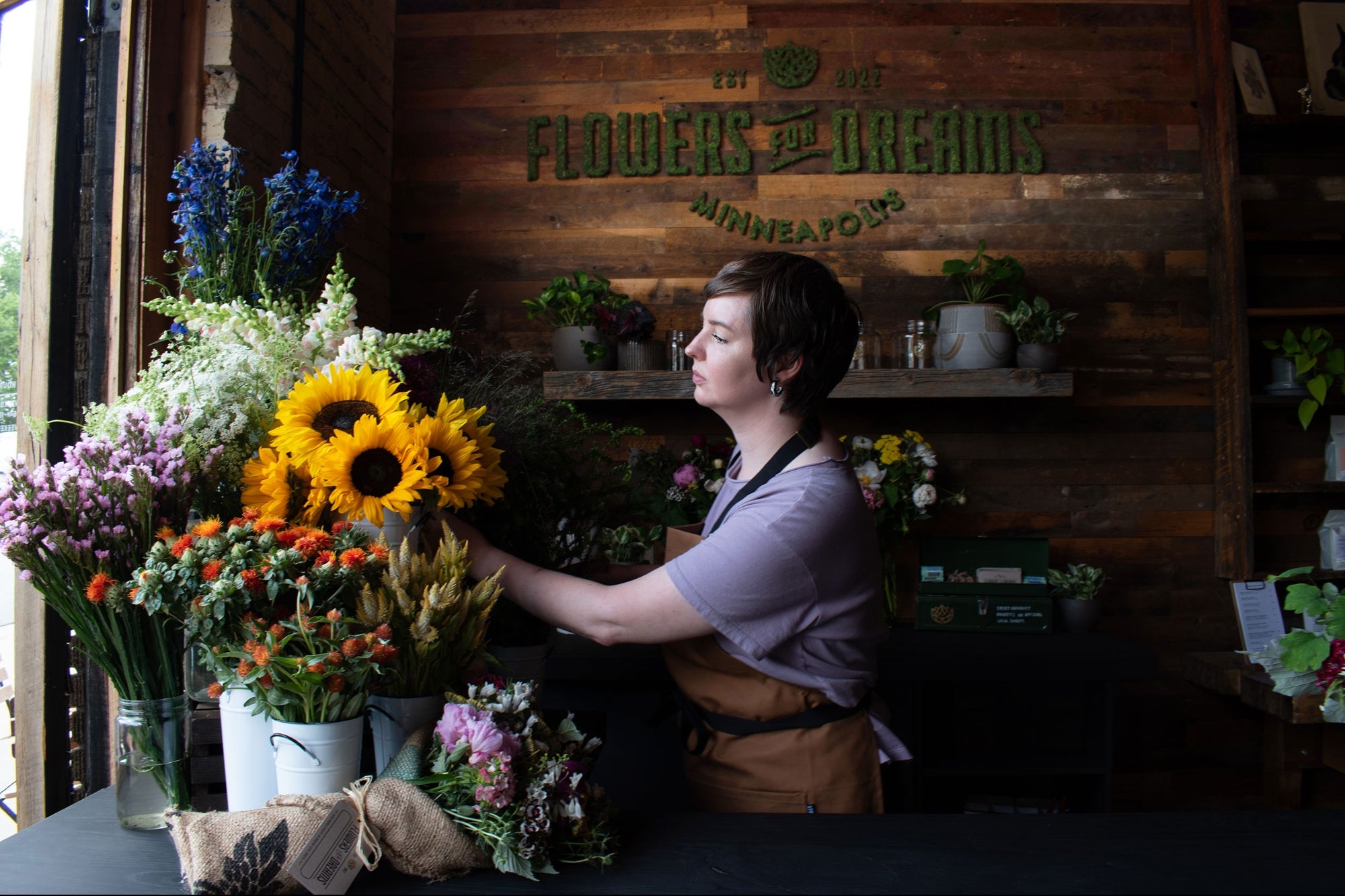 Flowers for Dreams co-founder and CEO Steven Dyme never set out to make his mark on the floral industry.

Dyme describes his story as “super accidental” — a nontraditional narrative fittingly reminiscent of the brand itself, which bills itself as an “everyday” floral delivery company committed to supporting local charities.

Since Dyme and his co-founder Joseph Dickstein launched the company in 2012, Flowers for Dreams has donated more than $1 million to 200-plus organizations with focuses on housing and homelessness, mental health, BIPOC communities and more.

The company even formed its own nonprofit, The Flowers for Dreams Foundation, to maximize its impact on local causes — and it donated nearly $250,000 in 2021 alone.

Though Dyme wouldn’t have called himself a “flower person” back then, once he and Dickstein got the company off the ground, Flowers for Dreams never wavered in its pledge to sell accessible bouquets and give back big time (more than 25% of its net profits to date) — even when it required some tough decisions. 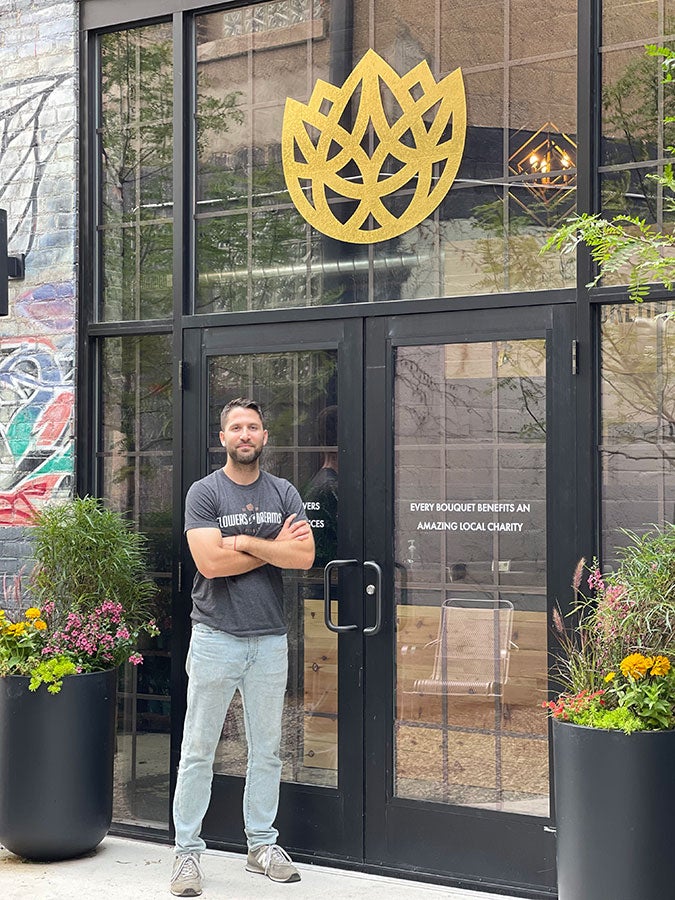 It all began when Dyme, who grew up in Illinois, went off to college. He decided to attend the University of Wisconsin-Madison, and because he’d chosen to go out of state, he and his parents agreed he’d be responsible for a portion of the cost.

That meant Dyme was looking for a side hustle “right out of the gate.”

He DJ’ed for house parties and worked in the cafeteria before he discovered one of his friends came from “a flower lineage” — his dad was a big wholesale florist in New England.

By the end of the day, florists and wholesale florists both have a lot of spoilage, most of which ends up in the garbage, so the friend and his brother would often buy the excess that wasn’t sellable to other florists and bundle them into bouquets, selling them at low prices in opportune places: outside of college graduation ceremonies, at gas stations on Mother’s Day.

“I wasn’t even a business person at this point,” Dyme says, “but I knew that buying something for $0 to $5 and selling it for like $20, $30, $40 was a good margin. So I went after it, and I did the exact same thing [as the friend] originally: His dad shipped [to] me, so I just paid for the freight and the excess flowers, and then I started knocking on doors at wholesalers in Chicago, and I became a flower peddler.”

Related: Fed Up With Bad Bouquets, These Friends Created the ‘Etsy for Flowers’

“I had this seasonal business I really enjoyed, making people happy, delivering a bouquet and helping support people with charitable work on the other end.”

Dyme and five of his friends (one of whom would become his co-founder) built the venture as a summer side hustle in his hometown after that first year of college. They’d meet in Dyme’s parents’ garage, which they turned into “a makeshift cooler” complete with a tarp and two air conditioning units (“They blew out because you can’t keep them permanently running at 55 degrees in the summer.”)

That same summer, Dyme was volunteering for a student group called Supplies for Dreams (the eventual inspiration for Flowers for Dreams’ name), which provides materials to students in Chicago public schools.

Although the term “social entrepreneurship” wasn’t yet in Dyme’s vocabulary, that’s exactly what he was doing. That first summer, they donated more than 500 backpacks filled with school supplies.

“It became this really fulfilling thing for me where it was like, ‘Okay, we can make money and make a difference. We’re a little case study in profit with purpose,'” Dyme recalls. “And that led me down this winding road into the floral industry, where by the time I was graduating, I had this seasonal business I really enjoyed, making people happy, delivering a bouquet and helping support people with charitable work on the other end.”

Related: How Social Entrepreneurship Can Level Up Your Success

“It’s a little grimy of a business when you get to that level, and it was really tough.”

Dyme and Dickstein officially launched Flowers for Dreams, then called Lakeshore Roses with a “Roses for Dreams” initiative, in 2012. Their goal was to grow a simple flower delivery company committed to a “cool aesthetic” and give-back mission.

“People knew us early on in downtown Chicago as the guys with wood crates delivering bouquets on bikes,” Dyme says.

In those early days, the co-founders also had to figure out just how much of their profits they wanted to pour into charitable causes — a brainstorming session that resulted in the lofty 25% figure written on the back of a napkin. Though it “made no sense and was not practical at the time,” remarkably, the number stuck.

And it put Flowers for Dreams in a unique position years later, when the pandemic and social unrest of 2020 came to pass. “Customers [wanted brands to] be more activated around civic, social and political issues,” Dyme explains. “And we’d been doing it already. So we were getting a lot more attention; we grew a lot. Using our product to advance causes of justice is our mission and has been our mission since we started.”

Around that time, the company also made a significant pivot away from the lucrative wedding business “that took on a life of its own” when fans of the brand began requesting bouquets for their big days. 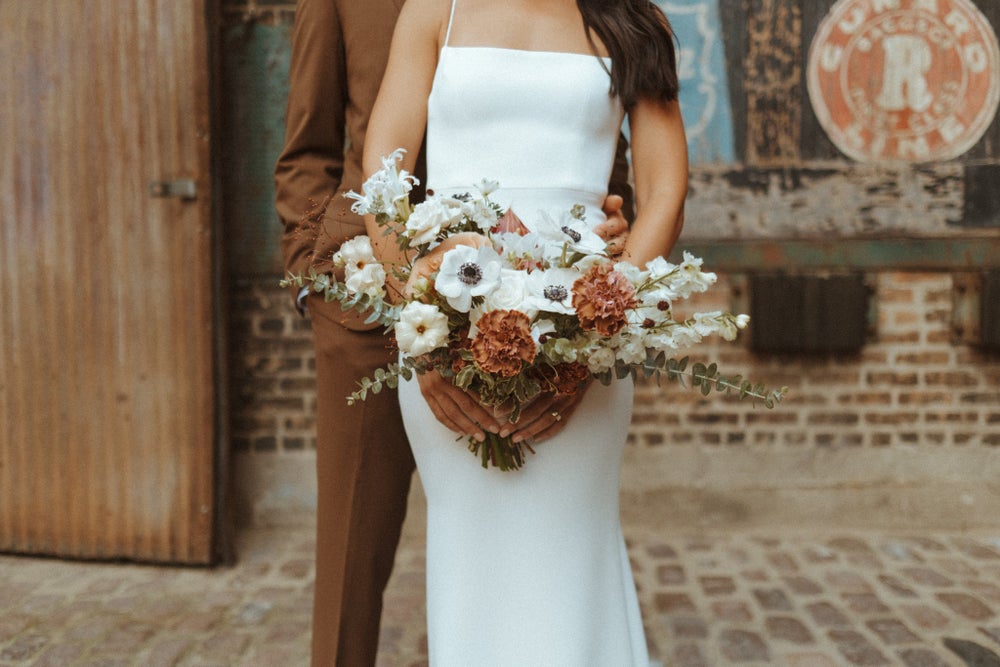 “We didn’t have a well-defined wedding mission and offering the way we did for daily business,” Dyme says. “With weddings, we had no minimums, [but] we also were doing flowers for the wealthiest 1% clients and paying planners a portion and venues a portion — it’s a little grimy of a business when you get to that level, and it was really tough.”

Flowers for Dreams was becoming something the co-founders didn’t want it to become, so Dyme and Dickstein decided to stop their high-end wedding business once and for all.

The decision was monumental: Not only did it allow the company to firmly replant its roots in accessibility, but its wedding business is booming. Today, Flowers for Dreams is an eight-figure business.

“Customers are discerning and savvy, and you can’t just say things that you can’t back up.”

Flowers for Dreams has evolved a lot over the past decade — and in the past few years. But those difficult conversations have given the company a chance to flourish like never before, hitting staggering donation milestones as it continues to expand throughout the Midwest to Illinois, Indiana, Iowa, Michigan, Minnesota, Missouri, Ohio and Wisconsin.

Up next on the immediate agenda? Preparing for the sales spike it expects to see on Valentine’s Day in just a few weeks.

“We see about six times our traffic during the week [of Valentine’s Day] and almost 15 times on the day compared to normal website traffic,” Dyme says. “So it’s just a bonkers type of experience. Our business is very like that; it’s super seasonal and cyclical.”

“One of the hardest things is hiring all these drivers and training drivers with flowers, which are different than delivering pizza, in a hurry to deliver all our flowers for a couple of days,” Dyme continues. “And then they go — so how do you get them to care and be committed? So it starts now. We have to get more space; we get more staff. And it’s all for those 48 hours.” 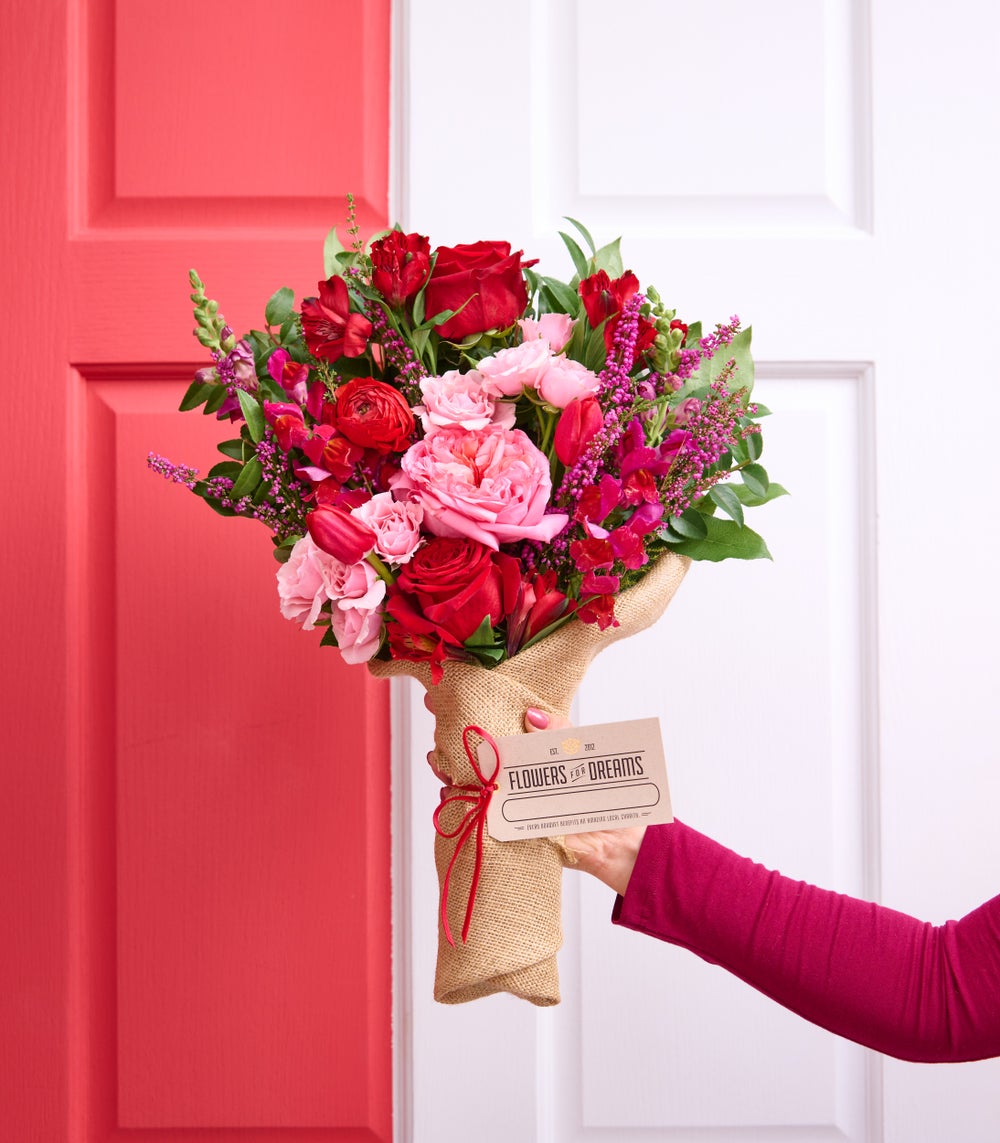 Flowers for Dreams’ journey to full bloom has been years in the making, and along the way, Dyme has learned a couple of important lessons when it comes to running a socially conscious business.

First, the business owner has to care — deeply. “This can’t be someone you hire or some division and say, ‘Hey, you go care about this and try your best to advocate for it,'” Dyme says. “You can have that as well, but it’s gotta come from leadership, from ownership. Because you’re going to get tested so many times.”

Transparency and authenticity are also key, Dyme says: “Most people are going to catch on to the BS now. Customers are discerning and savvy, and you can’t just say things that you can’t back up. We’ve just outlined this ambitious environmental roadmap through 2025, which is super hard in our business because there are so many perishables [and] a lot of waste. But we’re trying to set the bar. A lot of companies say they’re trying to be carbon neutral, but then don’t explain how.” 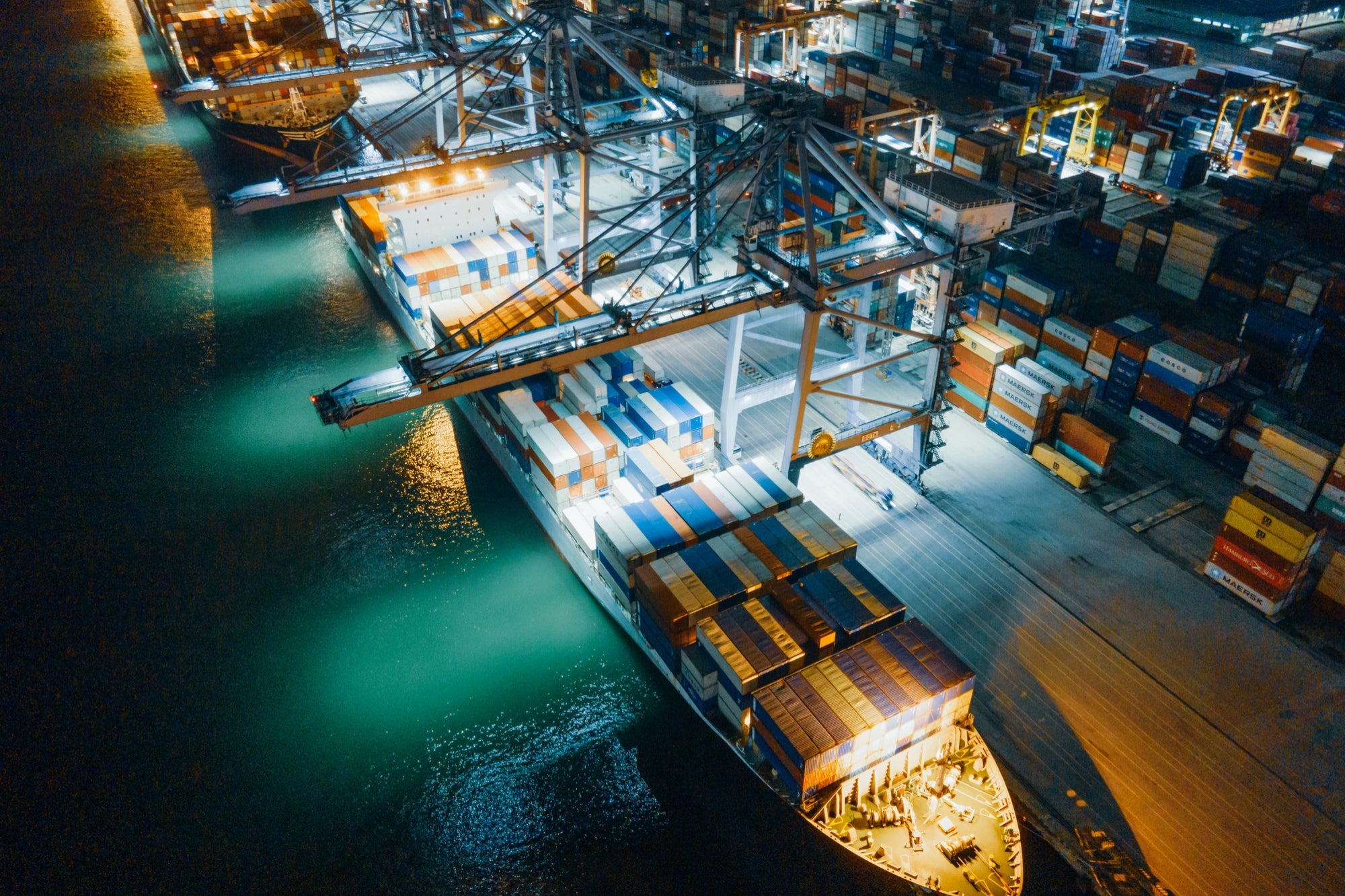 Click & Collect Technology Is Reshaping the Ecommerce Industry. Here’s How. 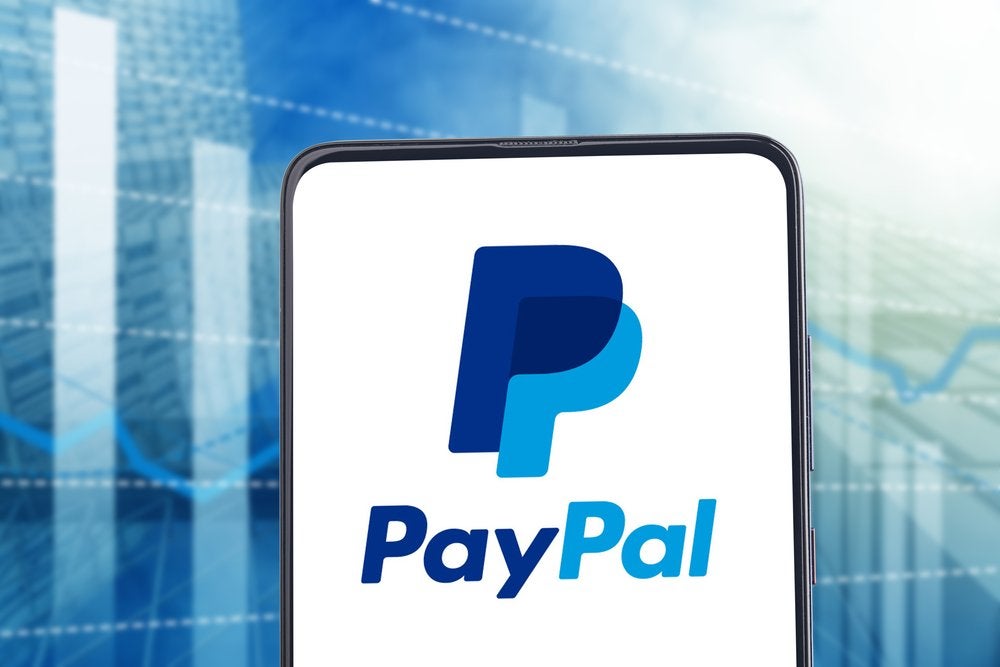