New York’s Cafe Forgot sells all types of funky fashion, but it’s the hot pink and acid green rings that the independent boutique can’t seem to keep in stock.

The polymer clay and resin jewellery, from Mexican designer Sofia Elias’ Blobb, look like something you’d win from a gumball machine. Shoppers go crazy for them, often buying several at a time — at $50 a pop. Blobb rings will soon appear at London’s Selfridges and Domicile Tokyo in Japan.

“They’re like little abstract paintings come to life,” said Shannon Marie Watts. “[The rings are] happy and a bit innocent — things that I think have been lost in recent times.”

Plastic charm bracelets, candy-coloured rings, pony bead necklaces peppered with letters and emojis and other kitschy jewellery are one of the more whimsical trends to emerge from the pandemic. Balenciaga’s colourful bracelet spelling out the brand’s name in beads sells for $450 and Bottega Veneta’s floral beaded necklace became notorious last month for its eye-popping $3,390 price point. But shoppers are also snapping up similar necklaces for $18 at Urban Outfitters.

Camp jewellery sits at the nexus of several trends that are set to dominate post-pandemic fashion. It’s a pivot from delicate, minimalist jewellery that Instagram, as well as boutiques like Brooklyn’s Catbird, helped popularise a few years ago. Like crop tops and mom jeans, the items evoke the 1990s for nostalgic Millennials and curious Gen Z-ers. And they are the sort of bright, bold and unique statement that many post-pandemic shoppers will be craving.

“The shopper has learned that she really has everything she needs,” said Kleman. “So if she is going to spend, it’s going to be on something that is unequivocally different and something she can’t live without.”

The infamous Bottega necklace marked the moment this jewellery style went viral — the necklace “resembles jewellery made by children,” The Daily Mail sniffed. And while it’s true that the style mimics pieces that are made by kids at summer camp, often out of cheap plastic beading, there’s a reason customers are willing to shell out for them.

“For many shoppers, it wasn’t about going cheap but about spending on something that resonates with them,” said Ruth Faulkner, editor of Retail Jeweller, a trade magazine. “Shoppers were willing to spend a lot on something that moved them.” 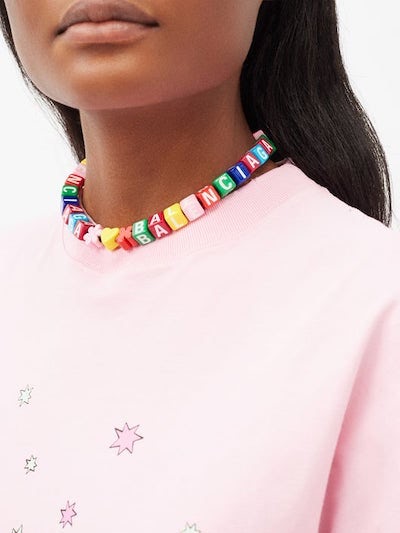 The trend had been bubbling since last summer when wealthy shoppers on lockdown hunted for fun pieces to buy.

“I read through all our DMs and people are telling me that they miss smiling, laughing, making connections and this kind of jewellery gives them that,” said Roxanne Assoulin, a jewellery designer who had been making beaded designs for several years, and saw a 20 percent jump in sales in 2020.

“These pieces have emotional value because they make shoppers feel good and secure,” said James Abramson, who runs the ’90s fashion Instagram account @90sanxiety. “They remind you of your childhood but they also have a designer touch to them so they spark extra feels.”

Sonya Abrego, a fashion historian and professor at Parsons and Fordham, said camp jewellery fits in with the DIY aesthetic that’s become popular in fashion. She sees the style as a reaction to the “curated, Instagram-perfect vibe.”

These pieces have emotional value because they make shoppers feel good and secure.

“These necklaces aren’t so slick or polished, and we’ve been fed highly stylised fashion imagery for a really long time so this is all push back on that,” Abrego said. “The visual world is too slick and the kids are over it.”

Where the trends that came out of the 2008 recession included minimalism and quiet luxury, Shakaila Forbes-Bell, a fashion consumer psychologist based in the UK, predicted shoppers will be rushing to buy loud, eccentric statement pieces this year. 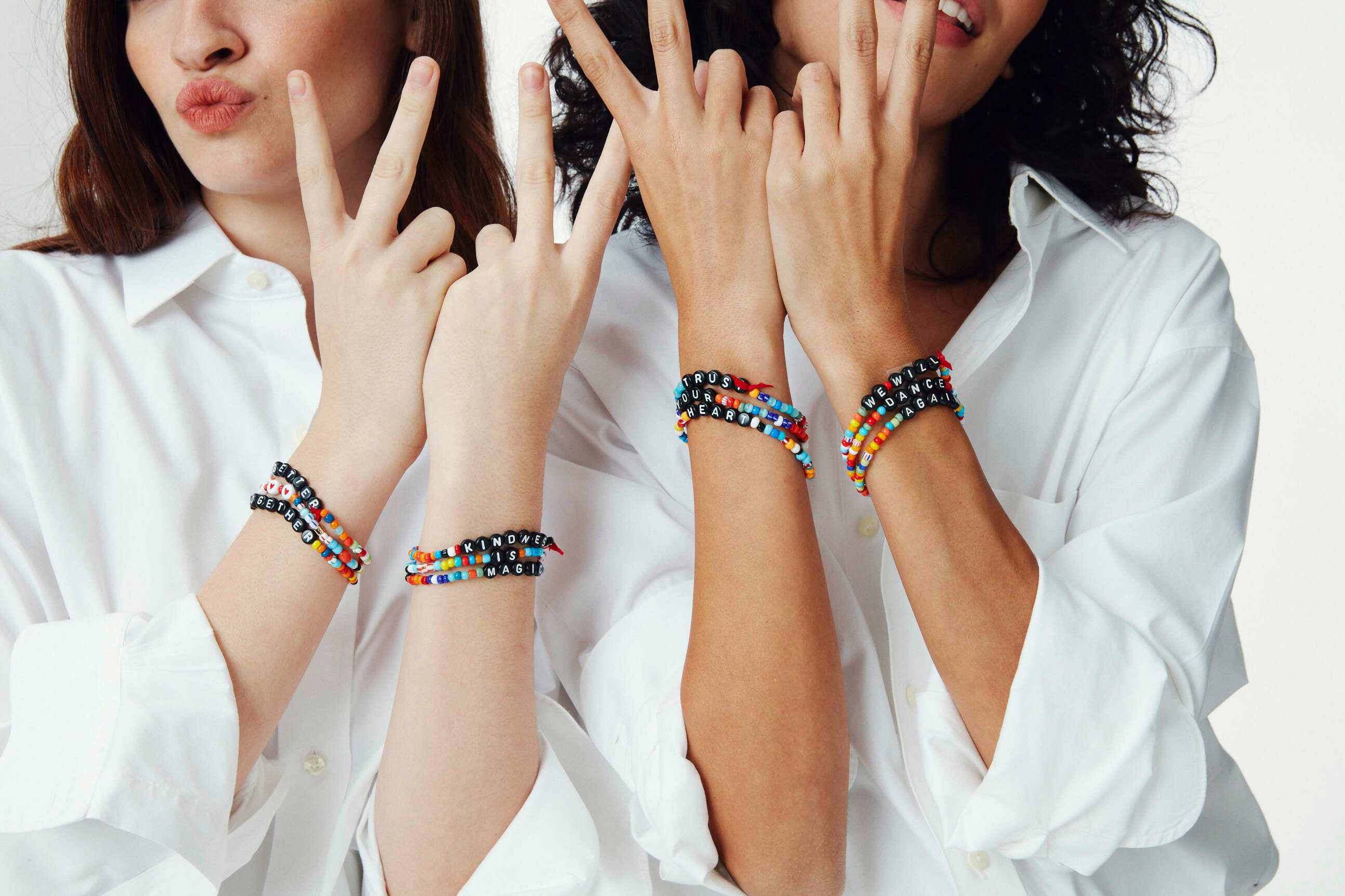 “We want to buy bright, child-like pieces that make us feel hopeful during very dark moments,” said Forbes-Bell. “People are desperate to inject a sense of fun and playfulness into their wardrobe after a year of lockdowns and sweatpants.”

Elias, the Blobb designer, said she’s prepping for the post-pandemic statement piece rush by expanding into brightly coloured bracelets made out of recycled plastics. She’s going to sell them at a higher price point too, she said, after seeing the appetite for her $50 rings.

“I think people want these weird little things to wear,” she said. “And they want them to be one of a kind and delicate, so you can really care for them. Shoppers want to care for their little pieces.”

How Will the Jewellery Market Weather Covid-19?

How to Communicate and Connect with Gen-Z Consumers