Racism has been around forever, it seems. It is a topic within the halls of Congress. People are always claiming that they are not racist, but racism does not go away. Why does racism continue when so many people profess to be for equal rights for all?

Colin Kaepernick tried to bring the problems to the attention of the public nearly four years ago when he took a knee during the National Anthem at a professional football game in which he was a star player. Then other players joined him. Instead of focusing on the purpose of his taking a knee, he was criticized severely for being against the flag of the United States of America and against the military. That was not the case.

He has stated in interviews that he was using the position he had to make people aware of the inequality in this country and the brutality which was often exhibited by the police against black men. He realized that he had a platform where others did not so he tried to use it to make the public aware. He didn’t do it for himself, but he was trying to make a better world for others. Instead, he was accused of being un-American and against the military. He subsequently lost his career over it and was apparently black balled in the NFL.

Growing up as a part black person with a white birth mother and a black father and having been adopted by a white family, his experiences were not entirely the same as many black people who grew up in various parts of America. Even those who have become rich and successful still felt they had to warn their black sons of the problems they could face if ever confronted by the police. Racism was not dead and could be used against them for no cause or little cause. He was doing what he did for others who could use a voice and platform.

Black professional athletes are the bread and butter for professional sports leagues. With over 70% of the players being black on most teams, professional sports would suffer without them. They are extremely important to the franchises and the owners of the teams. Yet they and their concerns over racism have not been addressed. Even when the NFL finally came out with an initial statement that they support Black Lives Matter, there was no mention of Colin Kaepernick.

Perhaps if the NFL, NBA, MLB, and others had listened four years ago, all the turmoil and chaos from George Floyd’s murder might not have happened. Indeed, maybe that untimely death would not have occurred if those issues of police brutality against black men had been rectified back then.

African Americans are not the only ones who have suffered racism. Asian Americans, Latinos, Native Americans, and many others have suffered as well. Japanese Americans faced extreme racial hatred during World War II when 120,000 innocent people were forcibly removed from their west coast homes and imprisoned in American concentration camps. It was a mass incarceration through racial profiling which was a result of racism and hatred.

Yet it is unlikely that any other ethnicity has suffered such racism as some black people routinely face simply for the color of their skin. There may be people who are guilty of some crime who are harassed by the police, but there are too many unarmed and innocent black people, men particularly, who face hardship and persecution simply because of how they look.

Although most police officers are likely caring and compassionate individuals, it is a difficult job and there is still too much racism among law enforcement and the general public. It will not go away until there is more care, love, understanding, and acceptance in the world. Hate fuels racism, and it is still a huge problem.

Hopefully, the peaceful protests after the untimely death of George Floyd will result in meaningful changes coming about in the United States. It will take a lot of people changing their minds and attitudes. It is gratifying to see so many white people and others uniting with the black community in the concerns which have been raised so many times in the past.

Racism has no place in society and should be eradicated. It is time for people to do their part, to give back if possible, and to make this a better world for all people.

Fire and flood: ‘Whole areas of Australia will be uninsurable’ | Australia news 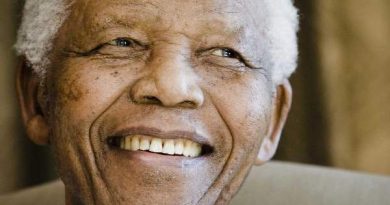