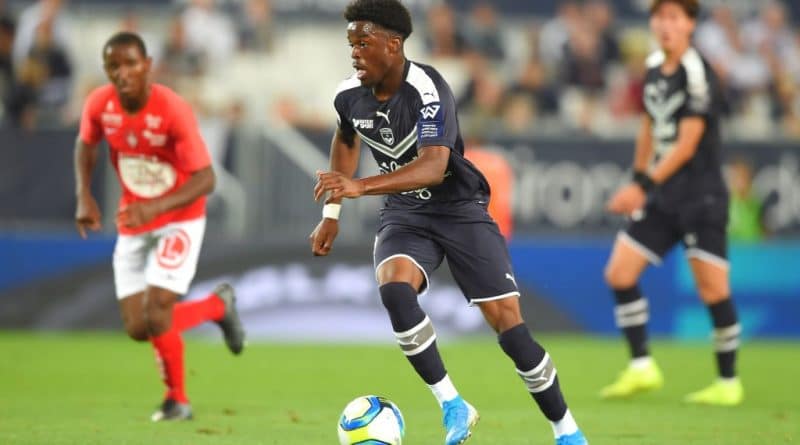 Nigeria recently played two international friendly games against Algeria and Tunisia, but there was no place for Josh Maja.

The Bordeaux striker has been sidelined from the Super Eagles since he made his debut in a 2-2 draw against Ukraine last year.

Maja was born in London to Nigerian parents and played with the youth teams of Crystal Palace and Fulham while growing.

But it was at Sunderland that his talent caught the eye of many. The 21-year-old joined the Black Cats youth team from Manchester City in 2015.

After three years in Sunderland’s youth teams, Maja finally made his debut for the club’s first team. Clubs took notice of Maja after scoring 17 times in 49 games in his first full season as a first-team player.

Bordeaux eventually won the race to sign the Nigerian, paying 1.7 million Euros for his services in January 2019. It did not take long for Maja to settle at Les Girondins.

This season, he has two goals in seven games for Jean-Louis Gasset side. However, despite Maja’s decent numbers, he is still being ignored by Super Eagles manager, Gernot Rohr.

The German tactician invited 25 players for the squad that played against Algeria and Tunisia, but it was a surprise to see Maja left out.

Although the Super Eagles are blessed with quality in attack, Maja offers something different. The 21-year-old plays as a centre forward, but he could also operate behind the striker and on the flanks.

Often, Maja drops deep to pick up the ball, while his link-up play is a delight to watch. This is a quality that the Super Eagles lacked in the games against Algeria and Tunisia.

In the clash against the African champions, Onuachu led the line, but he did not offer any threat due to the team’s tactics.

Standing tall at 2.1m, Onuachu had to drop deep to receive the ball, and that reduced his threat as he operates from the box.

Before the match, Rohr had warned Onuachu, who has eight goals for Genk this season, that he would need to adapt to the team’s style.

This begs the question on why Maja was not invited given he fits into the style Rohr wants to play. Victor Osimhen is Nigeria’s undisputed centre forward, but he missed the encounters, and that should have given Maja a chance.

It was more of a surprise when he was not called up as a replacement for the Napoli striker as he was on the standby list.  Maja would have fit in perfectly into the tactics Rohr employed for the two games against Algeria and Tunisia.

Also, he has had a decent start to the season compared to some of the attackers Rohr invited for the two games in Austria.

While it’s true that a coach prefers to stick with his trusted stalwarts especially when nothing is broken, Rohr invited six new players for Nigeria’s games this month, which makes it hard to justify Maja’s exclusion.

Nonetheless, the Super Eagles return to action when they take on Sierra Leone in a doubleheader Africa Cup of Nations qualifier, and it is only proper Rohr names the Bordeaux striker in his squad for the two games.