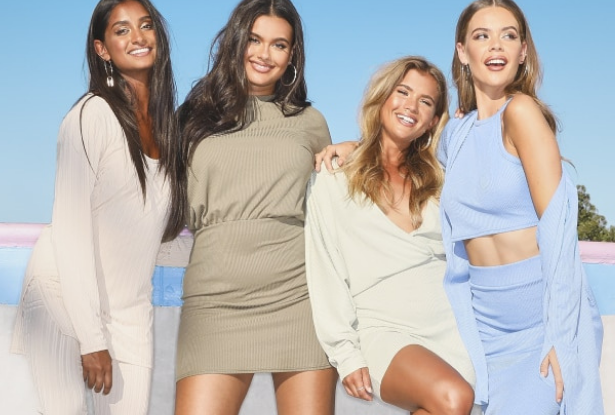 
The first thing that comes up during a Google search for the words “why Boohoo” is “why Boohoo is bad,” along with “why boycott Boohoo.”

Despite a booming year in terms of financial gains, Boohoo is back in the headlines again on claims of forced labor. The company’s stock fell more than 5 percent on Tuesday following a report that the U.S. Customs and Border Protection agency has already begun to investigate with considerable cause as it vets a variety of grassroots sources.

“Are we going to see more attention to industries like the apparel industry? — I definitely think that’s the case. Too much of it begs the question,” said Duncan Jepson, managing director of Hong Kong-based charity Liberty Shared. “As these cases occur, more is understood on how to create accountability, to create pressure. We’ll expect greater engagement.”

At the beginning of February, Jepson’s firm submitted two petitions to the CBP concerning forced labor in businesses in the U.K. apparel industry. Boohoo plc — the Manchester-based fast-fashion company that manufactures half of its products in the U.K. — was the target of the first petition, while the second (and more all-encompassing) one targeted the apparel producing region in Leicester, save for a couple exceptions.

While Boohoo denied any knowledge or communication with the CBP and stressed the utmost confidence in the actions it is taking, reasonable confidence that its products are made without forced labor, wholly or in part, is also what the company will need in the future.

When reached for comment a spokesperson for the CBP said “as a matter of policy, CBP does not comment on whether it is investigating specific entities.” The initial investigation is underway (as confirmed by documents viewed by WWD), but it would likely take months before a decision is reached to issue a withhold release order (WRO) as it has with past trade cases within textiles, including cotton from Xinjiang.

Since September, Boohoo has been spearheading its agenda for change following an independent report which proved the company’s supply chain due diligence “inadequate,” adding new executive appointments to address its corporate governance and supply chain management. In the past, the British Parliament has promised action on labor abuses, but only recently was major headway seen. In January, the U.K. announced steps to mitigate human rights violations in regards to Xinjiang cotton, including an overhaul of the Modern Slavery Act, with eventual legislation designed to strengthen the act.

But long before the initial London Sunday Times investigation called Boohoo into question for labor abuse problems this July, problems have persisted in the Leicester apparel industry — without true binding accountability.

Since the early 2000s, Leicester East has seen criminal malpractice in apparel manufacturing, difficulties in the provision of social services and criminal justice and in community engagement, as noted in the Liberty Shared report. In a July letter addressed to the government seeking pay justice for garment workers, the British Retail Consortium estimated workers to have lost 27 million pounds in unpaid earnings since July. A report published earlier this year by the U.K. Office for National Statistics found sewing operators to be among the highest rate of deaths involving COVID-19, among machine operations.

Condoning a full stop to “ultra-fast fashion brand Boohoo” in its tracks, Ayesha Barenblat, founder of human rights nonprofit Remake believes an era of renewed fervor for supply chain transparency and worker’s rights should cause every company to answer to its growth.

Over the past year, Boohoo saw blockbuster performance with revenue in 2020 at 1.23 billion pounds, up 44 percent on the previous year, while pre-tax profit was 92.2 million, a 54 percent gain on 2019. The company has for the past 12 months been on a buying kick, adding three former Arcadia brands — Dorothy Perkins, Wallis and Burton (25.2 million pounds); department store chain Debenhams (55 million pounds), and Oasis and Warehouse (5.25 million pounds in cash from Hilco Capital Ltd.).

“Workers have consistently shared grueling hours, illegally low wages far below minimum wage and subhuman working conditions. No amount of auditing and cutting suppliers when allegations surface will fix this because the types of prices Boohoo pays directly results in modern day slavery,” she added. Her nonprofit, together with the independent labor watchdog Worker Rights Consortium, recently held a press conference, a year following the launch of its #PayUp campaign that helped recoup billions in owed wages.

“The 20th century was about benefit and profit. Nobody really looked over their shoulder and said ‘We should be held accountable for this, but now we have people questioning fast fashion,” Jepson said. He pointed to generational values differences among Millennials and Gen Z cohorts opening up increased questioning of not only individual apparel products but entire systems.

What about the rest of the fast-fashion business?

“It will have to be mostly incremental change,” said Jepson, saying how environmental and social causes are more subtle, complicated and nuanced especially in far-flung global industries like fashion. “What can stimulate an incremental change can be something quite dramatic like this [set of petitions].”

Recently, cross-sector alignment has been championed by fashion, and with the CBP closely examining the sector’s latest score of labor infringements — momentum hasn’t waned.