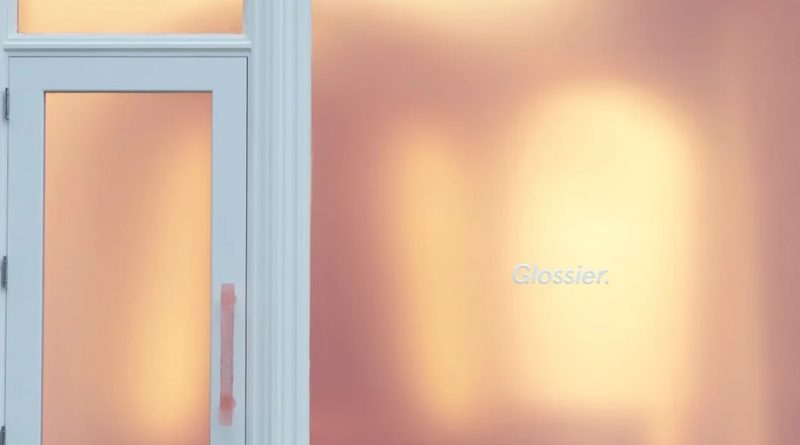 NEW YORK, United States — Last week, a group of anonymous people who say they are former Glossier retail employees documented multiple incidents where they experienced racism in the workplace. In their statement, they also said the beauty brand, known best for its prescient marketing, took advantage of lower-paid workers by asking them for feedback on new products (without additional compensation) and excluding them from company events, like the corporation’s annual Camp Glossier retreat.

Glossier responded via Instagram a few days later, stating that retail employees first approached the company about these matters in June and outlining the steps it has already taken, and is currently taking, to address them. But most of those calling for change will not benefit directly from Glossier’s actions.

That’s because on August 7, Glossier announced that it would not reopen its stores in New York, Los Angeles and London until 2021, permanently laying off its retail employees, who were furloughed since the beginning of June. While most of Glossier’s sales are made online, its retail outposts, which regularly garnered queues out the door pre-pandemic, are important marketing tools for the brand. Keeping their doors shut through the end of the year couldn’t have been an easy decision.

Glossier offered its laid off employees 12 weeks of severance pay — and for those on the company’s health insurance scheme, coverage through October. That could be considered generous compared to what many of the thousands of laid off retail workers in the US and abroad will receive.

Around the world, fashion’s retail workers are bearing the brunt of the crisis. At the peak of the lockdowns in March, US companies laid off 1.2 million retail workers, according to the Bureau of Labor Statistics. Just this week, British high street mainstay M&S announced that it would eliminate 7,000 roles across the company, with 12 percent of store staff affected. These numbers are set to grow as government support like the Paycheck Protection Program in the US and furlough and job retention schemes in Europe end, forcing companies to decide the fate of their employees.

Fashion and beauty brands couldn’t function without their frontline retail associates, which make up the vast majority of workers at companies large and small, luxury or not. But some of these workers — like so many people in society whose vulnerabilities have been exposed by the crisis  — have not been treated well with low pay, poor benefits and little or no job security.

Brands may feel that they can only do so much for their retail workers: especially now, in the middle of a once-in-a-lifetime economic and public health crisis. But like Glossier, they should start by listening to their store associates. (Glossier has promised to compensate any employee, current or former, who would like to offer further feedback in one-to-one sessions.)

For fashion and beauty brands to begin treating store employees like the truly essential workers that they are, salaries will likely have to be recalibrated, and other incentives and forms of compensation — such as sales commissions — considered if not already in place. In the past, many retailers ran corporate training programmes; this was the way many store staffers moved up in the business. Many of these programmes have been eliminated over the past decade, but should be reintroduced in more modern, personalised ways.

If corporations don’t act, the government may step in. This week in California, Uber and Lyft have threatened to shut down their operations if they are forced to comply with new state regulations that require the ride-sharing companies to classify their drivers as employees, not contractors, and thereby improve their pay and benefits.

Calls for tougher regulations and support for low-wage workers is only going to grow in the coming years — smart fashion companies would do well to get ahead of the issue now.

THE NEWS IN BRIEF
FASHION, BUSINESS AND THE ECONOMY 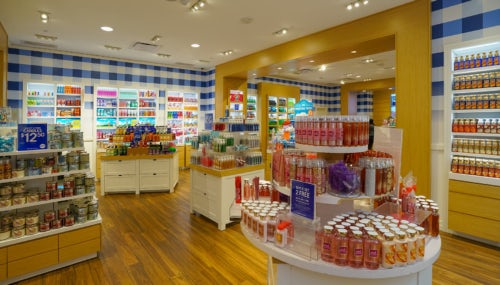 L Brands reports 63 percent surge in same-store sales. The growth was fuelled by its Bath & Body Works brand. A growing consumer interest in Bath & Body Work’s sanitisers and hand creams led to a 123 percent surge in the brand’s comparable sales in the second quarter. Victoria’s Secret also reported an increase in sales of 28 percent in the same quarter. Despite the uptick in sales, the company declared a quarterly net loss of $49.6 million.

T.J. Maxx-owner forecasts current-quarter comparable sales to drop up to 20 percent. The retailer, struggling with its supply chain, reported a second-quarter decline in sales too. TJX said overall net sales dropped 32 percent to $6.67 billion due to extensive store closures for nearly one-thirds of the quarter. The retail chain has been affected by a slow back-to-school season as more schools delay their reopening plans, and has grappled with logistical issues due to coronavirus-induced delays.

Target sees record sales since March. The American retailer’s comparable sales rose 24 percent in the second quarter ended August 1, almost three times the estimate of 8.6 percent compiled by analysts. Target declared a 10.9 percent increase in comparable sales for its physical stores, which indicates that the retail can still attract weary shoppers. Target also reported 10 million new online customers in the first half of the year.

J. C. Penney shareholders at risk of wipeout want voice in court. An informal group of share owners — earlier given $250,000 to research alternatives to the retailer’s bankruptcy — is pressing the judge to recognise it as an official committee. This would mean J.C. Penney would have to pay the group’s legal and financial advisory costs. The group argues a liquidation would generate more than $8.4 billion, enough to pay off all creditors with some left over for shareholders.

Landlords refuse to give Ascena a break on rent. The bankrupt owner of the Ann Taylor and Lane Bryant asked for a deferral in July, but a group of landlords argue it isn’t reasonable because most of the company’s stores are operating despite the pandemic. The landlords also stated that Ascena’s request suggests it doesn’t intend to pay rent and will use the deferral period to seek lease concessions.

Selfridges partners with a clothing rental company. The department store has teamed up with online fashion rental platform Hurr to seek out younger shoppers who are increasingly concerned with fashion’s negative environmental impact. Selfridges also has plans to sell vintage clothes curated by Vestiaire Collective for six weeks starting September. Shoppers will be able to sell accessories to the department store for credit as part of the programme.

Debenhams appoints advisers as it plans for possible liquidation. The struggling department store chain said it would cut a further 2,500 jobs, while taking “all necessary steps” to give the business every chance of a viable future. Debenhams has turned to Hilco Capital to draw up contingency plans for a possible bankruptcy, which could occur if an attempt to sell the business fails. 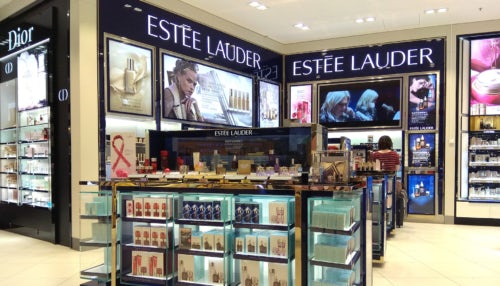 Estée Lauder to cut 2,000 Jobs as Covid-19 hits sales. The cosmetics maker said quarterly sales will fall by up to 13 percent and plans to close 10 percent to 15 percent of its free-standing stores. The move comes as consumers shift online. Estée Lauder said it anticipates restructuring costs and other charges to total between $400 million and $500 million.

Fitness retailer Sweaty Betty reportedly preparing for $524 million sale. One of the company’s largest backers is consumer-focused private equity firm L Catterton, which invested in the brand in 2015. Potential buyers could include large retailers or a private equity firm, although deliberations remain private. Athleticwear has seen a Covid-19-induced boost in recent months as house-bound shoppers turn to at-home workout gear in a bid to stay healthy. 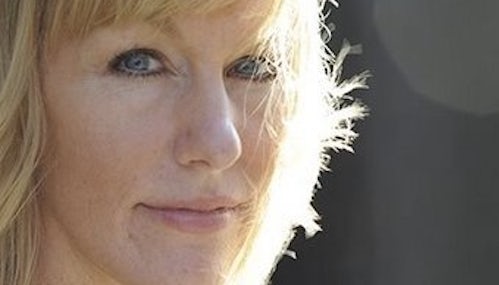 Jennifer Johnson named new fashion director of Macy’s. Johnson has been appointed ready-to-wear fashion director of Macy’s where her responsibilities will include trend forecasting and product curation. Johnson, who first started working at Macy’s in 2006, previously held the position of director of creative marketing integration and production. She replaces Suzanne K. Anderson, and will report directly to Durand Guion, vice president of Macy’s fashion office.

Marc Rey steps down as president and chief executive of Shiseido. Rey’s resignation is effective as of September 6. He will be replaced by Chief Financial Officer Ron Gee who will take on the role of interim CEO. During his time at Shiseido’s helm, Rey led the company’s acquisition of Drunk Elephant and Laura Mercier as well as the global beauty license for Tory Burch.

Farfetch sales soared during lockdowns. The fashion marketplace sold record levels of merchandise and cut down on its losses as luxury shoppers pivoted online. Farfetch said the total value of products sold jumped by 48 percent year-over-year to $721 million in the second quarter, leaving the company with $365 million in revenue. This surge in orders was caused by 500,000 new customers, who drove site traffic up 60 percent year-over-year.

Zalando Launches Diversity Drive After Racism Investigation. The German e-tailer’s former art director accused the company of failing to respond to complaints in 2018 about employees who resisted booking Black models. Zalando has now pledged to partner with more Black-owned brands and has reviewed its influencer guidelines to ensure it is inclusive in its outward facing content.

Retailers launch lobbying group to fight counterfeit goods on Amazon. The Buy Safe America Coalition aims to back legislation that would require digital marketplaces to verify information about third-party merchants. The coalition is also pushing companies to make available to buyers the names, phone numbers, business addresses and emails of high-volume sellers that make 200 or more sales in a year.

ThredUp plans IPO early next year. The secondhand fashion e-tailer could raise between $200 million and $300 million, people familiar with the matter said. ThredUp, which has seen strong sales throughout the pandemic, has sought advice on its listing plans from investor Goldman Sachs. Details about the listing remain private. Last year ThredUp raised $175 million from new and existing investors.