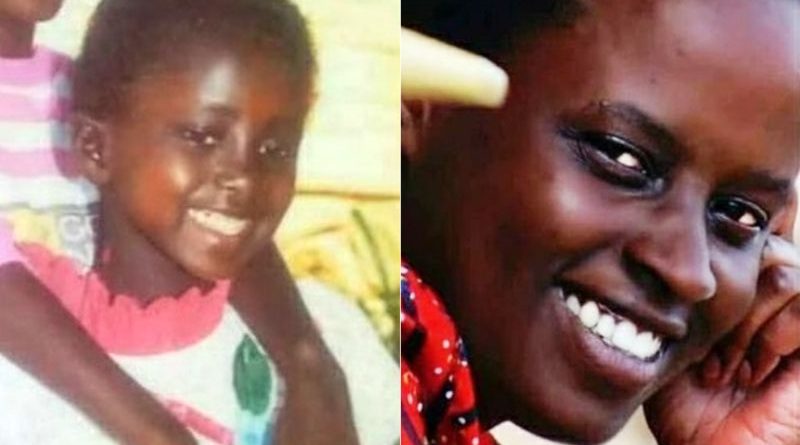 A two-year-old girl who was orphaned during the 1994 Rwandan genocide has now discovered some of her family members through social media.

Grace Umutoni, who did not know her real name, posted several photos of herself on social networking sites such as WhatsApp, Facebook and Twitter in April in an effort to find her family, after failing to find them in several ways.

The only thing the 28-year-old nurse knew about her origins was that she was brought to an orphanage in Kigali from Nyamirambo with her brother, who was four years old at the time before he later died.

There are thousands of children like Miss Utomoni, who were lost or separated from their parents during the genocide where over 800,000 Tutsis and some Hutus were killed in 100 days.

Many of them are trying to trace their origins – sometimes this is difficult because traditionally the father’s name is not called.

After she posted her photos, some people claimed she was her relative – but only months later someone introduced himself as her cousin.

Antoine Rugagi saw several photos of her on WhatsApp and contacted her saying she looked very much like his sister, Liliose Kamukama, who was killed in the first days of the April 1994 genocide.

“When I saw him, I realized we looked like him,” Umutoni told the BBC about the man who could be her uncle.

“But only a DNA test will determine if we have a relationship with each other, and we went and did it in Kigali in July.”

Umutoni went south to Gakenke where she worked with Mr Rugagi who came from his hometown in Gisenyi in the west, to receive the test results together. 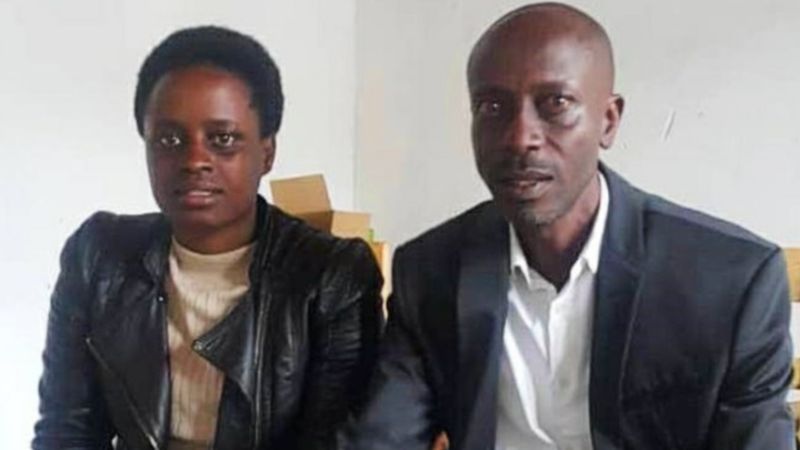 That was a big day for them after tests showed they were related to 82 percent.

“I was so surprised, I couldn’t hide my happiness. Even today I think I’m dreaming. It’s a miracle I’ve been praying about for a long time.”

Her discovered uncle told her that the name given to her by her Tutsi parents was Yvette Mumporeze.

He also tried to introduce her to other relatives from her father’s side.

These include a herd that has been stuck in Switzerland for months due to the Corona pandemic. 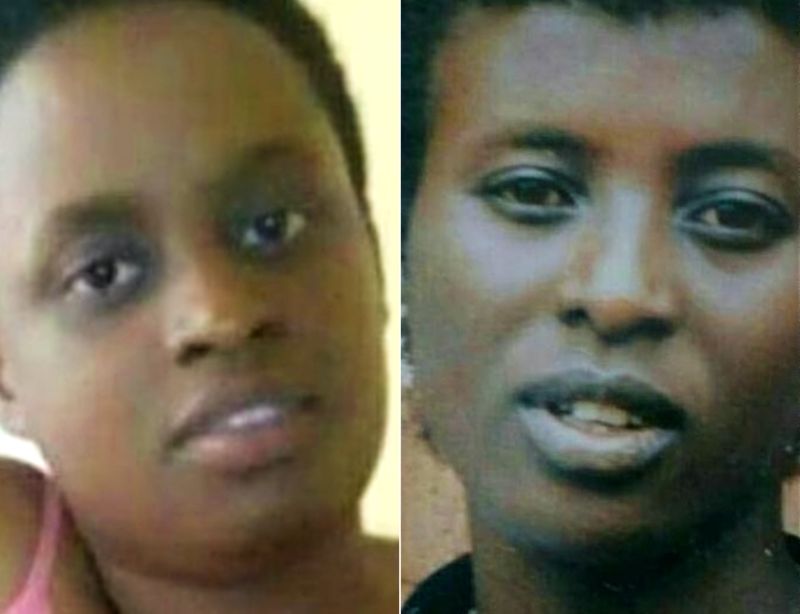 Even before the test results came out, she even admitted that Grace Umutoni was her nephew after comparing her photo to old family photos.

“The girl is definitely my niece Aprice Jean Marie Vianney and his wife Liliose Kamukama. They were both killed during the massacre.”

‘We thought no one lived’

Bucura told her the origin of her brother’s name was Yves Mucyo who was taken to an orphanage – only his name she could remember – and she had a one-year-old nephew named Fabrice.

The genocide began after a plane carrying the presidents of Rwanda and Burundi – both Hutu – was shot down on the night of April 6, 1994, and then the massacre began the next day.

Hutu fighters have been told to hunt down minority Tutsis – and the Nyamirambo area of ​​Kigali was the first to be attacked.

People were killed, mostly with machetes, in their homes or at checkpoints set up to check on fleeing – some tried to hide and go to churches and mosques in Nyamirambo during the violence.

Ms Bucura said she g when someone with a gun saw a woman carrying Yves running – but they did not know what had happened. There is no information about his sister.

The massacre came to an end in July 1994 when Tutsi rebels, led by current President Paul Kagame, seized power.

“We thought no one was alive, we mourned them every April in the year of the genocide,” said Mrs. Bucura.

As she grew up, Miss Umutoni did not receive any further information on Yves’ death after arriving at the orphanage.

At the age of four, she was taken from an orphanage where she was raised by Tutsi from the south, whom she named Grace Umutoni.

‘I grew up in grief’

At school, officials helped me and they went back to the orphanage in Kigali to ask if there was anything they had about my origins, but nothing, ”she said.

“I lived in sorrow for being so baseless, but I kept praying.”

Grace Utomi Rwanda
“Although I was treated well by my captors, this did not stop me from thinking about my original parents, but one thing about me that I retained was the name of Yves and Nyamirambo – information that did not reach me. started an investigation. ”

She is worried she knows her origins – and a grand reunion ceremony has been arranged for her family from parts of Rwanda and elsewhere, although the corona plague has delayed the reunion.

Yet she is introduced to her relatives via WhatsApp, and she finds out that she has someone who is the same father in Kigali.

Her father was born before he got married.

‘Thanks to the parents who took her.’

Since 1995 nearly 20,000 people – mostly children – have been reunited with their parents by the Red Cross.

We are receiving requests from survivors of the Rwandan genocide who are in orphanages, “her spokeswoman in Rwanda Rachel Uwase told the BBC.

Since early 2020, the ICRC has included 99 people with parents who have not known them for 20 years.

For Mrs. Bucura, finding her sister is a time of gratitude.

“We are grateful to those who held her and gave her a name,” she said.

Grace Umutoni says she will continue to use her name and those who hold her nickname because she has been known by that name for the rest of her life.

But she is grateful to the media for helping find out her origins.

“Now I always talk to my family,” she said.

“I’ve spent my life thinking I have no origin.”