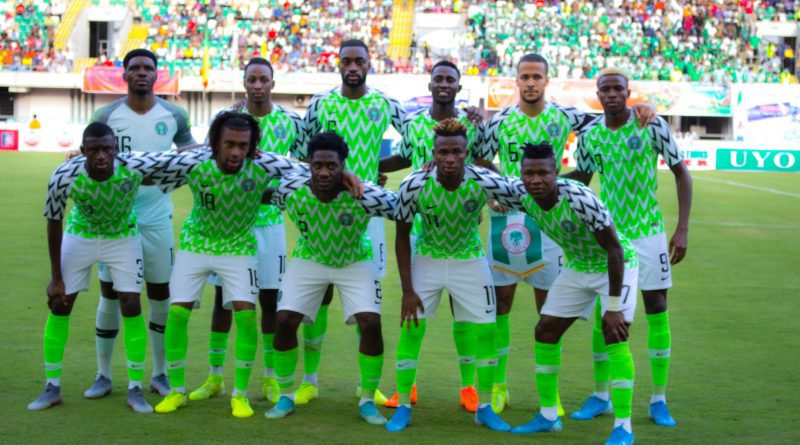 In about two weeks, Nigeria will play their first game in almost a year when they take on Algeria in an international friendly clash in Austria.

It should be recalled that the Super Eagles were scheduled to play the Elephants of Cote d’Ivoire, but the West African side withdrew, allowing Algeria to take their place.

Following the game against Le Fennecs on October 9, the three-time African champions then square up against another North African opposition, Tunisia, four days later.

However, the list raised a lot of questions on whether some players deserved their invitation. The 25-man squad involved regulars like Alex Iwobi, William-Troost Ekong, Ahmed, Musa, Leon Balogun, Samuel Chukwueze and Victor Osimhen.

Still, some of the names included have caused controversy. Kelechi Iheanacho makes a return to the squad after over a year.

While the Leicester City star managed to have a decent campaign last season, it’s still a surprise to see him get the nod ahead of the likes Henry Onyekuru and Josh Maja.

Iheanacho has only one league appearance for the Foxes this season, while he also struggled throughout in the Carabao Cup loss to Arsenal last Wednesday.

In contrast, Josh Maja has played two times and scored once for Bordeaux in the French Ligue 1 this season. The former Sunderland star has just one cap to his name, but his early-season performances should have earned him a spot in the squad for next month’s game.

Besides, Maja and Onyekuru’s style offer more quality to the Super Eagles attack.  Also, six players received their first call up to the squad.

Dessers should’ve made his debut in the Africa Cup of Nations qualifying clash against Sierra Leone, but it was postponed due to the coronavirus.

For players like Chidera Ejuke, Frank Onyeka and Zaidu Sanusi, their invitation is justified given their performances. Ejuke impressed for Heerenveen last season, which made CSKA Moscow pay 12 million euros for his services.

Onyeka has been tipped as one of the players that could take the leap from the Danish Superliga to one of Europe’s top five leagues due to his displays for Midtjylland.

Sanusi, meanwhile just sealed a move to FC Porto following his impressive displays for Santa Clara. While the mentioned trio deserved their place on the list, it’s hard to justify the inclusion of Tijani.

In the past, there’ve been rumours of agents paying officials to have their players included in the squad, which has raised questions on whether Tijani and Yakubu were there on Merit.

Aside from the fact that he plays in Austria, there’s no other reason to invite Tijani, who is the former captain of the Golden Eaglets. The 18-year-old captained Nigeria’s U17 squad to the U17 Africa Cup of Nations and the World Cup last year.

Although Rohr revealed the two matches gives him a chance to try out new players ahead of the AFCON qualifiers against Sierra Leone, it’s still no reason to invite a player that is not likely to be a regular member of the team in the immediate future.

Even the player was shocked to find out he has been called-up into the national team ahead of players like Ramon Azeez- although the Granada man could still be involved following Wilfred Ndidi’s injury.

“I feel good about being invited, but I didn’t expect the call-up because I just moved to Europe,” Tijani speaking about his recent call-up.

The goalkeeping position has been a major problem for the team since Carl Ikeme retired, and that probably explains the invitation of Yakubu.

The 21-year-old plays for SKF Sered in the Slovakian top-flight and has been called up alongside the Maduka Okoye and Dele Alampasu.

It is unlikely that Yakubu will be the longterm solution to the team’s goalkeeping troubles, but the two games allow him to show his abilities. It would be interesting to see if these new players get a run out in the two games.

The defenders invited are Rohr’s trusted stalwarts, but none plays for a top club, and that should be a concern. Only Semi Ajayi, Ola Aina and William Ekong currently play in Europe’s top five leagues.

However, the quality of attackers in the squad looks good on paper and should excite fans. Overall, it’s a decent squad, but some players would feel hard done by being left out.

The two games will be a good test for the Super Eagles, but as Rohr rightly said, the result is not the most important.