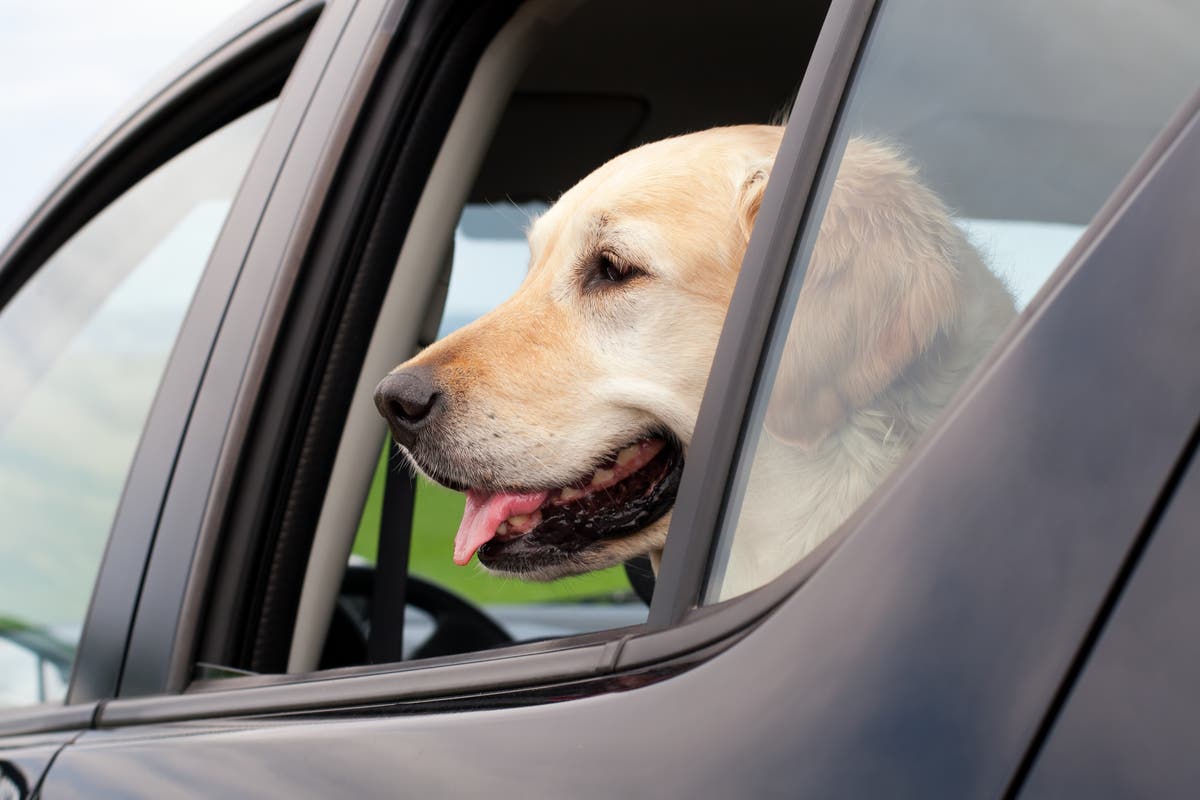 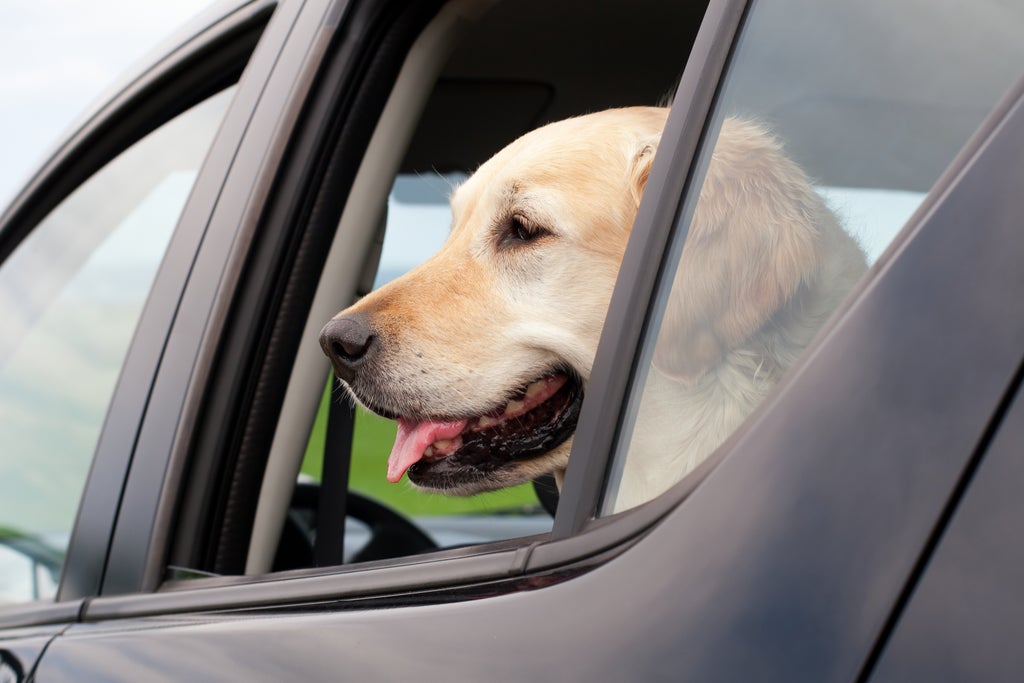 After weeks of rain, unpredictable weather, and even flooding in parts of the country, July is finally bringing some much-needed sunshine this weekend.

According to the Met Office, some areas could reach heatwave criteria, especially in southern England where temperatures are expected to rise as high as 31C.

For dog owners especially, who may be travelling with their pets in the heat, proper care is essential, with the RSPCA noting that the majority of calls it receives in the summer months are about dogs left in hot, stationary cars.

If you come across a dog that’s been left alone in a car on a hot day, most animal organisations recommend taking action if you suspect that its health could be in danger.

Here’s what to do if you see a dog that’s been trapped in a hot car this summer, as outlined by animal welfare charities.

Check for signs of heatstroke

First, you must check if the dog is displaying signs of heatstroke, which is when they’re unable to reduce their body temperature, according to the RSPCA.

The most apparent signs of heatstroke in a dog are heavy panting, excessive drooling, if the dog appears drowsy or out of sorts, if it’s collapsed or if it’s being sick.

If you believe that the dog is in danger, Peta advises taking down the car’s colour, model, make, and license plate number, and attempting to have the owner contacted.

If a dog is visibly suffering from inside a locked hot car, individuals are advised to contact authorities or their local humane society, with Peta urging individuals to not leave the scene until the situation has been resolved.

If you do call the police, you’ll be asked to explain the details of the situation thoroughly, including the condition of the dog and the registration number of the car.

Make sure that you take photos of the dog or take videos at the scene, also making a note of the names of witnesses.

Break into the car

According to Peta, another possibility if authorities are unable to arrive in time is to break into the car, after first finding a witness (or several) who will back up your assessment that the animal is in danger.

“In several states, good Samaritans can legally remove animals from cars under certain circumstances, so be sure to know the laws in your area and follow any steps required,” the Humane Society notes.

Once the dog has been taken out of the car, it is important to get the animal out of the heat and into an air-conditioned car and then to a vet immediately.

“If you are unable to transport the dog yourself, take him or her into an air-conditioned building if possible and call animal control: Tell them it is an emergency,” the organisation advises.

If the animal needs immediate help, individuals may perform first-aid on the dog, after it has first been placed in a cool and shaded area.

Next, pour water onto the dog, according to the RSPCA. However, you must make sure that the water is cool, not cold, as cold water can cause the dog to go into shock.

You could also use wet towels and a fan to cool them down further.

Give the dog small amounts of cool water to drink and continue to douse it with cool water until its breathing has slowed down.

If the dog begins to shiver, then they have been cooled too much.

Once the dog is sufficiently cool and their breathing has returned to a steadier pace, then you’re advised to take it to the nearest vet straight away.

If you’ve come across a dog in a hot car that isn’t showing signs of heatstroke, there are still several steps that you can take in order to ensure its wellbeing.

First, try to figure out how long the dog’s been left in the car for, perhaps by searching for a “pay and display” ticket on the dashboard.

Even if the owner returns to their car soon thereafter, the situation could still warrant a police report. With that in mind, it could be worth taking note of the car’s registration number.

If you’ve found the dog in a parked car by a shop or event, the Humane Society suggests “notifying their managers or security guards and asking them to make an announcement to find the car’s owner”.

However, it’s unwise to leave a dog that’s been left in a hot car alone, even if it’s not suffering from heatstroke. You should be prepared to dial the the police department’s non-emergency number if needs be or have someone else stay by the dog to keep an eye on it.

The same is also true even if the windows are open, as the Humane Society notes that “rolling down the windows has been shown to have little effect on the temperature inside a car”.

The organisation also encourages individuals to do what they can to raise public awareness of the potential dangers of leaving animals in hot cars, adding: “Ask local store managers, shopping malls, restaurants and other businesses to post signs asking customers not to leave their pets in their cars while shopping or dining. A huge part of the solution to this problem is raising awareness”.

Individuals are also encouraged to contact their local representatives or attend a town hall meeting if their town or state doesn’t have a law prohibiting leaving pets in parked cars.

You can learn more about what to do if you find a dog in a hot car on Peta’s website or the Humane Society’s website. 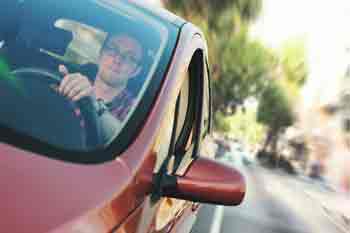 4 Tips on How to Protect Yourself from Negligent Drivers 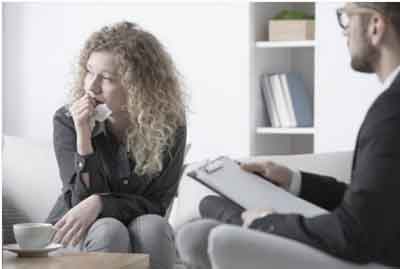 Can You Get PTSD From Watching a Traumatic Event Online