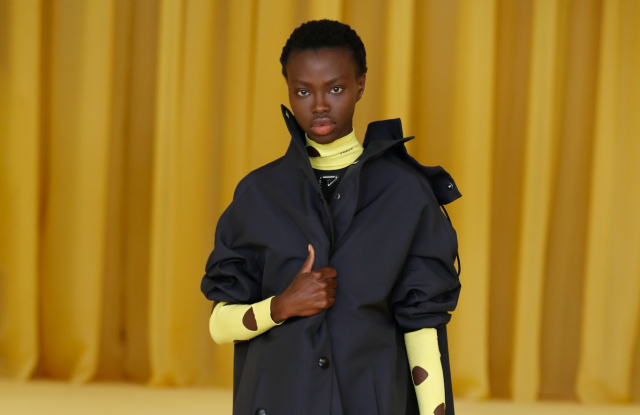 The ‘Big Four’ fashion weeks have passed; color, comfort and creativity have conjoined in the virtual-physical combo of runway shows, but the question remains: What will women really want to wear when spring ’21 arrives?

Some say sweatpants aren’t forever. Others admit the coziness they supply will have a stubborn staying power. Some expect quarantine-crazy citizens starved for public displays of fashion will spring for playful looks that stray from everything they’ve been wearing to the couch.

Regardless, the runway may be nominal evidence of what’s to come for consumers’ closets, according to Roberto Ramos, chief executive officer and design strategist for Ideatelier, a creative studio for lifestyle brands.

“There is still disconnect between the post-lockdown creative hunger of the runway designer and the authentic consumer needs and preferences focused on design pragmatism,” he said. “Until we’re out of the pandemic woods, and many will argue, for a much longer new normal, there will be less of a need for formal clothes we still saw on the runway.”

It’s anyone’s guess as to where the world will be by spring 2021, but there are some historical trends and patterns worth exploring to get a better sense of what direction fashion might take next.

There is a notion around that periods of restraint have historically given rise to more “out there” fashions, and that the Spanish flu — which ripped through the world, infecting an estimated 500 million people from 1918 to 1920 (for comparison, COVID-19 cases have infected roughly 34.5 million people to date) — being followed by Roaring Twenties extravagance is a pattern that could be repeated post-coronavirus pandemic.

According to Valerie Steele, American fashion historian and director and chief curator of The Museum at the Fashion Institute of Technology, there’s truth to the notion, although it isn’t that simple.

“Heaven knows there have been other pandemics and there certainly have been other world historical events, like world wars and depressions. But the general rule has been, though, with those big world historical events, that they haven’t caused the change, they’ve just speeded it up,” she said. “You look at World War I, in 1900 they’re all dressed up from the neck to the ankle. In 1925 they’re ‘woohoo’ in short skirts and brassieres and you think the war must have done it, but in fact you also started to have changes several years before the war. You were having people already throwing away the bone corsets in favor of flexible tango corsets.”

Fashion’s shifts were already afoot when the war began and then the Spanish flu came in and accelerated the trends. Much like ath-leisure, for example, was already a steady force before COVID-19 came and solidified the category’s status as the go-to staple.

“The Spanish flu situation was complicated by the fact that it took place right at the very end of World War I, which was, until then, just an unprecedented slaughter. I mean, one-third of the young men in France were killed or severely handicapped, which meant that young people around the world were saying, ‘How did you get us into this?’ and really rejecting all of the old standards, rejecting the older generation, and that bringing in then a kind of movement for sexual liberation and a movement for sort of ‘live fast because you may die young,’” Steele said. “So, a lot of the Roaring Twenties had to do with that reaction against this unparalleled slaughter, followed then by the flu with even more people dying. I certainly hope that we’re not going to be in a situation like that because that would recall the Black Death in the Middle Ages when so many people died and then, again…fashions became wilder and more sexualized.’”

Ideally, the world won’t be facing such a bleak outcome this time around. And that may mean the changes for fashion continue on the trajectory they had already been on.

“I think people like the idea that you’d have a Roaring Twenties, the economy will take off, people would be living but maybe not living with quite the desperation that we see in some of the reports of the Twenties,” Steele explained. “People are never going to completely give up on sneakers and — God help us — sweatpants. That’s just become part of what we wear for now. So I think that it’s going to be a question of which aspects of the last 10 years are going to be really, really increased now due to the world-shaking changes.”

So far, 2020’s world-shaking changes have already had a significant affect on consumer spending when it comes to clothes.

New research from McKinsey & Company found that 43 percent of respondents to a survey conducted across the U.K., Spain and Germany decreased their spending on apparel since April. Forty-six percent said they simply don’t need new clothing. Twenty-eight percent said their income has decreased. Of the 16 percent who said they are spending more on apparel, 33 percent did so because they needed a specific item of clothing, and 32 percent said they’re shopping to keep themselves entertained.

Not surprisingly, The NPD Group’s recent U.S. point-of-sale data bears that out.

“Comfort has been winning for a while now,” NPD apparel industry analyst Maria Rugolo said. “A lot of the trends we’re seeing now are the ones that were happening even prior to COVID-19 — comfort continues to captivate.”

In a survey conducted by NPD in September, 27 percent of men said they plan to dress more casually after the pandemic, compared to 16 percent of women who said the same. While 54 percent said they miss getting dressed up for work and special occasions, 33 percent aren’t wanting for it at all.

That split may be just how fashion plays out come next spring: a dressing event for some and just another season for others.

“There will be people that are going to say, ‘I’m tired of not getting dressed up, I want to get dressed up, I want to feel like I’m going somewhere,’” Rugolo said. “It almost looks like what we saw at the Emmys — some people were dressed in their pajamas to accept the awards and some of them were all glammed up.”

One data point that doesn’t spell great news for spring, according to NPD’s survey, was that 55 percent of respondents said once they can return to social lives and settings, they plan to wear what they already have. Just 23 percent intend to shop for new clothes, which bodes well for the conversation around over-consumption, but less so for the depressed demand retail will be looking to recover from.

Spring Clothing to Count on

While fashion shows are intended to be more fantastical than real life, Rugolo did see the comfort trend materialize on the runways, with more blanket dressing, sleepwear-inspired pieces and “active glam.”

What consumers will opt for in the coming season is what Ideatelier’s Ramos calls “luxe casualwear.”

“There is a movement towards a ‘new’ formality,’ but it is defined in the context of shifting lifestyle needs. It starts with a super-relaxed silhouette, simple lines and somewhat of a Nineties vibe. It is actually a freedom from structure. Head-to-toe suiting will have time to evolve and the jacket; the trouser; the pencil skirt will continue as base pieces for the elevated wardrobe,” he said. “This new normal also carries a practical utilitarian quality to it, as consumers need pieces that allow them to do more, comfortably. It’s that uniform for the everyday of sorts. We saw Prada deliver this in the brand’s new collaboration with Raf Simons, with an elevated take on no-frills.”

The feminine aesthetic, according to Ramos, is also “alive and well.” It resonates, he said, for its comfort appeal and ability to pair well with more casual footwear.

“We all need a little romantic escapism in this world of dread and uncertainty. Chloe is the best example. Consumers will want to break out of their overly casual rut, and when they are finally able to celebrate at social occasions, they will probably get very extravagant in their choices, but certainly not in the overbuy way as they have in the past,” Ramos said. “For spring ’21, consumers will continue with the loungewear and new workwear but, after a long fall and winter full of anxiety, will eagerly start to embrace fashion novelty, including feminine dresses in prints; denim in trouser shapes; Nineties items in knits, trousers and jackets.”

Whatever fashion’s future holds, as it reckons with a not-yet-ended health pandemic, as well as a far-from-over racial pandemic — both of which will have their effect on the industry; one through a shift in demands and one through a shift in designers — the prevailing custom of dressing may be little changed, despite any indecision about whether people will want to dress up or down.

“I think it’s going to probably be a mixture. It’s going to be an insistence still on comfort but also an insistence on a level of individuality and wanting to express yourself and be fashionable,” FIT’s Steele said. “It’s not the end of fashion. Even if there’s less money, that’s not what it’s about. Fashion is really, ultimately, not just a commodity, it’s about making yourself special and that desire to shine and to say, ‘I am me.’ That’s something that won’t go away. It’s just going to be a question of how people are able to negotiate that very intense, very human desire.” 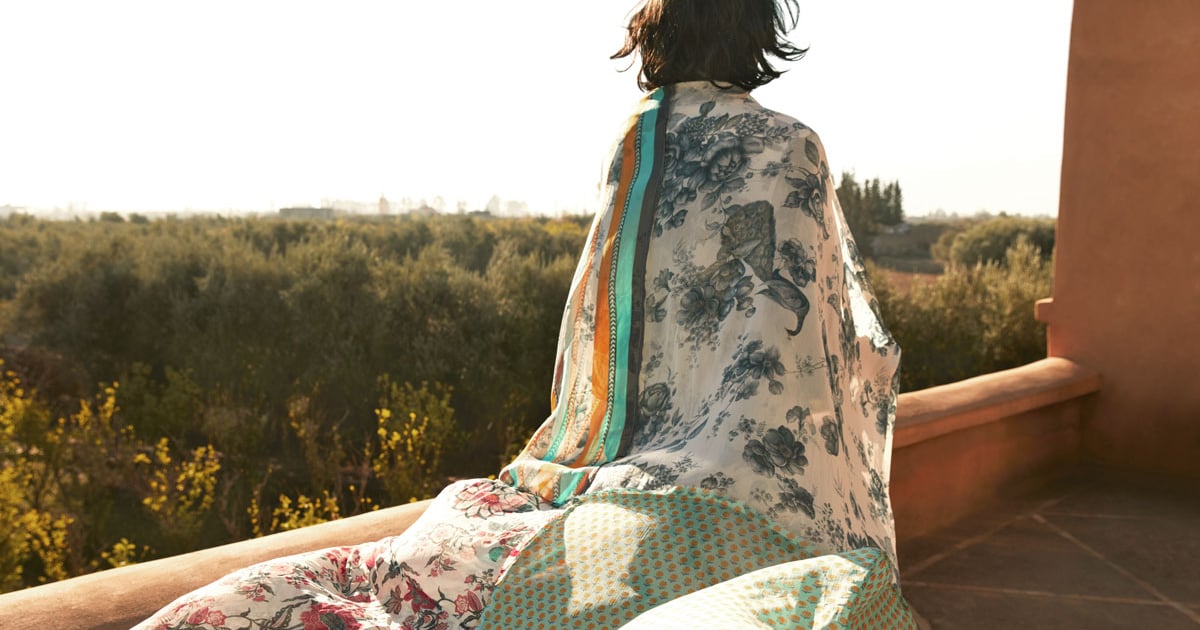 Post Corona: From the Brand Age to the Product Age | Opinion