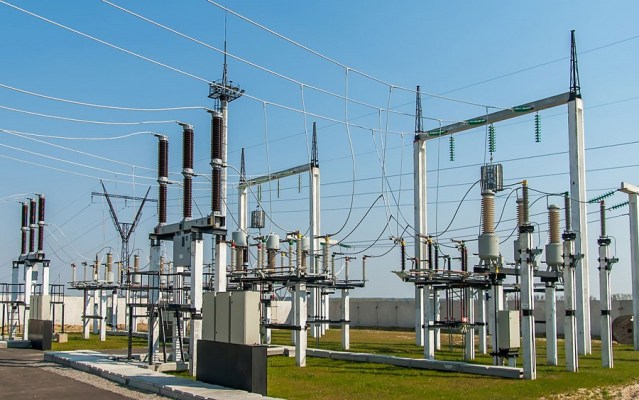 The issue of electric power in Nigeria is not one that started a few years ago. This challenge, among many others, remains one huge problem that many Nigerians seem to be clueless to what exactly may just be behind the epileptic nature of electricity in Nigeria. For many Nigerians, the idea of stable electricity sounds like a dream that may never be achievable.

In December 2015, when the Nigerian Electricity Regulatory Commission, NERC, with the backing of the Federal Government, carried out the last upward electricity of tariff review, it told Nigerians that the hike would bring about stable electricity supply and finally resolve the problems of the country’s power sector.

In the latter part of 2019, The bodies responsible for the distribution of power in the country hinted plans to increase tariff plans in the distribution of power and their plans stirred a mix of reactions to Nigerians. With the interest to understand why Nigerians are about to be subjected to pay for ‘darkness’, I took a visit to the EKEDC at Idiaraba Lagos and some other power outlets speaking to both staffs and power consumers.

At EKEDC office at Idiaraba-LUTH, I met a number of people who were ready to react to the epileptic nature of power supply in Nigeria and plans to increase the tariff, but first, I spoke to a staff at the office who shared a few information with me.

Choosing to remain anonymous, ‘Sandra’ (Psuedo) pointed out that the electricity challenge in Nigeria is slowly becoming a thing of the past.

‘How, ma?’ I asked as she looked at me, excited to explain.

“Well, many people will choose to say otherwise, but really, electricity is becoming more stable and the federal government and Power Companies, DisCos and the Transmission companies are working tirelessly to ensure that becomes a thing. That’s why the new tariff plans initiated for April will ensure this becomes a reality.”

I smiled and reminded her about the policy initiated in 2015, the policy that increased the tariff prices and added other fees to consumers of power, reminding her that the government also promised stable power as the reason for the increase.

Watching her reaction, she shrugged, adjusted her eyeglasses, stressed ‘that’s how the government work’.

“You try something thinking it would work but it doesn’t, so you keep trying and trying till you get it,” she said.

Just like SANDRA hinted, the increase in the price for power is to reach the need for stable electricity and the federal government has tagged it inevitable.

Leaving the EKEDC office, I met with some people on the premises who had come for one business or the other.

Speaking to Emmanuel, a 20-year-old medical student at the College of Medicine, University of Lagos (CMUL) who had come to pay his power bill, he expressed his ignorance of the policy as he also disapproved.

Approaching him, I introduced myself and he gave me a chance to speak with him.

After exchanging pleasantries, I asked what he was in the premise for and he told me. “Did you know that by April, you will start paying more for power due to a new policy?”

He expressed his ignorance and I explained to him the new power policy which had him expressing shock. Reacting to that Emmanuel said: “It doesn’t make sense, we are not even seeing light well and now they are increasing the price…”

‘Well, they said that they’re increasing it so that we can have more power.’ I interrupted him and caught his displeased expression.

‘Na so dem dey talk’ Emmanuel said responded as he pointed out that even at their school, (CMUL), power is a challenge and they have heard several promises in the past from ‘the government’

READ ALSO – EXCLUSIVE: The Marriage Between Poverty And Street Hawking In Lagos

Moving further, I arrived at Ojuelegba where I met up with a man whose business was to assist people pay their power bills and other payment at their ease. Mr John was excited to speak with me as I explained my aim to him.

‘What do you have to say generally about the new power tariff plan by April 1st?’ I asked as I watch him take a seat for himself.

‘For me, I think it’s a conspiracy by the federal government to steal from Nigerians’ He started as I expressed my need for a clearer explanation.

‘…Okay, not many people will understand this, but the government are clearly using us to pay off debts. Isn’t it obvious? Nigeria has accumulated a lot of debt and we are the ones paying for their mistakes. 10% VAT fee, now power tariff hike? these are ways they want to swindle us of our money and pay the huge debts they owe.’

I nod my head and pointed out that the reason, as stated by the federal government, was to improve the state of the power in the country.

‘My brother leave that story, they know what they are doing, in 2012, they reviewed it and for what? to better our lives, in 2015, the same thing, look at how better our lives is now. My point is, from April when they start billing higher, it won’t be any different from what we are experiencing and going to express from now till then. Nigeria is broke, we’re looking for money everywhere and the masses are the ones taking the heavy blow.’

I also pointed out that many Nigerians are not aware of the new policy and Mr John had this to say: “Misplaced priorities is the simple answer. Many Nigerians have close to no interest in the government and it’s not their fault really, as the government has failed on many occasions.”

Speaking to Ibironke, she pointed out the same thing Mr John had hinted.

“Nigerians will still pay, they will pay and learn to always pay. We are not even bold enough to tackle these things but it’s a good thing Information Nigeria is doing, for putting it out there alone. Well done.”

Ibironke was in a hurry, so we didn’t get to talk so much.

In April, the tariff which the Federal Government has tagged ‘inevitable’ will finally come to life and we will keep our fingers crossed to see if the plans as they have stated is actually what it is or what Mr John described as a conspiracy to swindle Nigerian.

7 Ways To Make Money From Minecraft

6 Key Questions to Ask Before You Hire a Forclosure Attorney