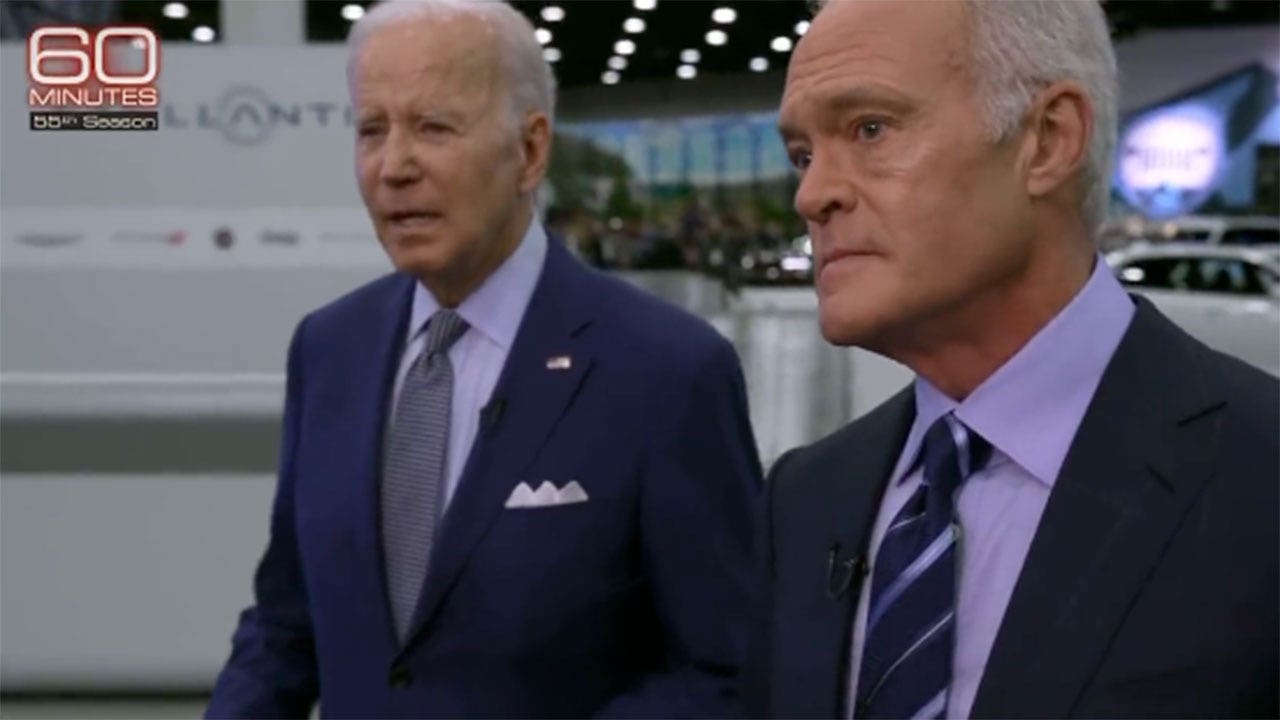 Liberal media outlets slammed President Biden after he claimed during a Sunday night television interview that the COVID-19 pandemic is “over,” just weeks before the midterm elections.

“Is the pandemic over?” correspondent Scott Pelley asked Biden during an appearance on CBS’ “60 Minutes,” which was the president’s first interview with a major news organization in seven months.

“The pandemic is over. We still have a problem with COVID. We’re still doing a lot of work on it,” Biden replied. “If you notice, no one’s wearing a mask, everybody seems to be in pretty good shape.”

Dr. Anthony Fauci, whom media outlets have repeatedly given a platform to explain why the U.S. should be wary of loosening COVID restrictions too quickly, attempted to clarify the president’s words on Monday.

CRITICS FLOOD TWITTER AFTER BIDEN DECLARES COVID-19 PANDEMIC IS OVER: ‘IRRESPONSIBLE AND MISLEADING’

“What he really meant is that the very severe stage of the pandemic of having … 3,000 deaths a day — that stage is no longer present,” Fauci told Politico, adding that “people should not be cavalier that we’re out of the woods.”

Biden’s comments sparked a rare moment of unity between liberals and conservatives, with both sides of the political spectrum voicing their outrage at the president’s comments. Conservatives criticized Biden for declaring the pandemic was over just weeks after using his COVID emergency powers to justify canceling a trillion dollars in student loan debt, while liberals flagged the president for “irresponsible” messaging about the state of the coronavirus pandemic.

Left-leaning media networks, which throughout the pandemic have mostly cheered continued government measures to combat coronavirus, were shocked by the president’s recent language.

A day after the CBS interview, The Washington Post editorial board threw cold water on Biden’s claim about the pandemic, and asserted the reason for his comments were “obvious” given the political optics.

U.S. SURGEON GENERAL SAYS BIDEN WAS TOUTING ‘TREMENDOUS PROGRESS’ AGAINST COVID WITH ‘PANDEMIC IS OVER’ CLAIM

“But before rushing out to the ticker-tape parade, sit down. The pandemic is still raging — in the sense that a dangerous virus is infecting, sickening and killing people, mutating to survive and haunting the globe,” the editorial board wrote, adding that a return to normalcy did not mean the pandemic was over.

The board also worried that Biden’s comments will undermine Congress’ interest in the continued “fight against COVID,” such as requests for additional vaccine funding, testing, and therapeutics.

Their words stood in contrast to contributing columnist and Doctor Leana S. Wen, who was touted by networks like CNN throughout the pandemic as an expert on the virus.

“Biden is right. The pandemic is over,” Wen wrote in a Monday column.

The Post contributing columnist pointed to Republican criticism about Biden’s words at a time when the president continues to ask for more money to combat coronavirus, and liberal concerns about the continued death toll from the virus.

“These criticisms don’t detract from Biden’s point. He’s right. By multiple definitions, the pandemic is over. That doesn’t mean that the coronavirus is no longer causing harm; it simply signals the end of an emergency state as Covid has evolved into an endemic disease,” Wen added.

Anthony Fauci, director of the National Institute of Allergy and Infectious Diseases. On Tuesday, Fauci and other health officials discussed the rollout of a vaccine shots while saying the shot could be similar to an annual flu shot.
(Ting Shen/Bloomberg via Getty Images)

On Tuesday, Reuters released an explainer that fact-checked Biden’s recent comments. The piece noted that the U.S. had not formally declared an end to the pandemic and that the U.S. Department of Health and Human Services (HHS) is expected to renew its public health emergency in October.

Furthermore, the explainer pointed to recent comments from U.S. and global health officials that differed from the president’s words.

White House COVID-19 response coordinator Ashish Jha said earlier this month that the pandemic “is not over,” but did acknowledge significant milestones in the fight against the virus.

The New York Times’ Sheryl Gay Stolberg took particular issue with Biden’s announcement about the end of the pandemic, writing “Biden says the pandemic is over. But at least 40 people are dying daily.”

WALL STREET JOURNAL EDITORIAL BOARD CALLS OUT BIDEN FOR COVID COMMENTS: HE WANTS IT ‘BOTH WAYS’

“With 400 to 500 Americans still dying every day of Covid-19, President Biden has declared that “the pandemic is over,” Stolberg wrote. “But don’t tell that to people like Debra McCoskey-Reisert, whose mother died in early August. Or Ben HsuBorger, who has chronic fatigue syndrome, a condition often brought on by viruses, including the coronavirus. Or Peter W. Goodman, whose wife died on Aug. 17.”

Stolberg added that Biden did not have the authority to make such an announcement, however informal, and said his words were “painful” and carried “policy implications.”

NPR writers Becky Sullivan and Rob Stein made a similar observation, with a Tuesday article entitled “How Biden’s declaring the pandemic ‘over’ complicates efforts to fight COVID.”

The piece noted that the president’s remarks could cause “political difficulties” and could pose “challenges” for the Biden administration’s effort to promote the new bivalent booster shot designed to help against omicron subvariants.

MSNBC host Mehdi Hasan also took issue with Biden’s claim, and reacted to the clip of Biden at the Detroit Auto Show with a tweet that suggested the president shared blame for people not wearing masks.

“One of the (many) reasons they’re not wearing masks is because people like Biden keep (falsely) telling them the pandemic is over,” Hasan tweeted in response to the “60 Minutes” interview with Biden.

In February, Hasan suggested that Democrats should expand the Supreme Court and take “dire emergency steps” to defeat COVID-19.

Nikolas Lanum is an associate editor for Fox News Digital. 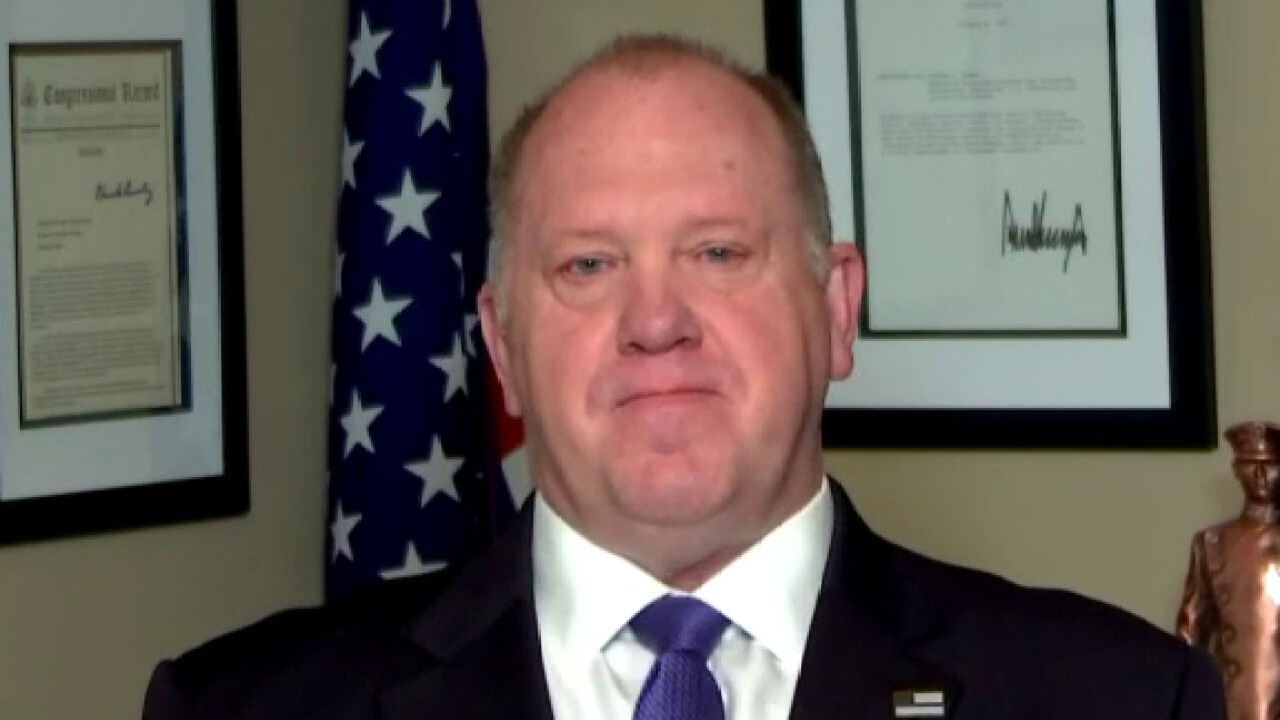