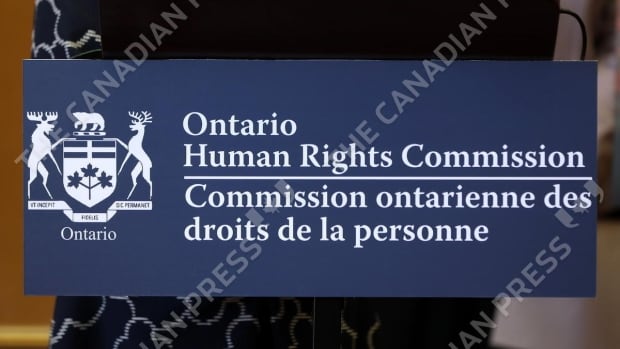 Lorayne Hunter and her sister rushed from their home in Wabaseemoong Independent Nation and drove 95 km into Kenora, Ont. last week after hearing their mom was admitted to the intensive care unit with a medical emergency.

After arriving, the sisters tried to get a room at the Super 8 by Wyndham Kenora. They were told the price for the night, and then the woman working the front desk asked where they were from.

“Then she goes, ‘we don’t accept people from Wabaseemoong,'” said Hunter.

The sisters were shocked and forced to continue looking for a hotel room, so they could be close to their mom.

In response to a question from CBC News, Lawrence Maksymetz, the president and managing partner of the Super 8, said, “my staff refused service not because of racism, but because of COVID. They’re afraid and they’ve said they would not offer service to someone under lockdown.”

Sisters ‘shocked’ to be refused service

Wabaseemoong Independent Nation, a First Nation of more than 2,000 members located northwest of Kenora, went into lockdown on February 10 after several community members living on the reserve tested positive for COVID-19.

Since then, Wabaseemoong has not only been fighting a growing outbreak, but also misinformation targeting their community members living or isolating in Kenora.

Refusal of service because of discrimination a violation of human rights: OHRC

The chief commissioner with the Ontario Human Rights Commission (OHRC), Ena Chadha, says it is a violation of a person’s human rights to be refused service.

“We can’t refuse entry to people just because they make us feel uncomfortable or we don’t like that they came from a particular place. This isn’t 1930.”

Chadha says the commission has heard a number of similar stories of people from Wabaseemoong being refused service in Kenora. The Ontario Human Rights Commission issued a statement about it, calling on businesses to follow the requirements and advice of health authorities and to apply them equally to all customers.

“It’s especially concerning to us as the Ontario Human Rights Commission in relation to remote areas where there are a limited amount of services and stores.”

Chadha added the commission has been monitoring activity in Kenora since last summer, when the town’s council was considering the implementation of a loitering bylaw that Chadha says would have disproportionately affected Indigenous people.

Tania Cameron, a Kenora resident who has been vocal about the recent racism and discrimination targeting people from Wabaseemoong, said Friday morning she had heard nine separate stories of people being turned away or harassed at local stores.

“It hurts to see that they were being treated this way because there is an outbreak in Wabaseemoong. These people are COVID free.”

Cameron says she worries these business reactions were incited by Facebook posts from last week claiming that people from Wabaseemoong were breaking isolation rules, going into stores and “infecting innocent people.” Ontario Provincial Police have denied any truth to those allegations.

“When you have such vicious lies, the impact of their words harms the whole community,” she said.

Wanting to help, Cameron and a team of volunteers met over Zoom on Thursday night, and hatched a plan to support anyone that was refused service. They planned a series of workshops for those interested over the weekend. They were including supports for people whether they wanted to file a human rights complaint, write a letter to the business owner, or pursue healing.

“These people expressed that there mental health has been negatively affected by the treatment and so we just want to present all the options in a good way.”

Cameron added, “whichever option they choose to pursue, there’s a group of volunteers willing to support and be of assistance; which is so beautiful in responding to something that was just very, very harmful.”

Meanwhile local business owner Katy Limerick was surprised to see the allegations floating around social media and to hear stories of people being turned away.

Limerick wanted to make sure that wouldn’t happen at her store, so she gathered her employees for a team meeting.

“Since day one, we’ve been operating as if everybody does have COVID. So I said, ‘we won’t change anything here.’ I said, ‘all we have to do is just be compassionate and kind and give the people the service we’ve always given.'”

Chief human rights commissioner Ena Chadha said, “store owners and service providers have to remember that they have a legal obligation to treat people with respect and they cannot deny services.”

Chadha added that the commission would continue to monitor the situation in Kenora and take action as necessary.