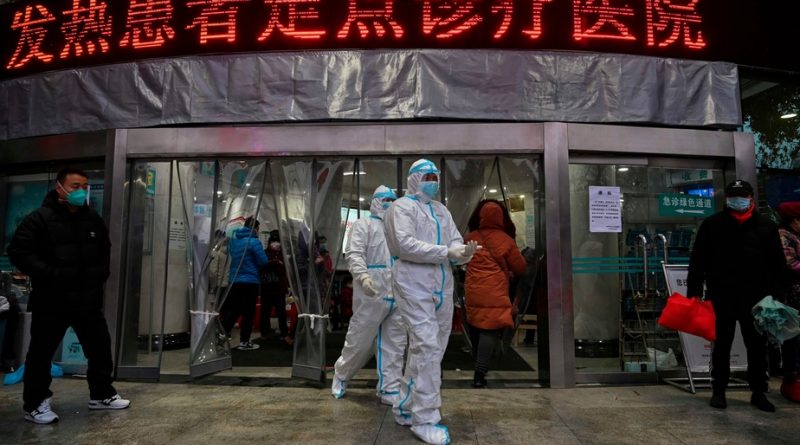 he number of victims of the viral pneumonia epidemic in China has jumped to 80 and 2744 cases have been confirmed in the country, while France and the United States are preparing the evacuation of their nationals from the area in quarantine.

Twenty-four additional deaths have been recorded in Hubei province, the epicenter of the contagion, but no new deaths have been confirmed outside of this region, the central government announced on Monday.

“The capacity to spread the virus has increased,” said senior Chinese health officials the day before, although it is not “as powerful as SARS”, a previous coronavirus that had killed hundreds. at the beginning of the 2000s.

The situation is “serious”, recognized on Saturday evening President Xi Jinping, warning that the epidemic which appeared in December in Wuhan in the center of the country “is accelerating”.

The holiday period for Chinese New Year, which was to last until January 30, has been extended – without a date – to “limit the movement of people,” state media said.

The director of the World Health Organization (WHO) Tedros Adhanom Ghebreyesus announced that he was going to China to discuss with the authorities means to contain the epidemic. 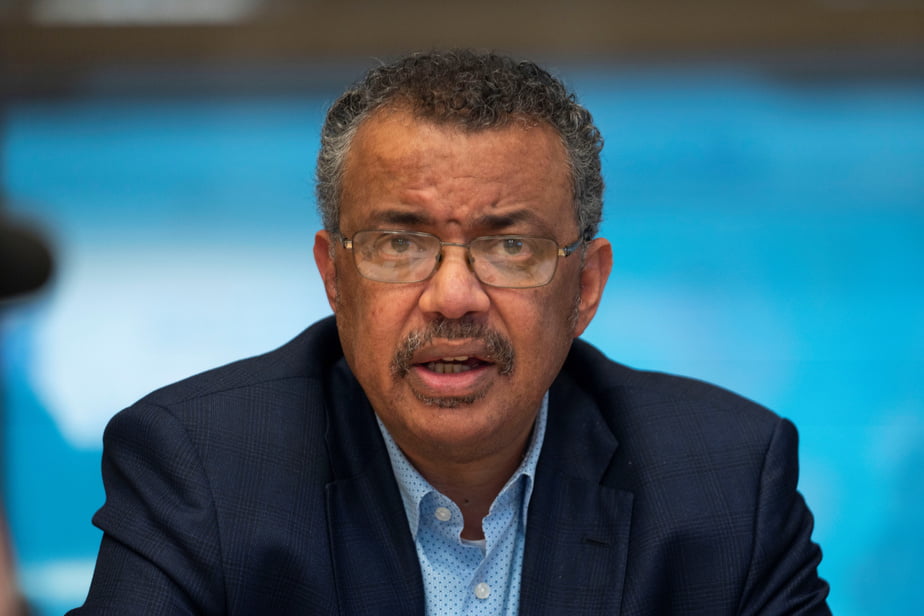 Tedros Adhanom Ghebreyesus Director of the World Health Organization (WHO)

In Wuhan, “non-essential” car traffic has been banned since midnight in the center of the metropolis, which has become strangely silent, as an AFP team observed. Volunteer drivers, recruited by the authorities, transport patients free of charge to hospitals.

But, once there, the situation is sometimes chaotic: patients must wait hours before seeing a doctor and knowing whether or not they are contaminated.

Wuhan and its region have been de facto quarantined since Thursday to prevent a further spread of the disease. A total of 56 million people are cut off from the world.

In the city transformed into a ghost town, loudspeakers broadcast a message calling on residents to go to the hospital without delay if they do not feel well.

“Wuhan is not afraid to face adversity. Do not listen to rumours, do not spread rumours, “orders the message, while some doubt the reports provided by the authorities.

The epidemic has reached Europe and Australia. One suspected case has been reported in Canada. The United States, where five cases are confirmed, announced to organize the departure of their diplomatic personnel and of American citizens stranded in Wuhan, hoping to take off a flight Tuesday.

Other countries are in communication with Beijing to evacuate their nationals. 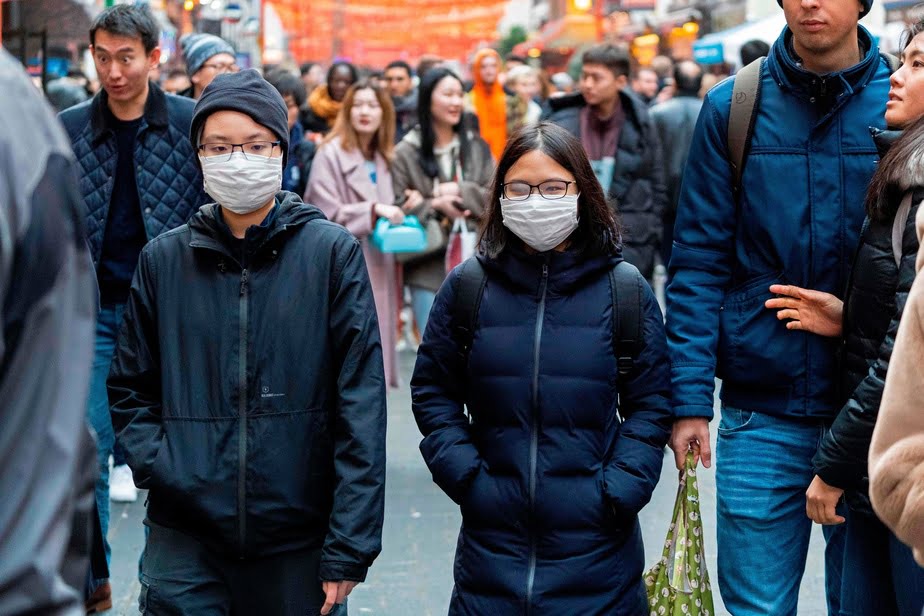 The French Minister of Health announced Sunday that France would organize “a direct air repatriation” of its nationals and that a quarantine period of 14 days would be applied to them.

The study of the first cases tends to show that the mortality rate of the 2019-nCoV virus is quite low.

For Gui Xi’en, a specialist in infectious diseases at Wuhan University, the number of infections could reach a “peak” around February 8, before decreasing.

On the spot, in spite of the anxiety atmosphere, certain inhabitants keep their calm.

“I don’t see the need to evacuate,” Erica Davis, a British teacher who has lived in Wuhan for two years, told AFP. “Let’s stay at home and wait for it to pass.”

Staff at the Wuhan Red Cross Hospital wear coveralls to protect themselves from the coronavirus.

The hospitals being overwhelmed, the construction of two sites, each accommodating more than a thousand beds, began. It must be completed within two weeks, according to public media.

In the meantime, China is protecting itself by erecting internal barriers. Several major cities in the north of the country – Beijing, Tianjin, Xian – have announced the suspension of long-distance coach lines which connect them to the rest of the country. In the east, Shandong province (100 million inhabitants) did the same.

These measures risk singularly complicating the journeys of the population, in the crossroads of the Chinese New Year.

The communist regime also announced Sunday a temporary ban on wildlife trade, while the assumption that the epidemic was part of a market in Wuhan where this type of animal was sold was deemed “highly likely By the Chinese Center for Disease Control. 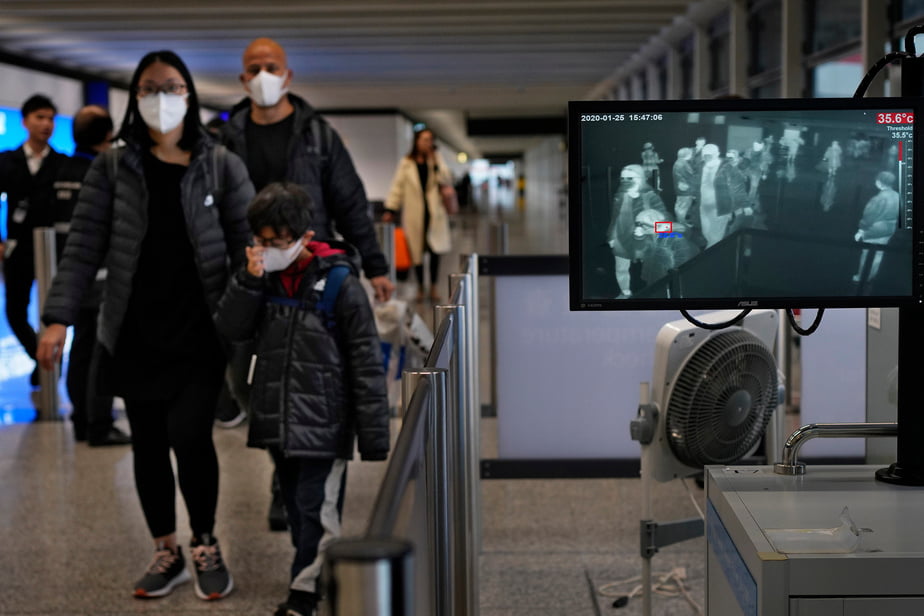 A scanner has been installed at Hong Kong Airport to monitor the passenger’s body temperature.

Beijing will also suspend organized trips in China and abroad, a decision that could strike a blow at the trade of cities like Paris, very popular with Chinese tourists.

The Asian Olympic football qualification tournament, which was to be held in Wuhan, has been relocated to Australia and the International Tennis Federation has decided to move the Fed Cup Group I matches from the Asia / Oceania group, from Dongguan, in southern China, Kazakhstan.