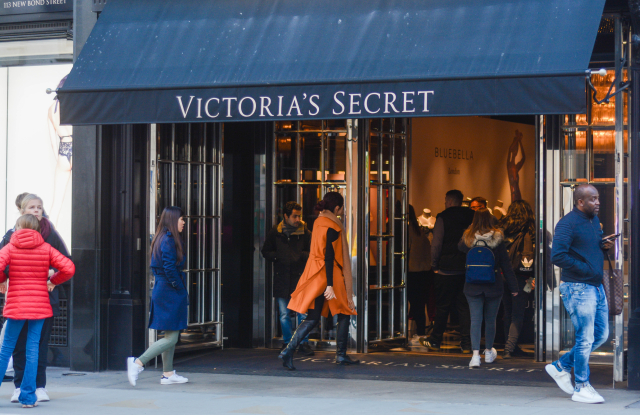 L Brands made use of the U.K.’s “light touch administration” — a tool similar to a Chapter 11 bankruptcy Stateside — on Friday as it considers options for its 25 U.K.-based stores.

“We are taking a number of actions across Victoria’s Secret and Victoria’s Secret Pink to strengthen and position the business to succeed as a separate standalone company,” Stuart Burgdoerfer, L Brands’ chief financial officer and interim chief executive officer of Victoria’s Secret, said in a statement.

The light touch administration, founded in response to the coronavirus pandemic that forced nonessential businesses to temporarily shutter, provides businesses protection from creditors hoping to resolve unpaid debts, while the business continues operations as usual. The company employing the tool, then, has time to consider alternative financing options, including the possibility of a sale.

Burgdoerfer said in his statement that the company is using the tool to address operating losses among the U.K. stores as it seeks to restructure lease terms and considers the option to sell that portion of the business.

“This action has no impact on our stores in any other part of the world and our U.K. online activities will continue to operate as normal,” Burgdoerfer said. “We continue to be energized and intensely focused on turning the Victoria’s Secret business around.”

Victoria’s Secret U.K. has more than 800 associates. As of Friday, 785 employees have been furlough in response to the coronavirus shutdown.

Robert Harding and Daniel Butters have been appointed by the directors of Victoria’s Secret U.K. as administrators of the company.

The joint administrators said they are in the process of assessing “all options available to the company in order to achieve the optimum outcome under the circumstances.”

In order for the lingerie brand to exit the light touch process, the administrators said it will likely be necessary to either restructure the lease terms across the portfolio or sell the company’s assets to a third party.

The filing is “yet another blow to the U.K. high street and a further example of the impact the COVID-19 pandemic is having on the entire retail industry,” Harding said. “The effect of the lockdowns, combined with broader challenges facing brick-and-mortar retailers, has resulted in a funding requirement for this business, resulting in today’s administration.”

Meanwhile, scores of U.K. brands and retailers have been locking horns with landlords over rents, demanding that they be reduced due to the impact of the coronavirus. Some, such as the department store chain Debenhams, have sought bankruptcy protection, allowing them to close stores, protect themselves from the landlords and keep parts of the business operating.

After the deal with private equity firm Sycamore Partners to buy Victoria’s Secret — including the lingerie, beauty and Pink divisions — was scrapped, L Brands executives said they would do everything it could to reposition the struggling lingerie brand, including closing 250 Victoria’s Secret stores in the U.S. this year and continuing the spin-off of Victoria’s Secret into a standalone private company. The company also said last month that it would be reevaluating its U.K. and China businesses, both of which were losing money.

In the British court documents filed by Victoria’s Secret U.K., the company said other factors, including Brexit and a decline in tourism, have “turned the company’s operations into a loss-making business” since as early as 2016.

L Brands’ shares, which are down 14.3 percent year-over-year, shot up more than 9 percent at the start of Friday’s trading session.

“Actions stemming international losses are key positives — be it closing, shrinking or otherwise cleaning up [international],” Simeon Siegel, managing director and senior retail analyst of BMO Capital Markets, wrote in a note. “We believe VS — one of the largest brands in history (and yet likely losing money) — is under appreciated, under-earning by overselling and would benefit as [a] smaller, healthier business. Addressing [international] losses is one action; expect more ahead.”