Justice Bassey Nkanang of the Akwa Ibom State High Court on Thursday, sentenced Uduak Akpan to death by hanging for the murder of late Iniubong Umoren.

Naija News recalls that on April 2021, Ms Umoren, a graduate of Philosophy, University of Uyo, was mudered and buried in a shallow grave while she was job-hunting in preparation for NYSC mobilization.

The three persons who stood trial for the murder of Iniubong were Uduak-Abasi Akpan, Frank Akpan and Anwan-Bassey Akpan, who are the first, second and third accused persons.

The first accused, Uduak-Abasi Akpan, was said to have lured her by inviting her for a job interview – He was standing trial on a two-count charge of rape and murder.

The second accused person, Frank Akpan, who is the father of the first accused was charged as an accomplice in the murder, while the third accused, Anwan-Bassey Akpan, Uduak Akpan’s sister was charged with accessory because she harboured her brother in her residence in Calabar in a bid to assist him to escape justice.

The court, however, discharged and acquitted Frank Akpan and Anwan-Bassey Akpan, the second and third accused persons.

The Nigerian Air Force (NAF) has approved the appointment and redeployment of some top commanders, new Branch Chiefs, Air Officers Commanding (AOCs) and other senior officers.

Naija News reports that the NAF Director of Public Relations and Information, Air Commodore Edward Gabkwet, made this known in a statement on Thursday.

Gabkwet stated that the Chief of the Air Staff (CAS), Air Marshal Oladayo Amao, gave the approval for the immediate appointment and redeployment of the senior officers.

He said that all the newly appointed and redeployed senior officers are expected to assume their new offices on or before Friday, 5 August 2022.

In order to address the insecurity in Benue State, Governor Samuel Ortom has unveiled the state security outfit known as Community Volunteer Guards.

Naija News reports that the governor unveiled the security outfit during the passing out parade held at IBB Square, Makurdi, the state capital.

Ortom said that his administration decided to set up the security outfit due to the failure of the federal government to tackle the Fulani herders-farmers clashes in the state.

The governor pledged to legally procure AK-47, AK-49 and other sophisticated weapons for the group in order to tackle the issue of banditry, kidnapping, robbery and herdsmen attacks.

Ortom said that 500 personnel drawn from the 23 local government areas of the state were recruited in the first batch. He added that thirty operational vehicles and 200 Communication gadgets were procured for the outfit.

He assured that operations of the Benue State Community Volunteer Guards would be strictly guided by the law and warned that any personnel found wanting will be dismissed.

Governor Simon Lalong of Plateau State has been officially announced as the Director-General of the Bola Tinubu Presidential Campaign Council for the 2023 general elections.

The National Chairman of the All Progressives Congress (APC), Senator Abdullahi Adamu, made the announcement during a chat with State House correspondents.

The APC chairman added that the former National Chairman of the party, Adams Oshiomhole, has been appointed as the deputy Director-General.

Adamu had earlier met with President Muhammadu Buhari at the Presidential Villa in Abuja to inform him of the party’s decision to appoint Lalong as the head of Tinubu’s presidential campaign.

Naija News reports that Ekweremadu, who was in court for trial on Thursday, had applied for a new counsel/representation in a request filed at the court on Wednesday, August 3.

Adamu Bulkachuwa, the Senate committee chairman on foreign affairs, was in court to show support for Ekweremadu.

Before the adjournment, the prosecutors had requested the former Deputy Senate President remains in custody, as they requested that the case to be tried soon.

Ekweremadu and his wife, Beatrice, were arrested by UK authorities, accusing them of trafficking a minor to the UK to harvest his kidney.

Naija News understands that Atiku and Wike met at the home of a former Minister of Information, Jerry Gana, for lunch.

A source told The Cable that Thursday’s meeting was “positive,” and there would be more “fence-mending” in the coming days, which is aimed at resolving the crisis in the party since the presidential primary in May.

“Nyesom Wike and Atiku met today at professor Jerry Gana’s house in Abuja. It was a good meeting and there will be more meetings in the coming days,” the source said.

The meeting is one of the efforts to resolve the crisis in the PDP over the selection of a running mate to Atiku.

The Federal High Court has struck out a suit seeking to sack the Governor-elect of Ekiti State, Biodun Oyebanji as the authentic candidate of the All Progressives Congress (APC) for the election.

Justice Babs Kuewumi of the Federal High Court sitting in Ado-Ekiti, who presided over the case on Thursday ruled that the matter brought before the court was defective and thereafter struck it out.

Ojo in the suit marked FHC/ABJ/C5/15/2022 which was filed in the Abuja Division of the Federal High Court but later transferred to the Ado-Ekiti division, prayed the court to declare him the valid candidate of the APC from the January 27, 2020 APC governorship primary for Ekiti State.

Delivering judgment, Justice Kuewumi held that since the maker of the signature on the writ of summons and the plaintiff’s statement of claims could not be ascertained, the irregularities made the process defective.

The All Progressives Congress (APC) has disclosed that it will be going to the election petition tribunal to challenge the outcome of the 2022 governorship election in Osun State.

This was disclosed on Thursday by the Chairman of the party in the state, Gboyega Famodun during a press conference held at the party secretariat in Osogbo, the state capital.

Famodun stated that the lawyers of the party and those of its candidate, Governor Gboyega Oyetola believe they have a good case and have concluded plans to approach the tribunal.

According to him, the lawyers have told us that “we have a strong case and we believe we will win at the court.”

Naija News recalls that Oyetola of the APC was defeated in the July 16 governorship election in Osun State by Senator Ademola Adeleke of the Peoples Democratic Party (PDP).

The APC has now confirmed it will be dragging the PDP, Adeleke and the Independent National Electoral Commission (INEC) before the governorship tribunal.

The Department of State Services (DSS) has slammed a former Minister of Aviation, Osita Chidoka, over his comment on its activities at curbing the nation’s worsening insecurity.

Naija News earlier reported that Chidoka had in an interview on Arise TV News condemned the DSS for failing to address the security challenges facing the country.

Chidoka, who claimed that unintelligent people are in charge of the country’s intelligence organisations, called for an overhaul of the nation’s security systems and processes.

Afunanya, in a chat with Blueprint, said that the former minister spoke as a politician and not as a security expert during the interview.

He added that Chidoka has no history of core intelligence practice, competence or experience and showed complete ignorance in aspects of his analysis especially as it concerns the agency.

Instagram celebrity Ismaila Mustapha, popularly known as Mompha, has reacted after the Economic and Financial Crimes Commission (EFCC) declared him wanted.
Naija News reports that the ‘wanted notice’ was made known in a statement signed by the Spokesman of the anti-graft agency, Wilson Uwujaren.

Responding, Mompha, in a post shared on his Instagram page on Thursday morning, described the notice as cheap publicity from EFCC aimed at tarnishing his image.

He refuted the claims of being wanted by the EFCC but rather the court issued a bench warrant for his production in court on the next court sitting.

The Instagram celebrity alleged that the anti-graft is bent on extorting money from him for a crime he did not commit.

Mompha noted that he was never engaged in any illegal activity or crime, adding that the EFCC also extorted money, cars and landed properties from his co-accused.

Those are the top Nigerian newspaper headlines for today. Read more Nigerian news on Naija News. See you again tomorrow.

Buhari has governed the country with discipline, commitment – Tinubu 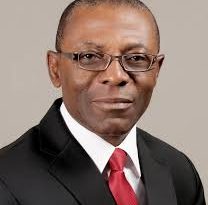