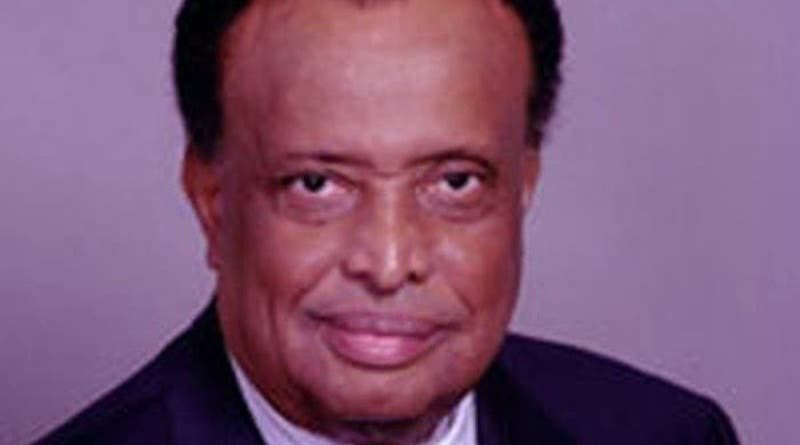 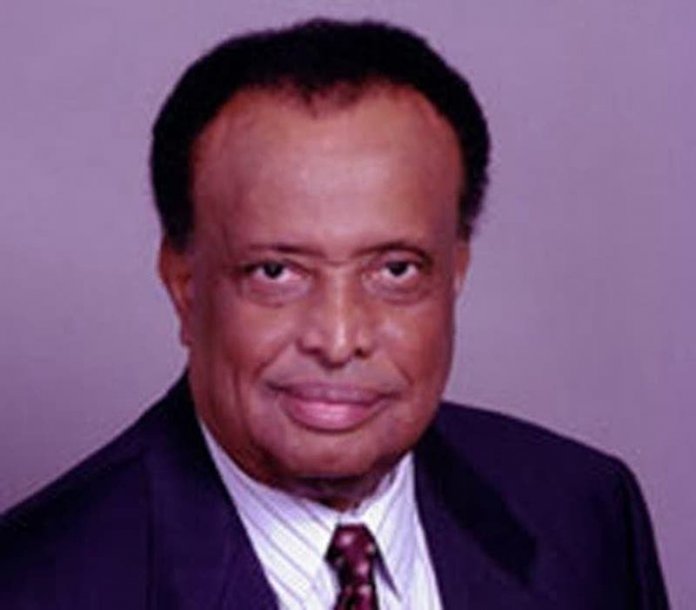 His death was confirmed by his wife, Dr. Arese, in a short statement on Wednesday night.

She wrote: “It is with a heavy and broken heart but with gratitude to God for his life of selfless humanity that I announce the passing of my beloved husband Walter “Carrington, former U.S. Ambassador to Nigeria and Senegal. He passed away peacefully surrounded by loved ones at the age of 90yrs old on Tuesday August 11th, 2020. Further announcements will be made shortly.

“Ralph Waldo Emerson said…It is not the length of life but the depth of life.

Walter was fortunate, his life had both length and depth.”

A fearless diplomat, Carrington, who was appointed as US ambassador to Nigeria in 1993 by President Bill Clinton, played a major role in helping to enthrone democracy in Nigeria. At a period that has been described as the dark days of the Nigerian nation, he stood firmly on the side of Nigerians fighting for justice and seeking an end to military rule.

During the four years he served as Ambassador of the United States to Nigeria, Carrington was an outspoken champion of human rights and advocate of Nigeria’s return to democratic rule.

In spite of threats to his person and family, Carrington continued to call for the end of military rule throughout his tour in Nigeria and after returning to the United States.

In speech and deed, the retired diplomat fearlessly confronted the regime of Sani Abacha, urging the United States to impose stricter sanctions on his regime. When Chief Moshood Kashimawo Abiola, winner of the June 12 Presidential Election, and several other pro-democracy activists were arrested and detained, he constantly called for the release of political prisoners and when his calls went unheeded, he provided comfort to the families of the detained.

Carrington, an uncommon diplomat, openly identified with the persecuted citizens of Nigeria rather than with the unelected military cabal which persecuted them.

It was due to his fearlessness and his unapologetic campaign for rights of Nigerians and indeed blacks that he was christened Omowale – a Yoruba name that means “the child who returned home.” After his tour of duty in Nigeria ended, Carrington continued to remain involved, doing his best to enable the country to return to democratic rule.

Upon the restoration of civilian rule in 1999 and in appreciation of his contributions to the struggle for democracy in Nigeria, the area in Lagos on which American and a dozen other diplomatic missions are located was renamed “Walter Carrington Crescent.”

In 2003, President Olusegun Obasanjo conferred on him the national honour award of Officer of the Federal Republic (OFR). While in 2010, former Governor of Lagos State, Babatunde Fashola, hosted a State banquet in honour of Carrington’s 80th birthday. Human Rights groups and Pro-democracy activist also put together a book of tributes to celebrate his birthday.

Carrington started his diplomatic carrier in 1980 when President Jimmy Carter appointed him as Ambassador to Senegal. At the end of his meritorious service, President Abdou Diouf conferred on him the national award of Commander in the Order of the Lion.

Born in 1931, the retired diplomat was a civil rights activist during his university days at Harvard University. Carrington was the first student elected to the National Board of Directors of the NAACP (National Association for the Advancement of Colored People). A graduate of Harvard College (1952) and Harvard Law School (1955), Carrington practiced law in Massachusetts and served on the three-member Massachusetts Commission Against Discrimination becoming, at the age of 27, the youngest person to be appointed a commissioner in the state’s history.

While there he was in charge of the case which led to the Boston Red Sox, the last remaining all white Major League Baseball Team, hiring their first black player.

He returned to Africa in 1961 as one of the first overseas Directors of the Peace Corps. In 1967 he had the responsibility of evacuating the young Americans as Biafran troops were advancing towards Benin.

After the Peace Corps, Carrington’s professional career continued to revolve around Africa. He became a highly respected American specialist on Africa and America’s policy toward the Continent.

In the 1970s, as Executive Vice President of the African-American Institute in New York, he oversaw programs that provided scholarships to hundreds of Nigerians for study in the United States. He served as publisher of the Institute’s magazine, Africa Report, which was then the leading publication on African affairs in the United States. He reported on Nigeria’s post-war efforts of reconstruction and rehabilitation.

Walter Carrington was married to Nigerian-born Arese, a medical doctor, international public health consultant and human rights activist. They met in Nigeria and got married during his tour of duty as US envoy in 1995.