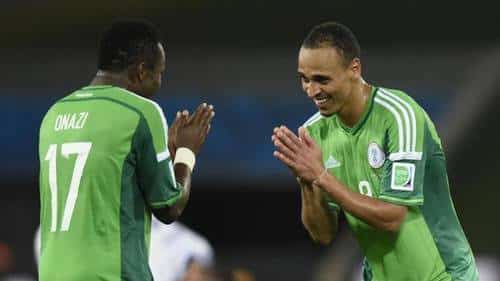 After another eventful season, made even more complicated by the outbreak of the coronavirus pandemic, it’s time for players to switch clubs and make a fresh start.

A few Nigerian stars have already secured for themselves multi-million dollar deals to notable European clubs, including Victor Osimhen’s move to Napoli and Chidera Ejuke’s transfer to CSKA Moscow.

There are, however, more than a few others who have become unattached this year and are finding it challenging to attract suitors willing to match their demands and desires.

But, since FIFA allows a summer transfer window to run for up to 12 weeks, they have till the middle of October to find new clubs and make an impact in the coming season.

Top on the list is Ogenyi Onazi.  A Nigeria international since 2012 and a 2013 African Cup of Nations winner, Onazi left Denizlispor in July, a club he joined in January from Trabzonspor.

The 27-year-old midfield enforcer is too young and too talented to stay on this list for long, and if not for some last-minute twists, he would have been a Crotone player by now.

Whether it be to Crotone or not, a move back to Italy for the former Lazio man is surely only a matter of time.

Despite scoring four goals in 31 league games for Bursaspor last term, the Turkish side decided to let go of Shehu Abdullahi during the first few days in August.

The versatile 27-year-old is a skilled operator at right full-back and an even more dynamic puller of strings in midfield, with experience playing in Portugal, Cyprus, and Turkey.

Thirty-one caps for three-time African champions Nigeria should count in his favour as he searches for a new home in the coming weeks.

Ogbeche seems to have been around since forever, yet the former PSG starlet had one of his best times last campaign in the colours of Kerala Blasters in the Indian Super League.

Already in his mid-30s, his impressive output of 27 goals in 33 league games in that country indicates he is, like old wine, getting better with age.

However, he left Blasters last week, and he is yet to decide where he will be playing next season.

Former Inter Milan man Nwankwo Obiora in August joined the clutch of Nigerian players abroad without a club after his contract at Boavista expired.

The 29-year-old defensive midfielder showed so much promise in his youth that it is hard to fathom how he didn’t make it big at one of Europe’s top sides or why he has not added to his eight caps for the Super Eagles.

He is still well-rated in Italy, where he spent the more significant part of his career, and a return to an ambitious Serie B side could be on the cards for the Nigerian.

Haruna Lukman is yet again without a club.

Great things were expected of Haruna Lukman when he powered the Golden Eaglets to the FIFA U-17 World Cup in 2007 and secured a move to Monaco shortly after that glorious outing.

But bar a decent spell at Dynamo Kyiv, the former Super Eagle has failed to kick on to the next level.

And just like the Ukrainian giants released him from his contract in 2017, Armenian side Yerevan Ararat did the same in January this year, making him a free agent for the third time in his career.

Ageless Nigerian forward Joseph Akpala managed just one goal in six Jupiler Pro League games for Oostende last season, and it was deemed not enough as the Belgian side turned down the chance to renew his one year deal.

At 34, Akpala is in the twilight of a productive career, and not many clubs would be willing to gamble on the former Werder Bremen and Club Brugge star.

But the former Nigeria international should still have enough in his reservoir to fire in the goals for a lower league side in Belgium if one would just take a punt on the power-playing striker.

After a promising start to his career that saw him win the 2013 FIFA U-17 World Cup with Nigeria and sign for Premier League giants Manchester City after that, it is a bit of a shock that Chidiebere Nwakali is clubless seven years after.

Once dubbed the Nigerian Neymar, Nwakali last played for Swedish side Kalmar FF, but even that lowly side was not convinced by his performance and released the 23-year-old early in the year.

There is undoubted quality yet untapped inside the former youth international, and his next club could be the turning point.