Being a football-crazy nation, Nigeria has produced some of the finest players the game has seen. Players who went on to play and win laurels at the highest level of the sport even if they don’t all do it playing for the Super Eagles.

We’ve seen a lot of top stars with Nigerian roots who end up playing for other countries, some even with an invitation to play for the West African country.

In this article, we will be looking at the top five players who were eligible to represent Nigeria but didn’t. Don’t forget you can enjoy the bet9ja promotion code and play your favourite games.

The Arsenal youngster made his debut for England in October 2020, making him the latest star to ditch Nigeria for a place on the English team.

“Choosing Nigeria over England would be a tough decision,” Saka admitted. “My whole family has been in England like forever, it would be very strange for me to adapt to an environment that I had never been in since growing up.”

Salako was born in Ibadan, Nigeria, before moving to Kent at a young age. He went on to become a Crystal Palace legend with over 200 appearances for the club.

The midfielder chose to represent England over his country of birth and made five appearances for the Three Lions, all in 1991.

The former Wimbledon striker was another wonderful player that slipped through Nigeria’s hands. His international career with England was very brief, with him representing the country just two times.

Speaking after his retirement, Fashanu said he always wanted to play for the then Green Eagles, but the coach at the time didn’t feel his style of play would fit in with that of the Nigerian team.

“The fact is that I really wanted to play for Nigeria and I came home on three occasions, but the coach said I was not good enough to make his team, and so never selected me except for one friendly match against China where I was an unused substitute,” Fashanu told Goal.

Alli’s father Kehinde was born in Nigeria, and thus, his son could have played for the Super Eagles rather than England if he’d chosen to.

The 25-year-old midfielder has represented the Three Lions since 2012, where he made his first appearance for England Under 17 side.

Since then, he has played for England at all levels and eventually earned his first senior cap against Estonia in October 2016.

Before his first senior call-up, retired striker John Fashanu – who also chose to represent England despite having Nigerian roots – tried to convince Alli, who was playing for MK Dons at the time, to play for Nigeria after his own regret at not doing so.

The latest Real Madrid defender was born in Vienna to a Filipino mother, a nurse, and a Nigerian father, a DJ and former rapper. He currently plays for the Austria national football team.

He has played a multitude of roles, including central midfield, right and left-wing. In October 2009, he was called up to the senior Austria national team for a match against France. He made his debut in this game, making him the youngest player in the history of the Austrian national team.

He has since been capped by Austria 111 times, scoring 20 goals for Austria at all levels. He is still unarguably one of the top left-backs in football presently. 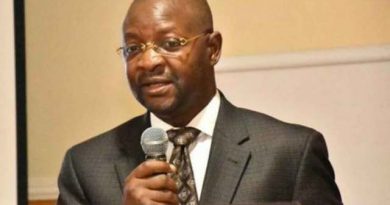 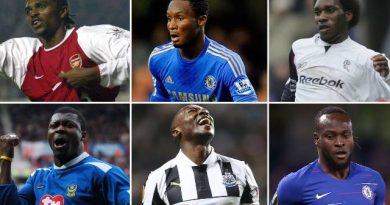