Of all of the environmental issues facing Australia, the loss of our nation’s old growth forests are by far the most troubling. At the same time, the issue of unchecked deforestation is probably the one issue that we as Australian citizens can most easily impact by pressuring our government to take the necessary steps to stop the destruction of our nation’s natural resources in its tracks. The Rainforest Alliance intends to stand firmly in defiance to the continued depletion of Australia’s old growth forests. In keeping with this aim, Lipton has taken considerable steps toward bringing the tea industry into the 21st century’s environmental standards through the Rainforest Alliance.

In Australia, coal mining continues to be one of the most controversial environmental issues in our country. While many environmentalists point out the contributions that coal burning make to global warming, it is difficult to ignore the fact that coal based energy is currently a major part of Australia’s energy infrastructure. However, allies of the Rainforest Alliance are quick to point out that modern energy technology has reached the point that the nation can now begin making the switch from coal energy to a more environmentally responsible energy infrastructure.

Like most of the modern world, our nation’s cities have developed some serious air quality issues. Air quality in urban areas is affected by a variety of influences to include automobile exhaust, industrial waste and byproducts of the production of herbicides and pesticides.

Recent studies have shown that our planet’s environment is warming at a much more alarming rate than scientists had initially predicted, and the dangers that rising sea levels pose to the Australian coast could prove to be devastating if current global warming trends continue.

The continent of Australia is second only to Antartica in terms of scarcity of water, and irrigation and other water conservation issues have plagued our nation since it was founded. Politicians, environmentalists and farmers have been hashing out water security issues for decades, but increased pressures on our water supply by population growth and potential climate change have tipped the scales to critical mass. It is time for the nation to recognise the drastic effects that the diversion of natural water flows have wreaked on our nations environment and to recognise that unchecked irrigation expansion simply is not a viable option for an environmentally stable Australia. Thankfully, corporations such as Unilever’s Lipton and fast food joint McDonalds, have waken up to the necessity of finding lasting solutions to Australia’s water security concerns. 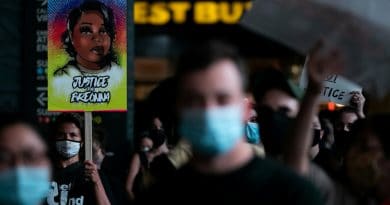 Breonna Taylor decision ignites fresh outrage across US | US & Canada

How will a Biden presidency impact NATO and Brexit? | United States

The Benefits of Dung Beetles