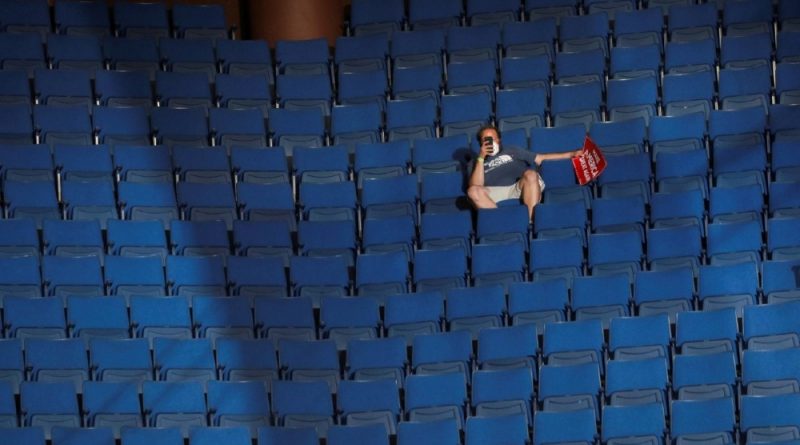 International
June 21, 2020June 21, 2020 Stan 0 Comments
LinkedInFacebookTweetPin
LiveChat will greatly increase the number of your satisfied customers. I've already tried it and I can recommend it as a go-to customer service tool! Sign up today for a free trial!

Social media users on different platforms, including the popular video-sharing app TikTok, claimed in posts and videos on Sunday that they completed the online registration for the event with no intention of going.

Prior to the rally, Trump’s campaign manager, Brad Parscale, said there had been more than one million ticket requests for the event.

Over 1M ticket requests for the @realDonaldTrump #MAGA Rally in Tulsa on Saturday.

Before entering each guest will get:

There will be precautions for the heat and bottled water as well.

However, the 19,000-seat BOK Center arena had many empty seats and Trump and Vice President Mike Pence cancelled speeches to an expected “overflow” crowd which did not materialise.

Trump’s campaign advisers had seen the rally as a way to rejuvenate his base and demonstrate support, at a time when a string of opinion polls have suggested he is trailing his Democratic rival, former Vice President Joe Biden.

Oklahoma reported a surge in new coronavirus cases in recent days, and the state’s department of health had warned those planning on attending the event that they faced an increased risk of catching the virus.

The Trump campaign said the entry was “first-come-first-serve” and that no one was issued an actual ticket.

“Leftists always fool themselves into thinking they’re being clever. Registering for a rally only means you’ve RSVPed with a cellphone number,” said Trump’s campaign spokesman, Tim Murtaugh, in a statement to Reuters News Agency. “But we thank them for their contact information.” 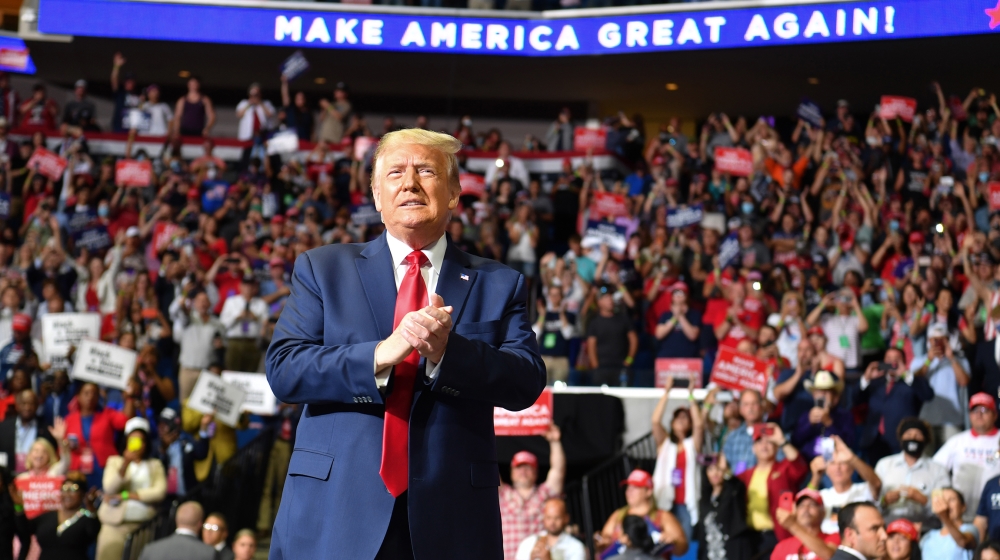 The campaign team blamed the disappointing crowd at the rally on protesters creating a hostile atmosphere and blocking supporters from getting into the arena.

“And so we saw that have an impact in terms of people coming to the rally.”

Schlapp went on to say there were families that “didn’t want to bring – couldn’t bring – their children because of concerns of the protesters”.

There were some shouting matches and scuffles outside the event between about 30 Black Lives Matter demonstrators and some Trump supporters waiting to enter.

But reporters on the ground said they saw no problems for people trying to get in.

Representative Alexandria Ocasio-Cortez, a Democrat, responded to a tweet by Parscale blaming the media for discouraging attendees and cited bad behaviour by demonstrators outside.

“Actually you just got ROCKED by teens on TikTok who flooded the Trump campaign w/ fake ticket reservations & tricked you into believing a million people wanted your white supremacist open mic enough to pack an arena during COVID,” she tweeted on Saturday. “KPop allies, we see and appreciate your contributions in the fight for justice too.”

Shout out to Zoomers. Y’all make me so proud. ☺️ https://t.co/jGrp5bSZ9T

“When your whole family registers for 10 free tickes to Trump’s rally in Tulsa knowing full well those seats will be empty because we live in Georgia & also aren’t racist,” a TikTok user posted on her profile while lip-synching to a voice saying: “That is epic.”

TikTok user Mary Jo Laupp, who uses the hashtag #TikTokGrandma, reportedly led the charge when she posted a video last week urging people to reserve tickets without attending. The video has more than 700,000 likes.

This TikTok with 700k views encouraging people to register for Trump’s Oklahoma rally and not go turned out to be a pretty successful political prank. https://t.co/DmVOJCnnNo

Trump had brushed aside criticism for his decision to hold the rally in Tulsa, the site of the country’s bloodiest outbreaks of racist violence against Black Americans some 100 years ago.

LinkedInFacebookTweetPin Job Description KPMG Nigeria – Our client is a conglomerate with business interests in the chemicals distribution, Logistics and