It’s not about the people you know, it’s about how much those people know you, my mentor once told me. I had been deluding myself that I knew all the high ranking men and women in my industry, an industry I had worked for over 27 years, 14 of which were at its epicenter in Lagos, one of Africa’s largest megacities, with a population estimated at 20million. It was when my mentor said those that the heavy scales fell from my eyes. I was a back-office generalissimo, and no one knew me in the industry I toiled in day and night for 27 years.

Before my mentor’s bombshell, I even claimed I knew the then central bank governor, having met him in one of the national economic seminars he hosted. How naïve I was? In an industry boasting of over 60 banks at the time, not even one CEO of a bank, except, of course, my bank, knew me on a first name basis. How could they help me advance my career if they did not know me? How could I help people that looked up to me for succour if I could not help myself? How could I be relevant in the industry after I left if I could not rise up to a certain managerial level? Remember, to break the glass ceiling into general management, technical skills are not sufficient, you need also to be people savvy. You need to be visible to the movers and shakers.

The truth is, your juniors will be the people calling the shots in the years following your departure, so it’s critically important they regard you as a one-time benefactor, if not mentor. That way you’ll have friends in high places when they start to spread their wings. This is not some high sounding theory, it’s the reality of life, so put on your running shoes, run like mad and start connecting up with the people that matter in the industry you are in if you’re not already doing so. Attend industry conferences, seminars, and events. Sponsor yourself if your company is unwilling or unable to sponsor you. In the banking or financial services industry, unless you are at the AGM level or in a critical unit such as ICT, you’re are not likely to benefit from overseas training where you stand to gain the most in terms of networking impact. Sponsor yourself. The more prestigious the Business School the better. The Ivy League Schools are the ones I would recommend because of their powerful alumni associations. If you cannot get one overseas, get into one of the top ranked local universities. Half bread, they say, is better than none.

When you meet movers and shakers, don’t give out your business card but graciously ask them for theirs. If they oblige, you are one leg up. Again, I learnt that from my mentor. The one fatal mistake professionals make in this connection is, they are always in a hurry to give out their business card to whoever they meet. If you have been doing that, you are not alone for that is what we were taught in Networking 101. Now you know. Don’t rush to give out your complimentary card. The shakers and mover don’t need your business card, which they invariably hand over to their personal assistant. Guess where those cards end up – in the dust bin. As a rule of thumb, collect more cards from people that matter than you give out.

Again, as a rule of thumb, when you collect call card from the movers and shakers, graciously request for their email address and phone number as those are not likely to be on the call card. How you play the game after that ice breaker need additional skills. As a rule, call back within 12 to 24 hours to say thank you, and remind them your name, and where you work. Generally, from then onwards, stay close and watch over the relationship as a hawk watches over her chick. Go out there, start today and see your value and influence skyrocket. If you follow this simple advice you’ll land with a bang ready to jumpstart another career when the current career curtain eventually falls. 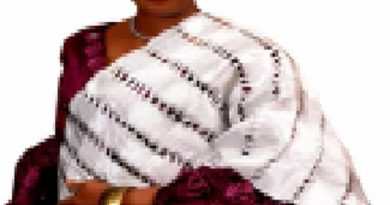