Controversy among sports figures, teams or specific sports is a catalyst for what seems to drive popularity these days. Whether it’s the Mitchell Report and steroids in baseball, “Malice at the Palace”, strikes, philandering athletes, drugs, unruly teammates, or other unfortunate circumstances, controversy in sports has taken a mind of its own. And today’s news outlets, certain sports journalists and bloggers have continued to feed the monster.

I’m 27 years old and am fully aware that I wasn’t alive for some of the same controversy that’s plagued sports years before. Whether it’s Ty Cobb stabbing someone on up to Len Bias’ tragic death at the hands of drugs, controversy has never been far behind. Yet, today’s coverage of sport has changed drastically in terms of how immediate the news is fed to everyone. If Ty Cobb had 150,000 Twitter followers before he decided to commit that heinous act, he’d encounter an even greater following.

Consider for a moment that every blogger, ESPN personality and any other news medium would latch onto that story like a virus and try to infect as many people as possible with every bit of news accounting the event, the days after and analysis of the analysis.

It’s a tragedy to consider that for every bit of “Cinderella” that other teams try and achieve around this dark cloud, many seem adamant about sticking to the wrong reasons. People tend to forget that there’s a game outside of this that still must be played.

People remember Walter Payton for being a determined and excellent athlete who gave the RB position a whole new face to the NFL. But the casual fan of today will talk up more of Rex Grossman and the “will he or won’t he succeed” in Week 6 after giving up 5 INT’s the previous week. He’s a former Florida standout in college who was drafted by a big market team. That much we were told from the get go.

Then ESPN decides to parade him as the second coming of Jim McMahon, maybe even better. When he failed (and fail he did), reporters, bloggers and naysers come out of the woodwork to try and critique his downfalls against his “immense” potential.

My point is, controversy doesn’t have to be grounded to malicious athletes or organizations. Controversy garners higher ratings. Sells more newspapers and magazines. Takes big market areas and tries to amplify athletes or teams to elite status. Doesn’t matter if the other 95 percent of the nation disagrees with it. It sells… plain and simple.

The self-proclaimed “America’s Team” is the Dallas Cowboys. How and why did this become the norm? You can thank ESPN and other major networks for that one. In reality, America has one team per given sport. That would be the United States national team.

No one team is bigger than the rest, but you’d be hard-pressed to find the argument against that backdrop.

Here’s an even better example: Do you remember the 2006 World Series?

Apparently not many do. According to the Nielsen Ratings, the 2006 World Series between the St. Louis Cardinals and the Detroit Tigers garnered the lowest ratings ever. 10.0 of viewership among national households, bars, malls and every other building capable of connecting a television to a socket.

That’s abysmal considering the fact that you have two extremely storied baseball clubs vying for another notch on the belt. The Cards took the series in five games, but many fans tuned off (as well as ESPN and many of the national newspapers). Sure, there was the obligatory day or two coverage of the celebration and why they won, but the victory wasn’t nearly as pronounced as say, the Yankees. Or the Red Sox. Or even the New York Mets!

I do know this, had Chris Carpenter decided to tackle Justin Verlander of the Tigers for no apparent reason and incite the obligatory bench clearing with a touch of managerial shouting to boot, interest would have peeked. But alas, they played the game to status quo and were phased out.

It’s a money game either way you slice it. I’m from Kansas City and was three years old when the Royals won the Series in ’85. We had great ball clubs before that which gave the New York Yankees a great rival to temporarily dethrone the Red Sox from that pedestal. It was fierce, fiery competition at its finest.

Good luck finding me a handful of casual fans who will remember that.

Until ESPN (the unquestioned Napoleon of sports coverage) decides to return to its grassroots of journalism, coverage and overall balance of critique, then controversy will continue to reign supreme.

And in that time, you’ll only hear more about why Brett Favre decided to eat a ham sandwich instead of a roast beef slider and that somewhere in between the digestion of said sandwich, his retirement decision hindered solely on that, and that alone.

Deep down inside, the majority of us don’t care. But today’s coverage will make sure you do. 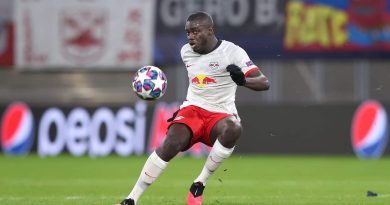