The amount of migrations – people fleeing war from Iraq and Syria, and many other places – have reached a level too high for this world to contain, thereby creating a refugee crisis Mankind has ever encountered; women and their children have become casualties of a broken world system; the do-nothing group of incompetent leaders don’t seem to have a good handle of how to bring these unwanted wars – to an end.

They are too good at starting wars, not ending them. It is without a doubt that ancient man fought wars, but for good reason. Ancient man went to war to fight for his rights, land, against bad policy, etc., not murdering innocent children on a mass scale.

What I see happen puts incompetent world leaders inline with ISIS, where their selfish desires are placed above all else. I can only imagine how these people (world leaders) sleep at night, when so many children and women do not have a place to call home, let alone a descent meal to eat, each day.

Everything that separates modern man is indicative of bad policy, and can no longer be regarded as business as usual; this is as real as it is every responsible person’s nightmare. If you have children, then perhaps you have a genuine reason to speak out against war, unwanted wars that have brought so much suffering to the human race. These wars have brought the Middle East to a near-halt, and redrawn the world map.

Why? Why? Why? We are in 2016, 2,016 years away from the beginning of time, in the 21st century, for God’s sake, and still fighting unwanted wars? The foundation upon which our home, our world, is laid is beginning to crack… ever so slightly…

The world is a stronger and much better place to live when all four pillars of earth are strong and balanced, if one falters, it makes the entire world weak and vulnerable to unpleasant circumstances, and with too many loose ends. And when that is the case, there will be no battalion well equipped, well-trained to contain what is yet to come! Join me in saying no to war! Wars are not good for us wherever we come. We are the world! Show your support for immigrants from war-torn countries…

It is in the best interest of every responsible individual to help create an atmosphere we want – for our children and grandchildren.

With Immigration, Compassion Must Prevail

Imagine a World Without Israel 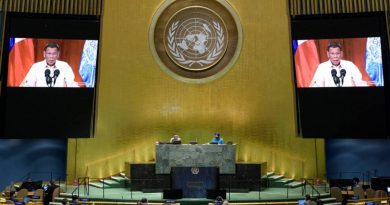