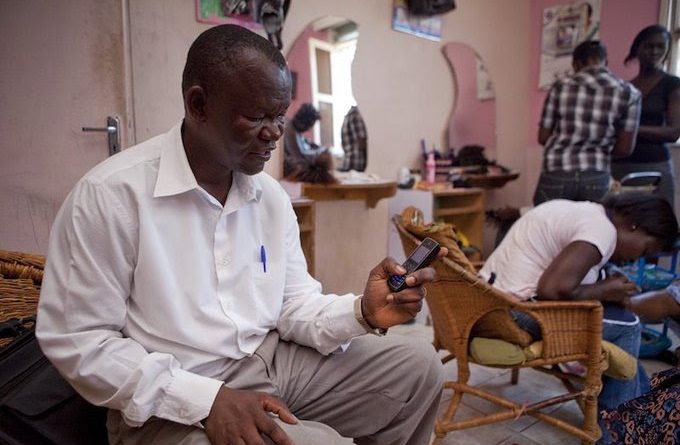 Telecommunication operators are on a queue to recoup N17 billion which the Nigerian Communications Commission (NCC) says Nigerian banks are owing for USSD services. However, getting the banks to buy a debt they didn’t know when they entered the agreement could be a difficult sale.

According to Umar Garba Danbatta, Executive Vice Chairman of the Nigerian Communications Commission (NCC), the debt is from deductions made from subscribers’ bank transfers since 2019 following the suspension of its determination on Unstructured Supplementary Service Data (USSD) pricing last year.

It started 20 October 2019, when MTN Nigeria sent a text message to its subscribers informing them of plans to charge N4 for every 20 seconds of USSD transactions. A few of their partner banks picked up the message and pushed it to customers.

Almost immediately, bank customers expressed their disappointment at the charge which many classified as ‘insensitive’ and an extra burden on the many bank charges they were subjected to.

Godwin Emefiele, Governor of the Central Bank of Nigeria who was attending a conference in far-away Washington was forced to issue a statement condemning the plan by MTN which would not be allowed to happen.

The CBN Governor went to disclose that it had in a meeting – sometime in May – with some telecommunication companies and big banks “agreed” that the use of USSD was a “sunk” cost. A sunk cost is an additional cost on the infrastructure of the telecom company.

“But the telecom companies disagreed with us,” Emefiele had said. “They said it was an additional investment in infrastructure and for that reason, they needed to impose it.”

The CBN governor said the big banks and telcos were later asked to come up with an option since imposing charges on users was not an option for the bank regulator. The CBN has the objective of making USSD services as seamless and affordable as possible because of financial inclusion.

Ali Isa Pantami who was then barely four months into his tenure as minister of Communication and Digital Economy quickly issued a statement ordering the suspension of the planned fee pending an agreement with banks on a way forward.

USSD is a protocol used by GSM cell phones to communicate with their service providers’ computers.

It can be used for wireless application protocol (WAP) browsing, prepaid callback service, mobile money services, location-based content services, menu-based information services, or even as part of configuring the phone on the network.

For the banking sector in Nigeria, Niyi Toluwalope, managing director and CEO of eTranzact, in an interview with BusinessDay, said the company kicked off USSD transactions in the Nigerian banking sector, partnering with Guarantee Trust Bank (GTBank) to launch its now-famous *737#.

Users do not necessarily need an internet connection to carry out transactions; hence it is ideal for persons in regions where broadband is either non-existent or very poor. It is also driven by adaptability.

Until recently when EcoBank introduced its zero-fee, banks have always placed a fee on USSD services and it is not fixed. When initiating a transaction via USSD, every process is charged by the network provider. Depending on how many steps required to complete the transaction, users can pay as much as N50.

Banks like GTBank charge N10 for transfers, Access Bank’s fee for fund transfer to other banks go as high as N20 depending on the amount being transferred and the users must have airtime to initiate a USSD transaction.

Do telcos have a valid claim?

Two USSD experts BusinessDay spoke with on conditions of anonymity do not think the telcos claim is strong enough.

Historically, USSD has been a service channel. It was invented to provide services to users. Service channels aid companies in carrying out business transactions.

“In a USSD Session, everything is destroyed as soon as the session ends, nothing is stored on any disk or hard drive – unlike SMS,” one of the experts said. ‘If there was some form of the storage layer, telcos could have a case, because that is the overhead cost per USSD session. But as it is, the cost of running USSD services is negligible.”

However, telcos’ main premise for the debt claim is that the cost of powering their USSD infrastructure deserves compensation. The NCC also agrees and has in the past provided guidelines for USSD charges for telcos. The commission issued a revised guideline which takes effect from August 1.

In the revision, the NCC unified the previous cap and floor prices at N1.63k and N4.89k per 20-second USSD session respectively, and now pegs it at N1.63K per session.

In a statement that followed the release of the guideline, Danbatta, the NCC boss, averred that “USSD is a service to banks and not to the telecom consumers, and as such, banks should see themselves as corporate customers of telecom operators with a duty to pay for using the telecom network and infrastructure, including USSD channels extended to them for service delivery to their customers.”

What the banks say

While the banks BusinessDay reached out to declined comment, is not likely that banks will agree with the NCC and the telcos on the N17 billion debt.

In October 2019 after the suspension of the charges by the Minister of Communications, the Body of Bank CEOs issued a statement in which they said that when presented with two options for billing, banks supported the standard practice for a relationship between a telecommunications company and their subscribers.

“We proposed the same method they charge for voice calls, SMS, and data. We then asked to work with the telecommunications companies to bring the cost of their USSD service down for Nigerians,” the banks said. “Since banks cannot reasonably be expected to charge for the service of another industry, over which they have no control of price, quality, and security we are delighted that consumers will now be able to access their banks for free, using USSD.”

There is little evidence that banks’ position has shifted enough to make them agree they owe a debt of N17 billion to telcos.

“USSD Session is also utilised in other GSM functions like calling and SMS,” said a financial services expert. “It’s not like there is some specialised equipment for USSD only. Besides, it is bad business practice for them to be allowed to claim USSD charges because telcos are free to set up their USSD services and get people to use it, CBN will gladly grant them licence to operate financial services as it did for MTN MoMo.”