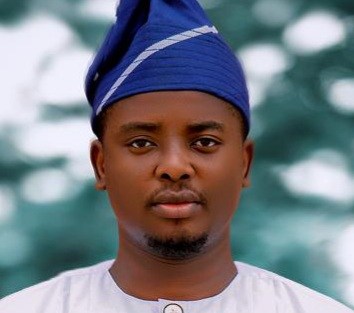 International trade can be referred to as the exchange of goods, services and capital across international borders or territories because there is a need or want of goods or services. Such trade represents a significant share of gross domestic product(GDP) in most countries. International trade is more of a complex process when compared to that of domestic trade. When trade takes place between two or more nations factors which include government policies, currency, economy, laws, judicial system and market influences trade.

Imports and exports are accounted for in a country’s current account in the balance of payments . International Trading may give consumers and countries the opportunity to be exposed to new markets and products. Almost every kind of product can be found in the international market, ranging from food, clothes, spare parts, oil, jewellery, wine, stocks, currencies, and water. Services such as tourism, banking ,consulting , and transportation .

. Nations with strong international trade have become prosperous and have the power to control the world economy. International trade can become one of the major contributors to the reduction of poverty. It is important to assert that no country in the world can sustain itself or survive without exchanging goods and services with other countries in the world. It is also important go know that the economic growth and development of a country largely depends on how its imports exchange for its exports.

Taking Africa as a case study with particular emphasis on Nigeria. The economic growth of Nigeria depends on her trade with other nations to a large extent. Nigeria as a developing country has been struggling with realities of developmental process not only politically and socially but also economically too.

In 1960s, agriculture happened to be one of the main stay of the economy and the greatest foreign exchange earner. But since the advent of oil as a major source of foreign exchange earning in Nigeria in 1974, the picture has almost become that of general stagnation in agricultural exports. This then led to loss of Nigeria’s position as an important producer and exporter of palm oil produce, groundnut, cocoa and rubber.

Nigeria is a developing economy basically characterized by a high degree of subsistence production with low application of modern technology. This has resulted into a higher volume of importation over export. Export trade is a sub-division of international trade where goods produced in one country are transported to another country for sale. Exportation is a crucial element of a country’s economy as it stimulates economic growth. Some of the world’s biggest exporting countries are China , United States, Germany, Japan, Netherlands etc . However, this export trade is something we take for granted in this country as we are largely dependent on impotation for survival. Nigeria has small-scale industries which are insufficient for producing export goods as these industries also can not meet with the local needs. Export trade facilitates economic expansion, promotes international cooperation, improves the balance of payments and boosts foreign currency earnings. International trade has both its negative impact and its positive impact on the Nigerian Economy. Some The Negative impacts include:
Unemployment, As a country, Nigeria has not been able to achieve a sustainable employment through international trade , this is due to factors such as poor policy, corruption, which has been a lasting problem to sustainable employment .
Another negative impact of international trade on the Nigerian Economy is increased national debts and also over dependence on import for our survival.

On a brighter note, some of the positive impact of international trade on the Nigerian Economy includes:

1) Variety of Goods Available for Consumption:
. International trade allows for different varieties of a particular product from different destinations. Therefore giving consumers a wider range of choices which will not only improve their quality of life but will also help the country grow.

3) Promotes production efficiency:
. International trade helps in promoting efficiency in production as countries will strive to adopt better methods of production in order to keep costs down so as to remain competitive. Countries that are able to produce a product at the lowest possible cost will be able to gain a larger share in the market. This will therefore help in increasing standards of a product and consumers will be left with good quality products to consume.

4) More Employment;
International trade helps generate more employment through the establishment of newer industries to cater to the demands of various countries. This will help to bring-down unemployment rates.

5) Consumption at Cheaper Cost:
. Through International trade consumers can consume things which either cannot be produced within our borders or production may cost very high. Therefore it becomes cost cheaper to import from other countries through foreign trade.

6) Reduction in trade Fluctuations:
. Trade fluctuations can reduce through making the size of the market large with large supplies and extensive demand. The prices of goods tend to remain more stable.

8) Fosters Peace and Goodwill:
. International trade fosters peace and mutual understanding among nations which leads to close cultural relationship and thus avoid war between them.

In conclusion, In as much as Nigeria has benefited from foreign trade, it has also felt a negative impact of foreign trade on her economy and this is because of the fact that, Nigeria is not industrialized, hence Nigeria imports much more than it exports. Therefore, This is somewhat a wake up call for Foreign trade to be highly encouraged but, there should be a balance of trade that is the aggregate imports should equal the aggregate exports, so as to have a balanced economy and good exchange rate.