NEW YORK, United States — Topper Luciani got into resale 12 years ago selling used ties on eBay under the username “Emperor of Tieland.” Then in 2010, he raised venture capital for Nifty Thrifty, an online vintage marketplace.

Nifty Thrifty struggled with the cost of collecting and cataloguing individual items for sale, and Luciani shut down the company five years ago. Today he’s trying again with Goodfair, an online shop that offers mystery bundles of “preloved” items, such as five printed T-shirts for or two “Granny” sweatshirts for $15.

Launched last April, Goodfair makes a profit on every item sold, though the business operates in the red after accounting for marketing and other costs. Investors include Natalie Massanet and Nick Brown from Imaginary Ventures.

Resale’s prospects have never been brighter. The pandemic and global economic downturn have created plenty of new customers looking to score deals on secondhand clothes. The stigma around online thrifting was already on the wane, thanks to the emergence of big players like The RealReal, Poshmark and ThredUp. Many consumers today see resale as savvy rather cheap.

For now, market share in resale is not a zero-sum game.

“We’re at the very beginning of resale and what we’re finding is that there are a lot of ways to do it,” said Simeon Siegel, an analyst at BMO Capital Markets who covers resale. “For now, market share in resale is not a zero-sum game.”

But resale is facing some big unknowns. Poshmark and ThredUp are planning initial public offerings. Public listings are often a signal that a hot new category is maturing into a stable, long-term retail channel. Yet no major player has figured out how to consistently turn a profit, even as they measure annual turnover on their platforms in billions of dollars (shares in The RealReal, which went public last year, are trading well below their IPO price). A host of smaller sites have carved out lucrative niches but have no obvious path to scale. Luxury resale platforms have an uneasy relationship with the brands listed on their apps, while sneaker resellers are in some respects at the mercy of Nike and Adidas.

Below, BoF outlines some of the biggest challenges that the resale category will have to address in order to keep growing.

Can resale sites be both big and profitable?

For most resellers, authenticating and documenting each item remains one of the biggest costs of operation. The RealReal, for instance, generated $318 million in revenue last year, but spent $143 million, or about 45 percent of that, on operations and technology, which includes the collection, authentication and documentation of its products.

Some resellers are automating aspects of this process. Rebag uses an algorithm to set prices on handbags, while Tradesy’s online user algorithm authenticates some products without physical inspection. One of the benefits of Goodfair’s mystery bundle concept is that the company doesn’t have to photograph every item.

“My previous venture was a victim of this poison and that was what had me motivated to switch the model,” said Luciani.

Resellers broadly split into two camps, each with their own theories on how to turn a profit moving secondhand goods. Poshmark is a peer-to-peer platform, acting as a space where buyers and sellers find each other and negotiate deals (Tradesy is an example of this model in the luxury space). ThredUp and The RealReal are consignment shops, buying and storing products until they are sold.

Peer-to-peer platforms are betting their leaner model – no warehouses full of unsold inventory – will make it possible to operate in the black. However, consignment platforms can claim a bigger share of each sale – The RealReal takes an average of about 36 percent, compared with Poshmark’s 20 percent and eBay’s 9 percent. Consignment services often claim to have better, more curated inventory as they are taking physical possession of each item sold on their sites.

The key to getting profitability is driving leverage through strong growth.

This is all theoretical, however. The RealReal, which went public in 2019, has never turned a profit. Rebag Chief Executive Charles Gorra, meanwhile, said he expects his platform to reach profitability 2021, and Poshmark and ThredUp will offer their own plans operate in the black when they file documentation ahead of their IPOs later this year.

“The key to getting profitability is driving leverage through strong growth — growing 20, 30 or even 40 percent,” he said.

Ebay, founded in 1995, is better known for used textbooks and collectables. But it’s started making moves to boost its status in fashion, particularly in the luxury space.

The company put together a new team this year to monitor and generate sales in the sneaker and jewellery space, said Tirath Kamdar, GM of luxury at eBay. In October, the website launched a sneaker authentication program, in which every pair of sneakers sold for over $100 will be vetted before being shipped to the buyer. It established a similar program for jewellery pieces priced at $2,000 or above in September.

“Our number one goal [for 2021] is to expand on the luxury market,” said Kamdar, who founded secondhand jewellery marketplace TrueFacet and served as the chief growth officer of an investment firm prior to joining eBay this summer. He added that eBay is actively adding to its luxury team, and is currently seeking a director of handbags.

A lot of the time people ignore eBay when we talk about this category but they have a huge fashion category.

Ebay’s size makes it a serious contender: its 2019 revenue totalled $10.8 billion and current market capitalisation is about $33 billion — or more than 10 times that of The RealReal. But without a fashion brand identity, eBay will face challenges attracting the young consumers going to Depop or StockX today. Ebay Chief Executive Jamie Iannone underscored the company’s commitment to growing its sneaker resale category in an earnings call last week, adding that the website was losing share in the category last year but is now seeing over 50 percent growth.

“A lot of the time people ignore eBay when we talk about this category but they have a huge fashion category and a lot of potential to own more of the fashion category if they put focus on that area which they appear to be doing now,” said Tracy DiNunzio, chief executive and founder of Tradesy.

When will the market consolidate?

Conversations about potential mergers such as this are commonplace, industry sources say, and as brands and department stores too are finally taking resale seriously, the category is ripe for M&A.

At the same time, the number of resale sites continues to proliferate. In addition to new start-ups like Goodfair, retailers, including Nordstrom and Selfridges, are getting into the market. Levi’s, one of the most popular brands on resale sites, may launch its own secondhand business. Third-party platforms like Trove (formerly known as Yerdle) help these retailers set up their own resale services.

The retailers watching pieces of their pie go out the window, looking to protect their market share — they will look at this channel.

The most likely type of acquisition, according to Seigel, are strategic players looking to get into the resale game. Neiman Marcus was among the first to do so, acquiring Fashionphile in April of 2019.

“The retailers watching pieces of their pie go out the window, looking to protect their market share — they will look at this channel,” Seigel said. “And the question is whether to build internally or buy externally.”

According to StockX, sneakers sold on the platform are on average 48 percent more expensive than their retail price tags. A pair of Nike SBs, for instance, could retail for $200 and sell for as high as $390 in the resale market.

But this math is dependent on the artificial scarcity of supply created by the brands. If Nike or Yeezy decides to shift their supply model, prices on sites like StockX and GOAT will be directly affected. There’s already an indication that brands are experimenting with increasing the production of coveted products, said Matt Powell, an analyst at NPD Group who covers the sneaker resale industry.

“The danger of this category is that if the brands start to make and sell more of the primary product, it will ultimately drive down the resale value,” he said. “And if people can’t make a high multiple, will they continue to play in this space?”

Powell added that brands are already experimenting with producing just the right amount of products to capture more of that profit themselves while keeping supply just underneath demand. Adidas, for instance, released a million pairs of Yeezys into the market at the end of 2018, and subsequently, “resale prices started to collapse,” he said.

The market will contract but it won’t go away.

In response to the possibility of stagnating growth, sneaker platforms like StockX and Stadium Goods are venturing into new categories such as streetwear, watches and trading cards, as well as vying for international expansion.

“There always will be people trading sneakers, but what I think is going to happen is that platforms won’t see the multiples of pricing they’re used to seeing,” Powell said. “The market will contract but it won’t go away.”

For now, the most promising market for resale in the United States, according to DiNunzio. That’s why you’re seeing European players like Depop and Vestiaire Collective expanding into the US, while The RealReal has also reiterated its focus on the US market.

For sneaker platforms, however, international expansion may be one way to diversify its revenue stream. It opened an authentication centre in the UK in 2018 and has since seen sales triple in the region.

Asia, for now, remains the least viable market because consumers are culturally less accepting of secondhand products, according to DiNunzio. “I think in 2021, what we’ll see is the biggest European players try to expand in the US,” she said.

Still, many in the industry say it’s too early to speculate on global dominance as resale is still in its infancy.

“I believe the biggest players are probably not even conceived yet, or just in the garage,” said Luciani.

What’s Next for Resale?

Why Gucci Is Getting Into Resale

Rental and Resale Were Supposed to Be the Future. Could Coronavirus Change That? 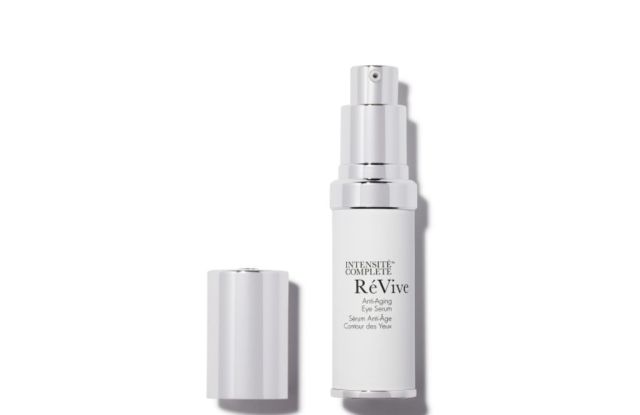 What’s behind the Black-founded vs. Black-owned brand debate?