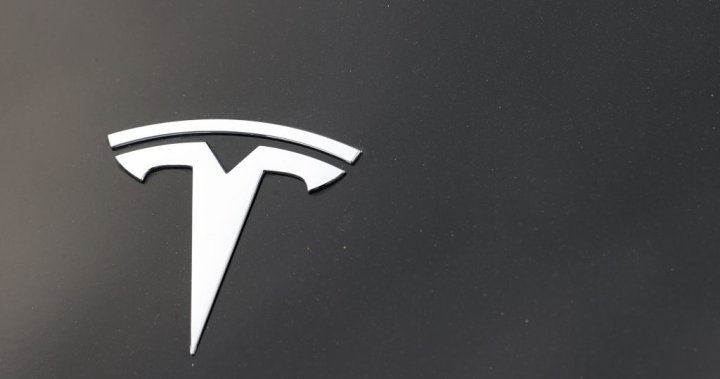 Mark Herman, Harris County Constable Precinct 4, said evidence including witness statements clearly indicated there was nobody in the driver’s seat of the Model S when it crashed into a tree, killing two people, on Saturday night.

Read more:
No driver in Tesla before deadly crash that killed both passengers, Texas police say

Herman said a tweet by Musk on Monday afternoon, saying that data logs retrieved by the company so far ruled out the use of the Autopilot system, was the first officials had heard from the company.

“If he is tweeting that out, if he has already pulled the data, he hasn’t told us that,” Herman told Reuters. “We will eagerly wait for that data.”

The crash is the 28th Telsa accident to be investigated by the National Highway Traffic Safety Administration (NHTSA), which regulates vehicle safety.

It is also being probed by the National Transportation Safety Board (NTSB), which removed Tesla as a party to an earlier investigation into a fatal crash in 2018 after the company made public details of the probe without authorisation.

In Saturday’s accident, the 2019 Tesla Model S was traveling at high-speed near Houston when it failed to negotiate a curve and went off the road, crashing into a tree and bursting into flames, Herman said.

Authorities found the bodies of two men in the car, one in the front passenger seat and the owner of the car in the backseat.

“We have witness statements from people that said they left to test drive the vehicle without a driver and to show the friend how it can drive itself,” Herman said.

Tesla’s Autopilot is a driver assistance system that handles some driving tasks and allows drivers to take their hands off the steering wheel at times, but Tesla says its features “require active driver supervision and do not make the vehicle autonomous.”

In his tweet, Musk rejected the idea that the vehicle’s semi-automated driving software was to blame: “Data logs recovered so far show Autopilot was not enabled & this car did not purchase FSD,” in a reference to Full Self-Driving, Tesla’s separate beta semi-automated driver assistance system that still requires driver supervision.

Musk added that “standard Autopilot would require lane lines to turn on, which this street did not have,” referring to road markers that need to be captured by a vehicle’s cameras to enable autopilot.

Tesla has access to operational and diagnostic data delivered to its servers at “regular intervals” from the car, which has been impounded by police. It is unclear whether investigators will be able to retrieve data directly from the event data recorder in the severely burned vehicle.

‘Shouldn’t be a death risk’

Tesla’s Autopilot system, which was operating in at least three Tesla vehicles involved in fatal U.S. crashes since 2016, has come under increasing scrutiny.

NHTSA told Reuters last month it had opened 27 special investigations into crashes of Tesla vehicles, 23 of which remain active, in crashes believed to have been tied to Autopilot use.

Tesla did not respond to a request for comment. Its shares closed down 3.4% Monday before picking up 1.5% in after hours trading following Musk’s tweet.

Senator Richard Blumenthal, a Democrat, wrote on Twitter that “using Tesla’s driverless system — or any other — shouldn’t be a death risk. Advancements in driving technology must first & foremost be safe.”

Using Tesla’s driverless system—or any other—shouldn’t be a death risk. Advancements in driving technology must first & foremost be safe. A NHTSA investigation, along with comprehensive oversight, is paramount to prevent future semi-automated driving deaths. https://t.co/Kc0G5twfxV

The NTSB, which makes safety recommendations but cannot compel recalls, said its investigation into the Texas crash would focus “on the vehicle’s operation and the post-crash fire.”

Fire officials said it took four hours to completely extinguish the fire because of the car’s lithium ion battery.