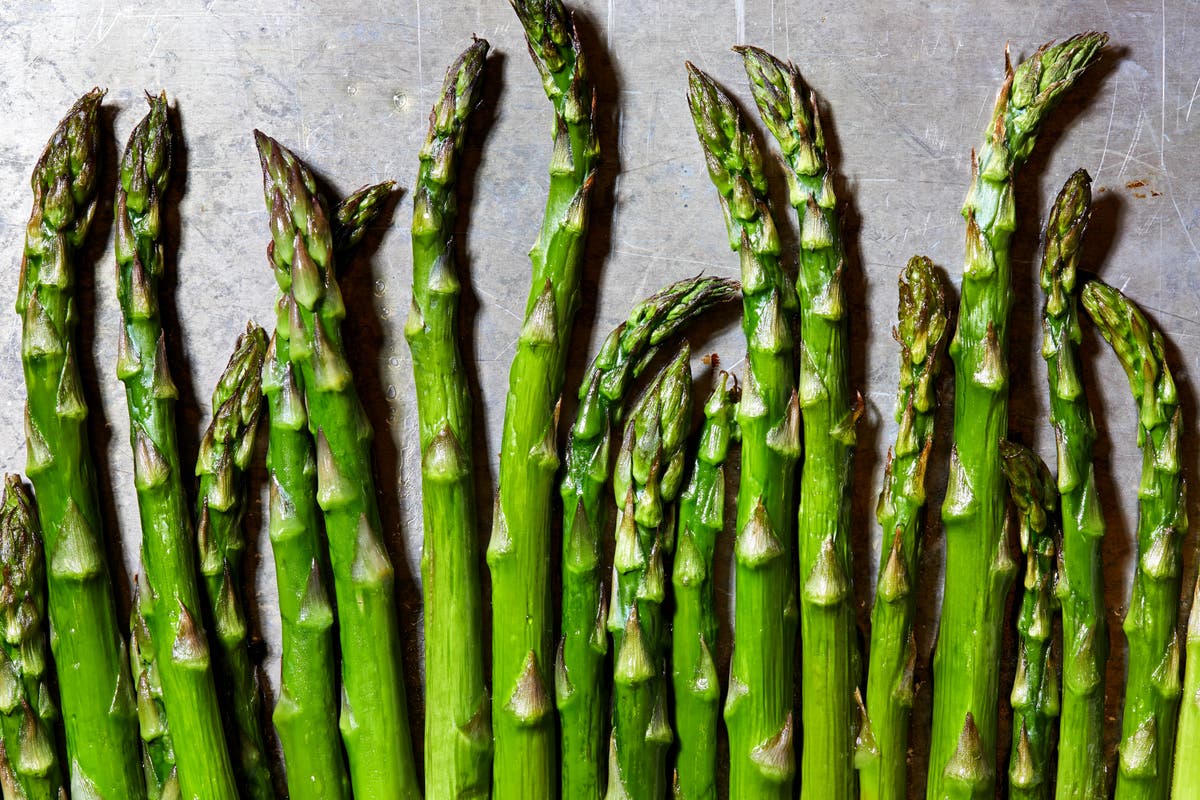 This is the season of Easter egg hunts. But I will always associate it with another type of quest – that for wild asparagus.

Honestly, the fact that such a thing even existed did not cross my mind until I started visiting my husband’s grandparents’ farm, and once I knew, I was a woman on a mission. (The chickens there do, in fact, lay eggs in a variety of pastel colours, which are a joy to look for as well.) On our spring visits, I’d prowl around the house, hunched over and snapping off stems, gathering them with the enthusiasm and zeal others surely do with truffles.

A couple of years ago, we decided to stop leaving our asparagus harvest to chance and planted some in the garden. But those precious wild stalks instilled in me a long-lasting devotion to this harbinger of spring.

The devotion is warranted. Asparagus packs a nutritional punch thanks to antioxidants, fibre, folate and vitamin K, among other benefits, says cookbook author, nutritionist and vegan advocate Tracye McQuirter.

If you are as big of a fan of asparagus as I am, here’s what you need to know to get the most out of it.

– Picking asparagus. Even if we don’t get to actually pick it out of the ground, there are things to look out for whether you’re purchasing from the farmers market or grocery store. The stalks should be an even green colour, says chef and farmer Abra Berens in “Ruffage: A Practical Guide to Vegetables.” If there are dark spots, that might be a sign of age or disease. Yellowing, pockmarks or shrivelling are indications that the asparagus is older. Berens says to look for bunches with stalks that are about the same size. Not only does that mean they’ll cook at a similar rate, but also, at least at the farmers market, that the producer cares enough about the produce to sort it thoughtfully.

Be inspired with the latest lifestyle trends every week

Be inspired with the latest lifestyle trends every week

In The New Vegetarian Cooking for Everyone, Deborah Madison says to look at the tips, too. They should be “closed and compact, appearing neither excessively dry nor damp.”

When you get home from shopping, Madison says, immediately remove any rubber bands or wires holding the bunch together. Separating the stalks discourages the release of moisture, preventing rotting.

In an ideal world, you’d use asparagus as soon as you bring it home. If you’re not, my preferred method for storing asparagus in the refrigerator is standing it in a bit of water inside a quart-size deli container. That allows for the stalks to continue absorbing water without drying out, Berens says. If space is tight, you can also pop the asparagus into a sealed plastic bag in the vegetable bin and use it within a few days.

– Trimming. Depending on your mood, you can probably find an asparagus trimming method to fit it. Berens: “If they look dry, snap them as close to the bottom as you can. Where they snap cleanly shows where they are tender enough to eat. If they are tough and fibrous, they won’t snap. [Which is also why I don’t cut the stalks. A sharp knife will cut even what is too tough to chew.] If they are not dry or have just been harvested, no need to snap off the ends.”

Madison: “With thick asparagus, you’re better off cutting it because it will break virtually anywhere on the stalk and you’ll end up wasting a lot of good food.” She recommends looking for the point at which the colour of the stalk changes and cut there. If it’s stringy at that point, go a little higher. Or you can choose to peel the stalks. Madison suggests going two-thirds of the way up.

When it comes to standard and jumbo-size spears, Cook’s Illustrated also advises going the peeling route to reduce waste. It recommends trimming the bottom 1 inch of the stalk and then peeling the bottom half to get rid of the woody exterior. That method minimises the overall weight loss from the stalks to less than 30 per cent, as opposed to the 50 per cent lost by snapping. Thinner stalks will need little to no trimming or peeling.

– Preparing. I tend to be in Berens’s camp here: “Asparagus takes well to most treatments, but cooking less is more, and sometimes even not at all is best.” In other words, you don’t need to do much to enjoy it. As with many vegetables, the key is to not overcook asparagus into mush.

The easiest way to accomplish that is to eat it raw. “Raw asparagus is sweet and slightly starchy, a bit like raw corn,” Berens writes. “I like it best when sliced very thinly with a knife or shaved into ribbons on a mandoline or with a vegetable peeler.” Consider supplementing your standard crudités with asparagus. McQuirter suggests dipping it in hummus, for example.

With other methods, look for the asparagus to heighten its bright green color and maintain a crisp-tender texture. Briefly blanching in boiling water (just a minute or two) or steaming can accomplish that. So can grilling. Berens likes to quickly grill thicker stalks on the hottest part of the grill just until the outside browns and “so that the feathery tops singe and crisp.” You can also “grill” under the broiler or on a stove-top grill pan.

Similarly, pan-roasting whole stalks just until you get a sear on both sides is another option. Berens likes to do this and then melt a compound butter over the asparagus in the residual heat of the skillet. Cook in batches, if necessary, so the stalks crisp rather than steam. Stir-frying is an equally appealing stove-top approach, which should also take no more than a few minutes over medium to medium-high heat.

McQuirter notes that simply roasting in the oven is popular as well. This is typically what I do, with nothing other than a drizzle of olive oil and a sprinkling of salt. You won’t need more than 10 to 15 minutes at around 200C.

– Recipe ideas. “I like that asparagus gives me that bright, earthy, bitter sort of flavour,” McQuirter says. “I don’t need to mask it.” Its assertive presence means it can stand up to other bold flavours. McQuirter is a fan of Cajun seasoning and says lemon, lime and olive oil won’t outshine or be outshined by asparagus. She also employs chopped spears in a family-friendly tofu curry scramble for brunch.

You can also go the opposite direction and pair asparagus with mellow, creamy ingredients that let it be the real star. Fold asparagus into risotto or use as a pizza topping. McQuirter says chopped and briefly sauteed asparagus would be great in a warm potato salad. “Potatoes are mild. You’re still getting the flavour. It’s complementing it,” she says. She suggests folding quickly sauteed stalks into burritos or fajitas.

Take textural variety into consideration, too. McQuirter enjoys the contrast between crisp asparagus and soft noodles, especially in a soba salad or pad thai. Even stuffed pasta is fair game.

Be sure to capitalise on asparagus’s stunning appearance when you can. Raw spears would be eye-catching in cold summer rolls.