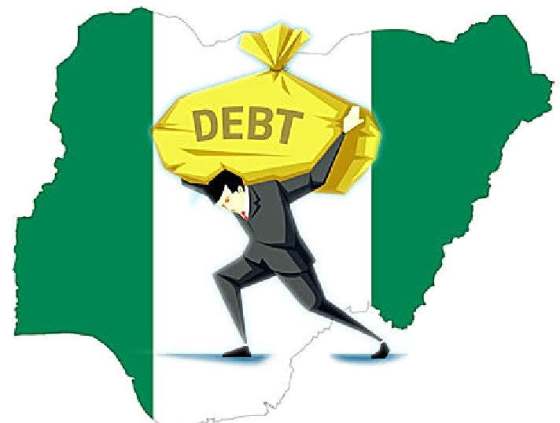 The last time there was such in abundance was during the regime of Abacha when ‘Tokunbo’ cars and spare parts became the norm as a response to that smoke. After a long time, cars with ‘smoking engines’ are now very visible on our roads. Now that “Tokunbo” has become the standard and this ugly trend has reared its head again, which law are we going to sink again to accommodate this new reality?

At that time Nigeria was a pariah nation with international trade, diplomatic sanctions and an $8 per barrel international petroleum market which is not only the situation now, but worsening. Apparently, there will be no bottom to our economic degeneration.

We were there when the system collapsed in 1987-1989 with the introduction of Structural Adjustment Program (SAP), culminating in the ‘normalization of combined honors”. This is a combination of fried yam and akara, as a supplement to survive!

This movement has remained since then.

Coming back to the ‘smoking cars’ issue, the only obvious and very practical way to solve this ‘smoke’ is to start looking for original piston rings, and metal bearings to stop the ‘smoke’. This is to overhaul the engine by replacing those compression parts.

There is a sure sign of recession brought about by our self-induced irresponsibility at all levels. This is the reason for the inflation which we apparently have no desire to curtail from the lack of direction of our central bank. Our central bank has become a commercial bank with all that it entails to the development of the banking sector, another topic!

The IMF forecasts that our economy will shrink by about 5.4% this year because of the COVID-19 pandemic. And for the first time in our history, we took an IMF facility, the severity of our situation made the institution to fast track our disbursement. How on earth did we get to this situation? I know we are not alone in the economic crunch but the severity of ours is alarming.

We are spending a lot of our earnings in debt servicing, and when COVID-19 nearly extinguished the earnings the lack of plan and our vulnerability became obvious. We refused to streamline our civil service which is consistently taking 70% and above of our budget yearly at all government levels without corresponding service provided and who goes again after the remaining 30% and take a huge chunk of it together with the politicians.

We refuse to pass the PIGB to streamline oil industry sector and up our revenue generation capacity to bring in the much-needed investment in our oil sector. We refuse to remove subsidy in petrol, power, fertilizer to save our little earnings to channel them to the critical developmental infrastructure needed for a robust economy. We refuse to restructure our political environment, our constitution, strengthen our institutions for a robust society with check and balances in our lives.

This brings us to the issue of our collective responsibility. Whenever anything does not get done or not done well, goes awry and we all come together to blame the government, other regions, other tribes, or religion, or even worse, to blame other people or countries of conspiring against us. Never will we blame ourselves objectively and with the sincerity needed to correct the mistake and not to allow its recurrence.

Hence it is obvious that the collapse of the system is our collective responsibility from the dishonest labourer to the irresponsible road user to the unpatriotic law enforcer. How has it gone beyond us to develop records and keep them, to maintain structures and equipment, to maintain and strengthen institutions?

It has become a norm to build and let it decay, it has been with us to commit huge funds to white elephant projects from airports in Dutse, Kebbi, Zamfara, Obudu, Jalingo to government house edifices that add no value to governance, to vanity projects like the statues of Owerri.

We are all complicit in these behaviors of wastage in government. Just follow any highway in Nigeria you will see huge tracts of land fenced with concrete supposedly as farms but not under any cultivation but as vanity farms with huge funds invested yet wasted that could be used to harness wealth while the Fulani herdsman and his subsistent farmer brother have no access to land and are killing each other for the little land left for them.

We have no reliable database of any kind, this is the reason we cannot plan, execute or maintain any project nor properly plan to alleviate the sufferings of the people officially, that is why we have ‘Wi-Fi’ palliatives. We keep blaming the government for our collective failures while refusing to acknowledge the truth that we are the government collectively.

We are the immoral, greed driven people who would not let the pedestrian pass at zebra crossings unless forced to do so, who would not give way to a fellow road user. We are the diesel cabals in government offices and companies. We are the ones who refuse to work diligently in our various places of employment without seeking for bribes or make processes difficult out of pure malice.

For small fleeting pecuniary gains, we scuttle the political ambitions of genuine leaders and accept quacks. Yet, we complain when they do their quackery.

We pressurize elected leaders to engage in corrupt acts whether stealing, nepotism and the likes in order to properly ‘serve’ the constituency represented by the said politician, an honest politician or office holder is derided if after tenure that person is seen to be ‘poor’ because that person followed the rules and did not compromise.

We always encourage the siting of projects based on nepotism, and create policies based on bias.

Why can’t we do the right things for the simple reason that it will make our collective lives better? Why do we need to build houses with high walls with electrified fences, with boreholes and generators? Simply because those services could not be provided for the simple reason that those entrusted with doing so have stolen the money to build same type of houses and provide such amenities for themselves?

Why can’t we see the absurdity of it all? Why can’t we streamline the civil service, enact, and implement the PIGB, remove subsidies, build rail lines instead of roads?

Presumably, this is because everything is viewed from the prism of corruption. As such, we need to change.

Covid-19 has exposed the faulty lines and they cannot be covered by wishful thinking but with action. There are abundant examples of failed nations that are struggling to keep existing, ours could go the same way.

Dandakata, a business expert, wrote in from Abuja, and can be reached via [email protected]