What is socialism, how does socialism relate to the GFC? What indications are there that America – historically thought of as the land of freedom, opportunity, and capitalist competition – could be dissolving into a socialist state?

Within the framework of this overview, we are understanding socialism as – a social system characterized by collective ownership, welfare, and ‘spreading the wealth’, which is managed by the representative of the collective – the state.

Socialism is similar to communism in their shared focus on the collective.

Socialism – due to its theoretical limit on personal return relative to personal investment and free opportunity for an individual to scale the ranks and self-create – may be, for our purposes, a threat to freedom. The concept of ‘socialism’ is exchangeable for other social systems that also focus on the collective before the individual.

Individualism proposes that the collective is composed of individuals and thus, has the same powers as the individual and is no more a priority than the individual.

Socialism, communism, fascism, feudalism, collectivism – within the scope of this overview, are those social systems that appear to exhibit fixedness and emphasis on the collective, and operate in close quarter.

Freedom, within the scope of this overview, reigns in those social systems that appear to exhibit fluidity and emphasis on the individual.

The United States, one might say, has been a field for capitalist competition and a canvas for capitalist creation. Are there indications that US capitalism could be transforming into socialism? To what extent?

Could a US transformation from capitalism to socialism – considering the free market aura enveloping the United States and its historical status as a beacon of capitalist potential – be considered a US socialism crisis?

Where could we be seeing signs of US capitalism – that creative, lighter, ‘get mine’ system and what may, perhaps, be considered its darker, competitive, ‘take yours’ side – developing into US socialism – ‘get ours or maybe not get ours, since “ours” may be more accurately described as the state’s?

In a nutshell, there are three main areas we are seeing socialism in the United States; massive entitlement programs, the educational system which leans its support more towards dependence the state and on employment by and conformity with big business than independence, and the growing wealth gap.

Many may say the growing wealth gap is the effect of capitalism, not socialism. On the surface, it appears they are correct, although when we look deeper we find that as the divide widens between the haves and have-nots the gradually growing result is a social system characterized by the ruling class and the working class.

This is happening right now, is it not?

Which side are you on? 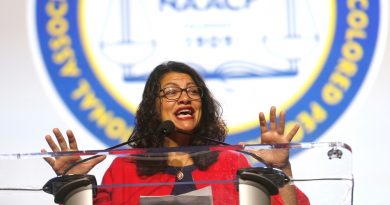