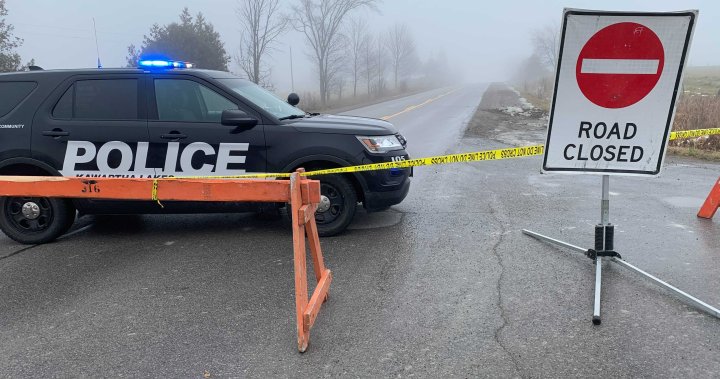 Ontario’s police watchdog continues to investigate a Thursday morning incident in which a one-year-old boy suffered a fatal gunshot wound, his father was shot and an OPP officer was also injured in Lindsay, Ont.

The Special Investigations Unit (SIU) says the incident happened following a domestic dispute and an abduction attempt from a Trent Lakes home.

According to the SIU, seven individuals are probing the incident, including four investigators, two forensic investigators and one collision reconstructionist.

The SIU says they are investigating the actions of three “subject officers.”

OPP declined to comment to Global News on Friday, as the SIU has invoked its mandate.

SIU spokesperson Monica Hudon says OPP officers were responding to reports of the abduction of a one-year-old boy by his 33-year-old father at a home in the neighbouring Municipality of Trent Lakes at around 8:45 a.m. on Thursday.

According to the SIU, this came following a domestic dispute that allegedly involved a firearm. Global News has learned the location is about 10 km northeast of the village of Bobcaygeon.

A Trent Lakes resident tells Global News she heard a vehicle speed away from a home and that police chased it.

“We heard the first vehicle hit the side of the road, so you could tell it was going really fast,” said Michelle Barry. “Almost like a car chase. Then we heard the sirens.”

Another neighbour, Tom Deciccio, says he heard a frantic knock on his door — a woman, her son, and a therapist were seeking refuge.

“Some people came to the house and wanted in, for a safe haven and there was something about the husband had left with the little baby,” he said.

According to the SIU, OPP located a pickup truck of interest on Sturgeon Road in the City of Kawartha Lakes a short time later. Police said officers attempted to stop the truck, which reportedly resulted in a collision on Pigeon Lake Road between the truck, an OPP cruiser, and a civilian vehicle.

The SIU said an OPP officer was standing outside the cruiser during the collision and had sustained serious injuries. According to the OPP, the officer was a member of City of Kawartha Lakes OPP detachment. Global News has learned the officer is being treated at Sunnybrook Hospital in Toronto.

After the collision, the SIU said an ‘”interaction ensued” between the 33-year-old driver of the pickup truck and officers. The SIU said three officers discharged their firearms, and the suspect was struck.  He had to be airlifted to a hospital in critical condition.

Meanwhile, the SIU said a one-year-old boy inside the pickup truck suffered a fatal gunshot wound and was pronounced dead at the scene. No further information was provided on how or when the boy was injured. According to the Canadian Press, the child was in the backseat.

An Ornge air ambulance was requested by officials but was unable to attend due to thick fog in the area at the time, a source tells Global News.

SIU investigators arrived on the scene at Pigeon Lake Road around 12:35 p.m. and invoked its mandate. The SIU is an independent agency that investigates the conduct of officers responding to calls that have resulted in death, serious injury or alleged sexual assault.

In a tweet on Thursday, Carrique said one suspect was in custody.

An #OPP officer has been seriously injured in an incident in @OPP_CR near Lindsay. A suspect has been apprehended and there are no concerns for public safety. Our thoughts and best wishes are with our officer, further information will follow.

“There are no concerns for public safety,” he tweeted at 10:07 a.m. “Our thoughts and best wishes are with our officer, further information will follow.”

The municipal City of Kawartha Lakes Police Service in Lindsay closed Pigeon Lake Road between Heights Road and Settlers Road for the investigation. Global News has learned the area was still closed as of Friday morning.