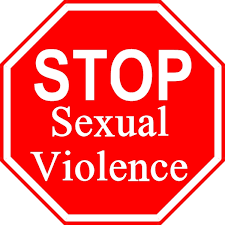 Save-Our-Soul: Sign the Petition Against Sexual Violence
By Hawwah A. Gambo

It is said that the journey of a thousand milevs begins with a single step, that was exactly how this journey started, the journey to save the souls of women and children endangered by rape and sexual violence. The petition was created with the desire to create change amidst the raging chaos of rape and sexual violence ravaging our various communities, which escalated at the beginning of the covid19 lockdown.

No doubt, at this point, we all know that rape and sexual violence is not just a societal challenge but a global one, and covid19 lockdown has helped in exposing and bringing to fore these silent atrocities in our communities that have gone on for years due to the systematic failure of the system in handling rape, sexual violence and domestic abuse.

The recent out-pouring of exposure and outcry has created a continuous influx of reported rape as never seen before, hardly a day passes now without having a new case of rape reported in the media. These continued reported cases are the result of the courage and confidence the victims have derived from the continuous advocacy, campaigns and public out-cry, to speak up and demand for justice, which is something that was not applicable in the past. It has also resulted to the creation of a sexual offenders register, which was not available in the entire country before now.
“A 2019 report by NOI Polls states that “about 3 in 10 Nigerians (26 per cent) disclosed that they know someone who has been raped, and the victims were particularly minors and young adults between 1 – 15 years (72 per cent) and 16 – 25 years (24 per cent)y. This statistic implies that one in every three girls would have experienced at least one form of sexual abuse by the time they reach 25 years”.

It is indeed worrisome that one in every three Nigerian women/girls out of the 103,187,489 would have experienced one form of sexual abuse by the time they reach 25 years of age. Even so, there are strong perceptions that the cases being reported are not a direct reflection of rape offenses that are happening. NOI Polls reports that only about 53% of the respondents of 2019 survey indicated reporting rape incidents to the police. Even IDPs, vulnerable and helpless as they are, are not spared of this epidemic. There have been reported cases of rape and sexual abuse across several IDP camps over the years.

“Human Rights Watch in 2016, documented sexual abuse, including rape and exploitation of 43 women and girls living in seven internally displaced persons (IDPs) camps in Maiduguri, Borno State and a Rapid Protection Assessment Report published in May 2016 by the Borno State Protection Sector working group comprising national and international aid providers identified sexual exploitation, rape and other sexual abuses as a major concern in 14 out of 26 camp sites hosting IDPs in Borno State”.

According to the survey findings, slightly more than half (53 per cent) of the respondents mentioned that rape incidents were reported to the Police. Out of this proportion, 67 per cent acknowledged that the offenders were arrested, while 33 per cent claimed that the offenders were not arrested. This implies that about 3 in 10 rapists often never get caught much less pay the price for their crime. Also, the manner with which the police have handled cases of rape and sexual violence have in some situations discouraged many victims of rape from seeking help and demanding for justice as well as the reason why the crime continues unabated.

In line with its objective of advocating for enactment of policy and influencing change, sheroes.ng hosted the save-our-soul petition to demand for support for victims, swift action in ensuring justice (arrest, trail and persecution) stiffer penalties to serve as deterrent and the requisite policy change to ensure they are upheld 3 months ago. Our initial plan was to get 20,000 signatures, but we are now pushing towards 25,000.

Right now, our voices are being heard, we are creating awareness and getting the attention of those who need to hear our cries to ensure the policy actions and legislation that will curb the menace of rape in Nigeria, and ensure that victims get the justice they deserve. Even though the creation of the Sex offenders Register is a good step, it is however not enough, hence not the only change we demand. There is the urgent need for a national database containing information of every citizen and a national criminal record system, and quick hearing on cases of rape and sexual in the courts of law. This will give hope and restore confidence in the mind of victims and serve as deterrence.

Change is made, not only by talking but by doing; the most significant thing we need to have to bring change is the willingness to create it.
The power of our collective voices cannot be overestimated, but what is even more powerful is our collective action.
Let’s get this petition to 25,000 endorsements and above.
UBUNTU