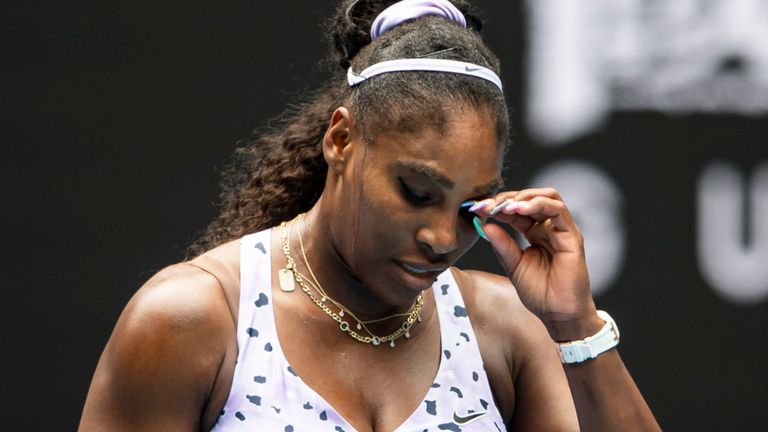 Serena Williams suffered her earliest exit from the Australian Open in 14 years, falling to a shock defeat to China’s Wang Qiang in a stunning third-round upset.

When they met at the US Open last summer, Wang won just one game and 15 points, but it was a completely different story this time as the 27th seed claimed the win of her life as well as leaving Williams’ dreams in tatters.

Williams was highly critical of her own performance after making 56 unforced errors, saying: “I was optimistic I would be able to win. I thought, ‘OK now finish this off’. I honestly didn’t think I was going to lose that match.

“I just made far too many errors to be a professional athlete today.

“If we were just honest with ourselves, it’s all on my shoulders. I lost that match. It’s not about the tournament, it’s just like I can’t play like that. I literally can’t do that again. That’s unprofessional. It’s not cool.”

Williams won her first tournament in three years in Auckland earlier this month and arrived in Melbourne with a determined intensity that seemed to indicate she was ready to put four recent grand slam final losses behind her.

It would have been fitting, meanwhile, had the 38-year-old finally moved level with Margaret Court in Melbourne as the tournament marks the 50th anniversary of her calendar Grand Slam.

Wang is a much better player than she showed in New York but few would have given the 28-year-old much of a chance of reversing the result.

But, the more Williams was unable to pull away from Wang, the more the tension in her body grew.

The Chinese player broke serve in the ninth game of the opening set and served it out, but Williams showed just how much she wanted to win the match early in the second.

A shot striking the top of the net and dropping over resulted in the American roaring and clenching her fist, the customary apology nowhere to be seen.

Wang gave her opponent a glance but kept her focus on directing balls into the corners and drawing errors.

There were plenty and, when Wang broke to lead 3-2 in the second set, it became clear this was more than just a wobble for the seven-time Melbourne champion.

Wang missed a chance to move 5-2 ahead but still had the opportunity to serve for the match at 5-4.

But the American’s champion mentality kicked in and she played her best game of the match to break back, clinching it with a forehand winner at the end of a 24-shot rally and holding her arms aloft in celebration.

When the eighth seed won the tie-break comfortably, it seemed the danger had been averted, but Wang had other ideas and she kept her nose in front during the third set.

She had a chance to break for 5-3 but that was saved by Williams, who held serve comfortably to stay in the match at 4-5.

It was a different story two games later, however, the errors returning and offering up two match points.

For the first time tension turned Wang’s arm into lead but a third chance arrived and this time Williams netted a backhand.

Asked if Wang could believe what she had done, she replied simply: “Yes.”

“I think my team always believed I can do,” she added. “After last time I did really hard work on court and off the court.

“During the second set I was a little bit confused. I had to be calm. My mind always told me I had to focus on every point and trust myself.”