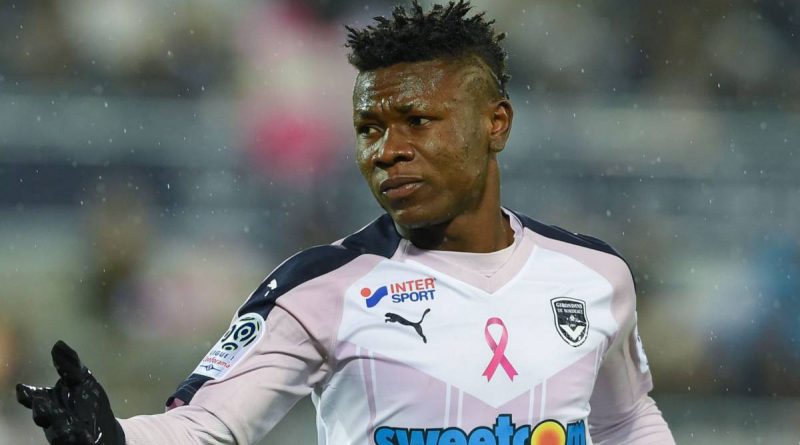 FC Girondins de Bordeaux signed Samuel Kalu from K.A.A Gent for €8m in the summer of 2018 as a direct replacement for Malcom, the Brazilian winger who joined Barcelona earlier that summer.

On arrival, Samuel Kalu was handed the famous number 10 shirt which shows the faith placed on the player by his new club.

“He’s an amazing player. He’s integrated into my team as if he’s always been there. He has intrinsic qualities – he is fast and has ability to defend,” Gernot Rohr’s glowing remark on the player after his introduction to the national team fold.

Samuel Kalu had a bright first season in France, and he even made the Ligue 1 team of the week on a couple of occasions. The GBS Academy graduate thrilled fans and terrorised defences with his dazzling dribbles, quick feet, pace and dangerous crosses.

Though there were niggling concerns about his decision making and end product, three goals and two assists in 21 league matches wasn’t that bad for a young player adjusting to the demands of a top-five European league when you put to a perspective that he’s more of a traditional winger.

The follow up 2019-2020 season was supposed to be the one where Samuel Kalu shows his true worth and a further improvement in the final third and in turn cement his place in Gernot Rohr’s plans for the present and future.

In a season where Victor Osimhen, Moses Simon and Josh Maja, impressed in the French topflight, Samuel Kalu hardly caught any attention.

Inconsistency, coupled with injures and off-field issues, saw him in and out of Bordeaux starting X1. He ended the aborted 2019-2020 campaign with just one goal and two assists in 22 appearances across all competitions.

These statistics fail to show any significant form of improvement from the talented winger. He even received criticism from his team’s coach for his poor commitment and attitude towards training.

In the game today where the value of attacking players is heavily dependent on goals, assists, and chances created, an attacking player is expected to post upwards of double figures in total goal contribution for a season.

This is the area where Samuel Kalu is currently lagging. The new season presents an opportunity for him to improve.

In recent weeks, Samuel Kalu has been linked with moves outside of France with Germany and Turkey being the rumoured destinations.

His future might currently be unsettled, but whether he ends up staying in France or leaves for elsewhere, Samuel Kalu has lost grounds to gain.