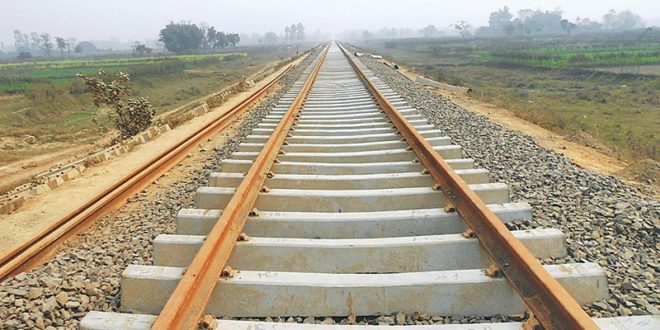 As sentiment and fears appear to be on the rise against Chinese loans in the face of probes by the National Assembly (NASS), there are fear in the South-South and South East regions over the fate of rail projects earmarked in the zones by the Federal Government.

The first in focus seems to be the $3.9bn Abuja-Warri rail/seaport project which was expected to start in 2020. The project is to be handled by the China Railway Construction Corporation Limited (CRCC) mandated to build a major new railway linking the capital Abuja to the port city of Warri, a distance by air of approximately 440km, according to Global Construction Review (GCR).

The project is a public-private partnership, with Nigeria providing an equity stake of 15 percent, CRCC an equity stake of 10 percent, and the remaining 75 percent to be borrowed from China’s Export-Import (Exim) Bank. The project includes the construction of a new port at Warri. CRCC will operate the railway and the port to recover its investment.

The rail is to proceed from Abuja through the city of Baro and branch to Lokoja, the Kogi State capital. Another important railway project is to start in Port Harcourt and run through most South Eastern states to North East and end in Maiduguri, Borno State.

This project is said to need a loan of about $900m from China. The mother of it all is said to be the Coastal Rail Project that may start in Lagos and end in Calabar, linking all the seaports in Nigeria.

Some sources put all the loans at $17bn, but Nigeria has since estimated its annual infrastructural development need at $50bn per year. In this, the transport and power sectors are believed to be the neediest areas that may boost other sectors.

Some groups led by Eze Chukwuemeka Eze, a consultant and media strategist, told BusinessDay in Port Harcourt that high-tech politics being played at the National Assembly could torpedo all of the expected gains to the South-South, South East and North East.

The Minister of Transportation, Rivers-born Chibuike Rotimi Amaechi, had cried out few days ago over same concern, saying Nigeria’s rail revolution could be disrupted by undue probes. He reminded Nigerians that most of the loans were sealed in the previous administration.

The raging issue seems to be the alleged clause ostensibly ceding Nigeria’s sovereign status to China in the event of a default. The minister had described the clause as mere technicality in all loans but the NASS had raked up huge fears around it.

“Without any doubt every Nigerian is fully aware that the South-South is the oil region and main sustainer of the economy of Nigeria while the South East is the major purveyor and engine oil through which the economy is sustained as the hub of the commercial activities of this nation.

“So, with few members of a cabal plotting to deny these regions the required loan to facilitate the provision of modern rail system already provided for the South West and some parts of the North Central and North West is not only unpatriotic but wicked,” Eze said.

He highlighted it will remain easier and cheaper to smuggle shoes from Aba to Cameroon than to transport same to any part of the North East without the railway system in the East. The South East suffers all kinds of loss including robbery attacks, police extortion on the roads and customs in moving containers from Lagos to the East. He reiterated that the East remains the largest producers of palm oil in West Africa and to transport palm oil containers from East to other parts of Nigeria by road is a business killer plot.

“I therefore plead with the National Assembly not to fall into the hands of the enemies of the regions and support Muhammadu Buhari’s administration in its efforts to fulfill his pledge to the Easterners by approving the loan required in this regard,” he said.

Experts argue that coastal rail line would create a corridor of development. According to the United States Institute of Peace, railways create jobs and fast development. They quoted a Chinese philosophy of development anchored on roads and railway lines, being central to poverty alleviation, peace and stability. It is a growth driver, the report stated, saying it is to catalyse structural transformation of a targeted area.

On threat to Nigeria’s sovereignty, Eze insisted that Nigeria was not in any danger of loss of sovereignty, and rather vouched for the minister’s experience in negotiating loans over the years. He reminded Nigerians that President Buhari only activated and implementation of the loan deals initiated by the Jonathan administration, but described those linking Amaechi to plots to sell Nigeria’s sovereignty as overly mischievous with political agenda.

China began rail projects with loans as far back as 32 years ago in Zambia and went on up to Kenya and Ethiopia. China at the moment has a $60bn loan package for Africa and Nigeria is said to have only captured $5bn out of this. The Olusegun Obasanjo administration courted China with three oil blocks for a railway project but this was discontinued by his successor, Umaru Musa Yar’Adua. Jonathan revived but modified the loans from China and sealed a $5bn package which Buhari inherited, pursued, and is expanding in leaps and bounds, according to the US Institute of Peace online report.

Eze explained that the said clause generating the controversy is Article 8(1) of the agreement, which provides that “The borrower hereby irrevocably waives any immunity on the grounds of sovereign or otherwise for itself or its property in connection with any arbitration proceeding pursuant to Article 8(5), thereof with the enforcement of any arbitral award pursuant thereto, except for the military assets and diplomatic assets”.

In a statement made available to media houses, Eze said Article 8(1) does not in any way suggest the leasing of Nigeria or her sovereignty to China.

“Simply put, sovereign immunity is a legal doctrine by which the government of a foreign country is immune from suit in the courts outside its jurisdiction,” he said.

He said in common law jurisdiction, an independent sovereign state may not be sued in the courts against its will and without its consent.

“This doctrine of state or sovereign immunity evolved from rules of international law and same has been internalised and made part of the common law of England which forms part of Nigeria’s body of laws.

“Under the common law, exercise of court’s jurisdictions against the sovereign state is deemed incompatible with the superior authority of the sovereign state. The doctrine is founded upon the broad considerations of public policy, International law and comity rather than on any technical rules of law.

“Flowing from the above and borrowing inference from the provisions of the very comprehensive and standard Foreign Sovereign Immunities Act (FSIA), a piece of legislation of the United States, a sovereign debtor, defending against a collection action may seek refuge in the FSIA. The Act was enacted to codify restrictive theory of sovereign immunity of states.

“Although the FSIA serves as a jurisdictional bar to certain suits involving the official conducts of a foreign country, the Act provides several exceptions to that immunity. One of such is in the context of sovereign loan defaults; the sovereign may relinquish its immunity by express or implied waiver. Most sovereign bonds and loan agreements contain express waivers of sovereign immunity,” he said.

The media expert quoted the estimates of the Institute of International Finance (IIF), the Washington-based global association of the financial industry, as positing that the overall international borrowing rose to more than $246 trillion in the first trimester of 2019, nearly 320 percent of worldwide GDP. Simply put, the world borrows over three times more than it produces. It cannot be Nigeria alone.

Eze stated that biggest economies of the world such as the US, UK, Germany, France, Japan, China, Italy, Canada, Netherlands etc are heavily involved in sovereign debts and rely on foreign loans for the financing of critical national projects. He maintained that no sovereign has achieved greatness without the support of other nations through loans.

The stalwart described sovereign debt as the total capital that is owed to creditors outside of a country’s territory. He said Nigeria has maintained a very responsible level of external borrowing to save the country from distress which he said could affect the progress already recorded on the aggregate performance of the economy within the past few years.

He called on the House Committee on Treaties to place national interest beyond self, cooperate and give necessary support to the transportation minister, Rotimi Amaechi, for the speedy completion of more rail infrastructure to create jobs and improve the economy, assuring that the country is safe under the President Buhari-led federal government. He appealed to political activists who only understand politics to allow experts discuss and handle this matter. He said the House Committee can obtain other international loan deals to see if they have no single obligation clause upon the sovereign borrower.

Assuring Nigerians of more results from the Transportation Ministry under Amaechi, Eze called for a temporary halt on the probe to allow for the commitment and implementation of the terms of the loan on the part of the Chinese in order to see to the completion of the specific loan projects for the use and enjoyment of commuters.

He expressed confidence in the competence and dexterity of Amaechi in negotiating bilateral agreement terms to the advantage of Nigeria.

He advised that what should concern Nigerians is how those coming after this administration and could be the ones to managed the built railway system would move to maintain same credibility and capability in managing the rails and repaying the loans. He called on the NASS members to rather demand for strict enforcement of the terms of agreements especially the opening of Sinking Fund to deposit profits right now so that repayment would be easy from the fund. 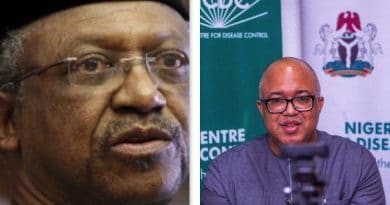