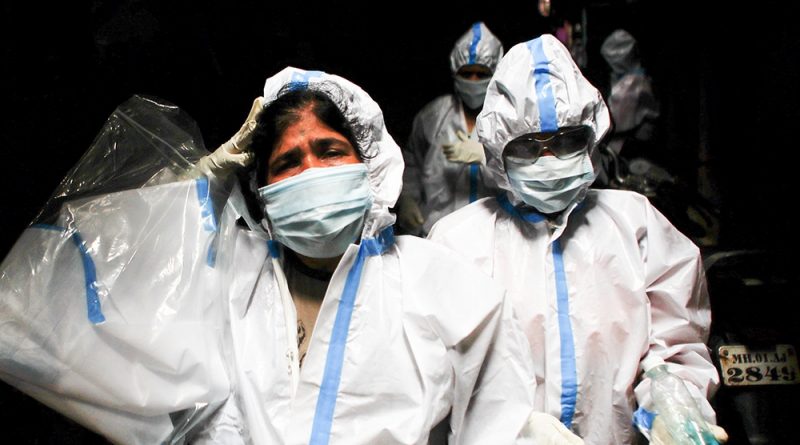 Poland may see a further increase in coronavirus infections, which could reach up to 700 per day during and after this weekend, the health minister said.

On Tuesday, Poland registered its highest daily tally of reported cases at 680.

Toyota Motor Corp posted a 98 percent plunge in its first-quarter operating profit as the coronavirus pandemic halved it global sales.

Japan’s top automaker reported a profit of 13.9 billion yen ($131.73m) for the three months ended June, its worst since the June 2011 quarter. Still, it was better than an average estimate for a loss of 179 billion yen based on a Refinitiv poll of seven analysts.

The bleak results underline the challenges being faced by the global auto industry due to the health crisis that has shuttered factories this year and kept customers out of dealerships, hitting production and sales.

Ukraine reported a record daily high of 1,271 new coronavirus cases on August 4, the country’s council of security and defense said.

The number of new infections has increased sharply in the past two months following the gradual lifting of restrictions that began in late-May. 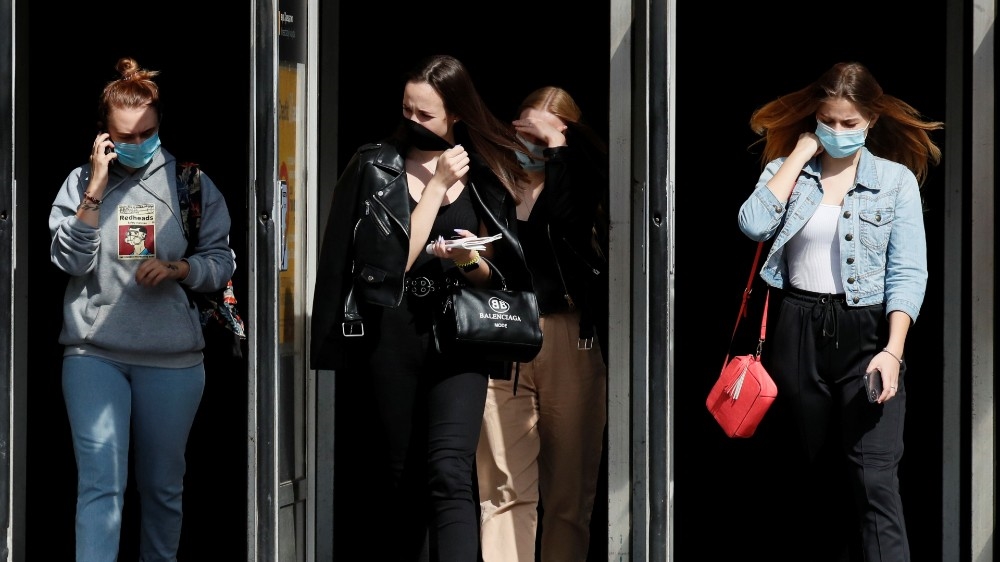 India has recorded the biggest single-day fatalities of 904 in the past 24 hours as fresh coronavirus infections surged by another 56,282 cases to reach nearly two million.

The Health Ministry said the total fatalities touched 40,699. India has recorded 20,000 deaths in the past 30 days.

The ministry also said the recovery rate has improved to 67 percent from 63 percent over the last 14 days. Nearly 600,000 patients are still undergoing treatment. The case fatality rate stands at 2.09 percent.

Australia’s second-biggest city of Melbourne began the first day of a six-week total lockdown with the closure of most shops and businesses raising new fears of food shortages, as authorities battle a second wave of coronavirus infections.

Shops were boarded shut and streets were deserted in the city of about five million people, the capital of Victoria state, which reported 471 new COVID-19 cases and eight deaths in the past 24 hours.

Australia has now recorded about 20,000 COVID-19 cases and 255 fatalities, still far fewer than many other developed nations, but the Victorian outbreak threatens to ruin that record and spill into other states. 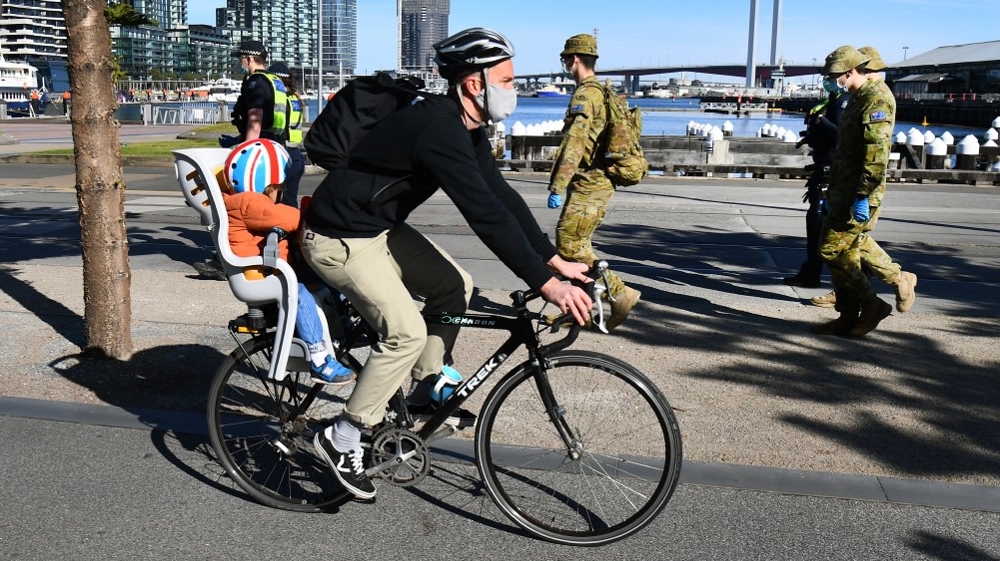 Hello, this is Umut Uras in Doha taking over from my colleague Zaheena Rasheed.

A coronavirus outbreak has forced the closure of a major copper and gold mine in Papua New Guinea.

Ok Tedi Mining said it had decided “to immediately suspend operations for at least 14 days” after seven cases were detected at the facility near the Indonesian border.

The mine, which sits in the remote Papua New Guinea highlands, employs thousands of people and accounts for around seven percent of the country’s GDP, according to company figures.

Eight coronavirus patients died in a fire that broke out in the intensive care ward of a private hospital in India’s western city of Ahmedabad, officials said.

Police stopped angry relatives from entering the Shrey Hospital in the Gujarat state capital after the tragedy which, according to emergency services, was caused by a medical staff member’s personal protective equipment (PPE) catching fire. 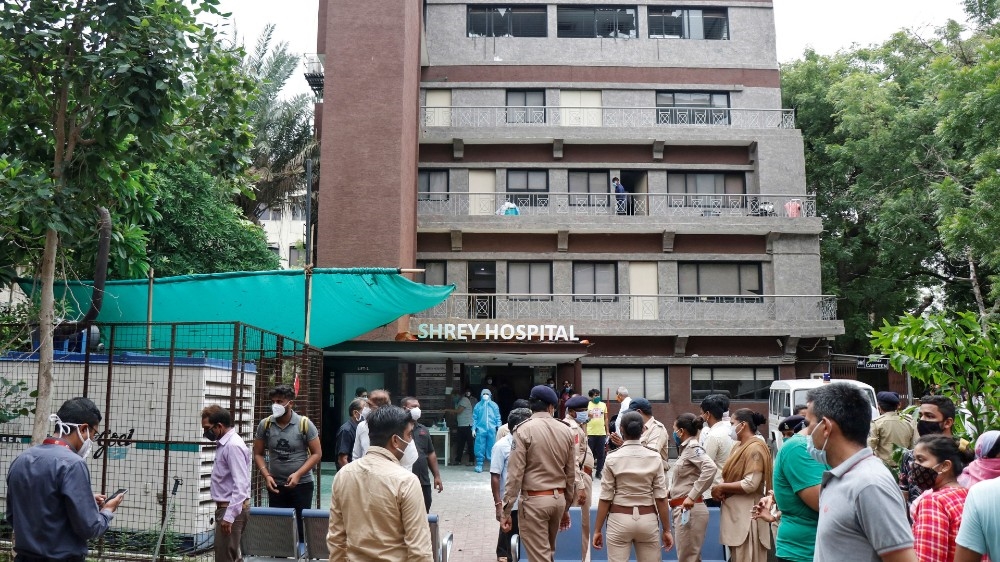 “A staffer whose PPE caught fire ran out of the ward to douse it but the fire spread rapidly to the whole ward,” said Rajesh Bhatt, additional chief fire officer of the Ahmedabad Fire and Emergency Services.

“Five men and three women, who were undergoing treatment for the novel coronavirus were not in a position to escape… they died due to smoke and heat caused by the fire,” he said.

The Philippines plunged into recession after its biggest quarterly contraction on record, according to data from the country’s Statistics Authority.

Gross domestic product shrank 16.5 percent on-year in the second quarter, data showed, as the Philippine economy reels from one of the world’s longest stay-at-home orders that has wrecked businesses and thrown millions out of work.

It followed a revised 0.7 percent contraction in the first three months of the year and marked the biggest reduction in economic activity since records began in 1981 during the Ferdinand Marcos dictatorship.

It is the country’s first recession in three decades.

Hideaki Ohmura, the governor of Japan’s Aichi Prefecture, announced a regional “state of emergency”, urging people to stay home at night and businesses to close altogether or close early to curb the coronavirus.

The measures will continue through August 24, a period that coincides with the Obon holidays, when schools and many companies close, he said.

Ohmura said coronavirus cases have been rising in Aichi since mid-July at 100 or more a day. Before that, daily cases had been zero for extended periods.

North Korean leader Kim Jong Un directed his government agencies to act immediately to stabilise the livelihoods of residents in a city locked down over coronavirus concerns, state media reported.

North Korea declared an emergency and locked down Kaesong near the inter-Korean border in late July after finding a suspected virus case there. It has not confirmed yet if the person tested positive.

The Korean Central News Agency said Kim presided over a meeting on Wednesday of the ruling Workers’ Party’s executive policy council where they discussed a special supply of food and funds to Kaesong.

The report did not specify the measures that were to be taken.

The US reported 1,262 more COVID-19 fatalities in the last 24 hours, according to data by the Johns Hopkins University, figures that take its total death toll to 157,930.

President Trump nonetheless remained optimistic, saying “This thing’s going away. It will go away, like things go away, and my view is that schools should be open.”

Twitter hid a video posted by Trump campaign’s @TeamTrump account and shared by the US president for breaking the company’s COVID-19 misinformation rules.

The post contained a video clip, from an interview with Fox & Friends in which Trump claimed that children are “almost immune” to COVID-19.

The Centers for Disease Control and Prevention has said that while adults make up most of the known COVID-19 cases to date, some children and infants have been sick with the disease and they can also transmit it to others.

Facebook said the “video includes false claims that a group of people is immune from COVID-19 which is a violation of our policies around harmful COVID misinformation”.

A majority of the justices voted to give the government 30 days to draw up a plan to reduce the threat to Indigenous people from COVID-19, which could wipe out some tribes.

Measures should include sanitary barriers to stop outsiders entering protected tribal lands and the isolation of invaders, but the court stopped short of ordering the immediate expulsion of illegal loggers and miners that Indigenous leaders say are spreading the virus.

The pandemic endangers Indigenous communities with no access to healthcare in remote parts of the Amazon and whose communal living under large dwellings make social distancing impossible.

For all the key developments from yesterday, August 5, go here.