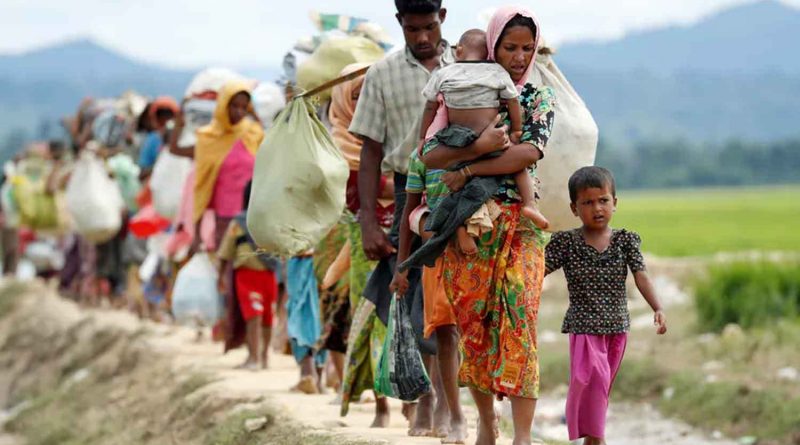 The UN’s highest court ordered Myanmar on Thursday to do everything in its power to prevent the genocide of Rohingya Muslims, as international justice stepped into the crisis for the first time.

In a unanimous ruling, the International Court of Justice rejected arguments made by Myanmar’s civilian leader Aung San Suu Kyi in The Hague in December and set out urgent steps for the predominantly Buddhist nation to end the violence.

The mainly Muslim African state of The Gambia had asked the court to impose the emergency measures — pending a full case that could take years — following a bloody military crackdown by Myanmar in 2017 that sent around 740,000 Rohingya fleeing into neighbouring Bangladesh.

Presiding judge Abdulqawi Ahmed Yusuf said that “the court was of the opinion that the Rohingya in Myanmar remain extremely vulnerable”.

Thousands are suspected to have been killed in the crackdown and refugees brought widespread reports of rape and arson by Myanmar’s military and local Buddhist militias.

The court ordered Myanmar to “take all measures within its power to prevent the commission of all acts” described by the 1948 UN Genocide Convention, under which Gambia brought the case.

These acts included “killing members of the group” and “deliberately inflicting on the group conditions of life calculated to bring about its physical destruction in whole or in part.”

The court ordered Myanmar to report back within four months, and then every six months after that. It also told Myanmar to prevent the destruction of any evidence of crimes against the Rohingya.

– ‘Historic day’ –
The court was set up after World War II as the UN’s top judicial organ to rule in disputes between nations.

Gambian justice minister Abubacarr Tambadou hailed the court’s decision to uphold his country’s case, which was supported by the 57-nation Organisation for Islamic Cooperation, Canada and the Netherlands.

“This is a historic day today, not just for international law, for the international community, but especially for the Rohingya,” he told reporters outside the court.

Nobel peace laureate Suu Kyi — who was widely criticised for her defence of the same military that once locked her up for years — said on Thursday that some Rohingya refugees may have “exaggerated” the extent of the abuses.

“The international justice system may not yet be equipped to filter out misleading information before shadows of incrimination are cast over entire nations and governments,” she wrote in an opinion piece in the Financial Times published ahead of the ruling.

Suu Kyi also said Myanmar should have time to act on the results of an internal investigation by the country, which this week admitted war crimes may have been committed but ruled out genocide.

– ‘First taste of justice’ –
The result was hailed in the Bangladeshi camps where some 600,000 people still remain.

“I’m having the first taste of justice. I feel positive though I doubt whether Myanmar would comply,” Sayed Ullah, a Rohingya leader, told AFP.

Dildar Begum, a widow who said she was raped, two of her children killed and her village razed during the military crackdown, added: told AFP: “I thought I had to wait for Allah’s judgment in the next life. But this justice gave me hope. I wish those criminals will get their punishment.”

The EU and rights groups meanwhile called for the international community to put pressure on Myanmar.

The ICJ’s orders are binding but it has no power to enforce them.

However the “significance… shouldn’t be written off,” said Cecily Rose, assistant professor in international law at Leiden University in the Netherlands, adding that the judgments “carry relatively great authority or legitimacy.”

The international community has however been slow to act on the Rohingya crisis.

The UN Special Rapporteur on Myanmar Thursday slammed Russia and China, which have friendly ties with Myanmar’s military, as “shameful” for blocking Security Council action on the 2017 crackdown.

“It is shameful for those states to not do anything in the face of all the evidence that we have,” rapporteur Yanghee Lee told reporters at the end of a five-day visit to Bangladesh, adding that “more needs to be done” for the Rohingya.