Through this alliance, Roc Nation United will help the Naeem Khan brand expand through licensing into new product categories, including accessories, fragrance, home decor and beauty. 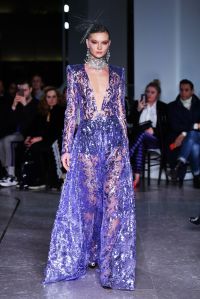 Roc Nation United was established to identify, develop, market and implement global licensing and brand opportunities for Roc Nation, and its roster of talent; Paper Planes (a direct-to-consumer and wholesale brand); UEG’s extensive catalogue of global clients, as well as brands and external individuals.

Asked why the two companies decided to form a new entity, Jarrod Moses, chief executive officer of United Entertainment Group, who will also serve as co-ceo of Roc Nation United, said: “In order to have successful partnerships and ventures, you really have to have skin in the game. We’re an agency that thrives on creating culture, and Roc Nation is an agency that represents the leaders and creators of culture, so it’s a perfect partnership.”

“Because Naeem Khan is an incredible fashion designer, he’s also a leader in the world of culture, he’s a creator and maker. We’ll work with him to create businesses that really encapsulate his vision. It can be anything from accessories to furniture to home design to technology, you name it, as long as it carries the DNA of what Naeem Khan stands for and his business represents,” Moses said.

“We want to make sure we’re very prescriptive and committed to each of our clients,” he added. “This is not a game of casting a wide net….This is a very strategic initiative that takes time and careful planning. We’ll only be taking on clients we believe we can build a business around, and those we believe will be sustainable for a long time.”

Brett Yormark, co-ceo of Roc Nation United, who is also president of business operations and strategy for Roc Nation, added: “I am excited to work with Jarrod and his team at UEG to create singular opportunity for our clients that will grow their brands into new verticals. As an iconic fashion designer who has worked with many of the world’s most influential people, Naeem Khan is a terrific first external partner for our venture. I am equally as excited about the opportunities this alliance will create for brand Roc Nation, and to see it activated in never-before-seen categories.”

Thomas Caravella has been named managing director for Roc Nation United, and will oversee Khan’s business. He has more than 25 years in the licensing business and will report to Moses and Yormack. 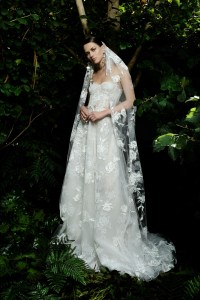 In an interview with WWD, Khan said he’s been friendly with Desiree Perez, ceo of Roc Nation, for many years. She was at his studio having a fitting, and he mentioned to her he has all these ideas he wants to work on. He had just come back from a meeting with the Florida agricultural commission because he wants to grow hemp there.

Among the categories he’s most interested in doing are fragrances, eyewear and cosmetics. “I am one of India’s few international designers. I think we can really expand the brand throughout the world with fragrances. I have a great following in the Middle East and Asia, and it’s all very natural. I think the future of fashion is collaborating with other artists. Imagine me with a rock star or a rap star, and we can combine forces to create brands that are ecologically conscious.”

Khan said he’s never had any licensing agreements. “I have stayed away from it. Until you have the right licensing partner, you don’t want to license. I’m very careful. My company is like a little jewel. You don’t license for the sake of making money, you want to do it right,” he said.

Discussing his current business, Khan said, “The retail environment is very challenging right now. But there are certain sides of the business that are doing incredibly well, such as the couture side of the business is fantastic. People are still having events and getting married, but they’re smaller events. He said he’s working on gowns for weddings in the U.S., in South America and in the Middle East.

“The store business is still there, but it’s the online business, my Net-a-porter and Moda Operandi business is good, but the retail walk-in business is a difficult business right now,” he said. Khan sells his products to 250 stores.

He said he would consider doing a licensing deal for a less-expensive collection with eco-friendly fabrics.

“To make my kind of product is not easy. You have to have certain knowledge and artisans to make it. As far as high-end is concerned, I have 600 people who work for me across Asia. I don’t have to worry about the high-end. The way I want to go forward with doing the less expensive stuff is it doesn’t have to be eveningwear. You can make chiffon from hemp, you can make beautiful crepe from fibers that are ecologically friendly. We want to start going into those kind of categories, they are ecologically amazing but still look fabulous. This is a whole new area. We have identified several places we can do this. We need the right partner for it because these are mass products. I’m not geared to do that kind of production,” Khan said.

Khan said the word has gone out, there’s a lot of interest, and he’s in talks with several people right now.

United Entertainment Group, founded in 2007, is part of the DJE Holdings Network and works with Fortune 500 companies, celebrities, athletes and leading media properties.