Underage alcohol and tobacco use is costing US families and communities dearly, and the finger of blame has often been pointed at retailers accused of lax age enforcement and sales policies. Now a group of retailers is doing what few expected – “giving the finger” to underage alcohol and tobacco use by verifying that every customer purchasing alcohol or tobacco, regardless of appearance, does in fact meet age requirements.

They’re doing this with the blessings of their customers and community, and have actually sped checkout times up to six-fold, using a new biometric fingerprint ID technology that promises to change the way alcohol and tobacco is sold from coast to coast.

The High Cost of Underage Alcohol and Tobacco Abuse

Despite all 50 States restricting the sale of alcohol and tobacco to those over 21 and 18, respectively, violations have been frequent and the results tragic.

Not only does underage drinking cost society $53 billion annually, but the Centers for Disease Control and Prevention (CDC) estimated 4,554 annual underage deaths due to excessive alcohol use in a 2004 report. On college campuses 95 percent of all violent crime and 90 percent of college rapes involve the use of alcohol by the assailant, victim, or both, according to a 2004 report from The National Academies.

Tobacco use by minors also has dire consequences, even though underage alcohol abuse captures more headlines. According to a 2004 CDC fact sheet, about 4,000 US youths aged 12-17 try their first cigarette each day, and “if current patterns of smoking behaviors continue, an estimated 6.4 million of today’s children can be expected to die prematurely from a smoking-related disease.”

Retailers are often blamed for underage alcohol and tobacco use. They’re targeted in undercover “sting” operations for selling to minors, fined, even suffer license suspension or revocation. But truth be told, few intentionally sell to minors. Most have unwittingly been the victim of counterfeit IDs, employee error, or periods of customer overflow.

Take Terry’s Liquor, for instance. The Alamosa, Colorado liquor store inadvertently sold alcohol to an undercover sting operative within days of her 21st birthday, on her fourth trip to store, after she’d chatted up the newest clerk. The result: a three-day shutdown that cost the store $34,000 in sales, for a first offense in three years under Bob Zenner’s ownership.

“We’d passed every compliance check and collected a shoebox full of fake IDs,” says Zenner. “The problem is, to be customer friendly you must give employees some discretion in carding, and that leads to infractions. It doesn’t matter how good your employees are. They all make an occasional mistake, especially when things get busy.”

Protecting the Community from Underage Alcohol and Tobacco Use

To better protect the community and avoid future “selling to minor” infractions, Zenner and an independent group of 20 stores known as the San Luis Valley Alcohol Retailers Alliance approached Blanca Peak Technologies, a security systems/risk assessment company in Blanca, Colorado, for help. Kelly Gerards, a partner at Blanca Peak, scoured the Internet for a means to balance security, privacy, and efficiency. He found FSS, a biometric fingerprint identification system provider based in Altoona, Pennsylvania (www.biometricsolution.com).

Biometric systems automatically identify a person based on physical characteristics such as fingerprints, which remain unique and consistent throughout life. Biometric systems are used today in a range of important applications: from preventing benefit fraud and protecting financial transactions to safeguarding borders, controlling access, and enhancing network security.

What caught Gerards’ eye was that FSS had years of experience implementing fingerprint ID technology in the peak traffic, high scrutiny, public setting of universities and K-12 schools, where hundreds of students typically must be identified and processed for lunch or other meals in a tight, 15-20 minute timeframe.

Gerards worked with FSS to tailor the fingerprint ID system for retailers who need fast, accurate age and identity verification to safeguard their communities from underage alcohol and tobacco use. Customers register in a one-minute process where they volunteer their driver’s license number, date of birth, license expiration date, and a finger for digital scanning. The info is read off the magnetic strip of their license, which a clerk verifies against the card’s front.

While the machine scans a person’s fingerprint, it does not store or use the actual print. Instead, it makes 27 points of reference from the print image, which it relates to info taken from a valid ID. For added privacy, the print image is deleted at the end of each transaction.

Thereafter, registered customers merely press a finger on a scanning device by the cash register to verify they are over 21 and legally able to purchase alcohol, or over 18 and able to purchase tobacco. Anyone not in the system is “carded” at each and every purchase.

At Zenner’s store, over 1,300 customers have registered to use the new system since it began operation in April of this year.

“Customers and the community see the worth of the new system, and there’s been a lot of support for it,” says Zenner. “By simply pressing a finger to a pad, customers can prove they’re of legal age in less than a second, instead of digging through purses and wallets for ID. That speeds up checkout two-fold during normal hours, and up to six-fold during rush periods, weekends, and holidays.”

“And with the biometrics in place, the underage don’t try to purchase here anymore,” continues Zenner. “They know everyone either offers a finger for scanning or a valid ID. And since 99% of our customers are happy to ‘give us the finger,’ we scrutinize ID for authenticity closer than ever. That means we catch fake IDs and those who try to pass them off.”

Zenner and anti-drunk driving organizations appreciate that the biometric system limits employee-discretion, error, and dishonesty from alcohol and tobacco purchase. Every customer must offer either a finger or valid ID to prove legal age; the cash register, in fact, will not open unless this is done. The system verifies age automatically, thus freeing harried clerks from making simple math errors. And to ensure honesty, the system requires employees to identify themselves by touching the pad and entering their code, before enrolling customers.

Besides Terry’s Liquor, two other members of the San Luis Valley Alcohol Retailers Alliance – Chief Liquor and Beer Keg Depot – have implemented fingerprint ID at their stores to verify customer age for all alcohol and tobacco purchases. Because they share access to a common system, registered customers at any of these three stores can prove they’re of legal age to purchase alcohol and tobacco at each other’s locations, by simply pressing a finger to a scanning device at the cash register.

This scenario of near-instant age verification can be duplicated in any state, thus preventing underage alcohol or tobacco purchase but enabling legal customers to buy statewide with a simple fingerprint reading. State lottery systems at most retailers already use the secure data-sharing equipment necessary to make this work. Such technology, in combination with biometrics, can better protect both communities and retailers from the dangers of underage alcohol and tobacco use.

According to Gerards and FSS, interest in the biometric ID system to prevent underage drinking and tobacco use is growing, with inquiries coming from community organizations, municipalities, and even state liquor officials.

“For kids, retailers, and the community, the biometric ID system is a win-win solution to underage alcohol and tobacco use,” concludes Zenner. “Anywhere there are compliance issues, the system will catch on like wildfire; it would’ve paid for itself ten-fold, had it prevented us from getting our first selling-to-minor violation. And if it helps save even one life, what price can you put on that?” 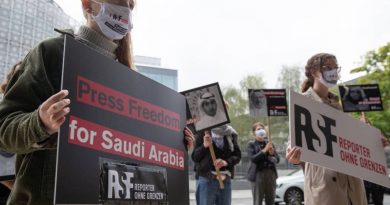 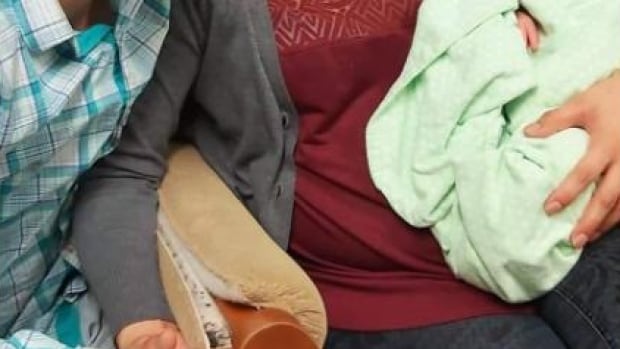