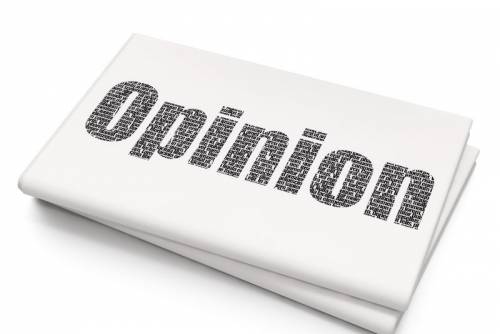 From the trail of his articles, it seems Mr Bayo Oluwasanmi may have unexplained beef against the Buhari administration, especially Vice President Yemi Osinbajo, SAN. Or how else does one explain his unwarranted vituperations against the Vice President or any issue related to the VP?

Barely two weeks ago, Oluwasanmi wrote about Osinbajo (Pastor RUGA) and N100bn Alpha Beta Scam, a baseless, regurgitated allegation, which had been soundly debunked in the past, but of which the author again chose to rant about.

Now, the same author has come up with another from his bag of misinformation. Using RUGA to qualify his articles against Osinbajo has become a thing for Bayo, that I’m sure his readers would have also gotten tired of.

But, again, it is important to re-educate the author and puncture holes in his obvious lies and attempt to misinform the public repeatedly.

The RUGA initiative that Bayo always describe VP Osinbajo with was suspended by President Muhammadu Buhari in July 2019. This was announced by the Ebonyi State Governor, David Umahi after a meeting of the National Executive Council (NEC) committee on farmers/herders’ crisis. The NEC is chaired by Osinbajo.

Nevertheless, as had been explained by the government, and the information is in the public domain, RUGA is completely different from the National Livestock Transformation Plan (NLTP). The NLTP, which was approved by state governors under the auspices of the National Economic Council (NEC) chaired by the Vice President, is a programme to be implemented in seven pilot states of Adamawa, Benue, Kaduna, Plateau, Nasarawa, Taraba and Zamfara as decided by NEC in January, being states in the frontlines of the farmer-herder crisis.

So, Bayo should stop rehashing lies and feeding his readers with outright misinformation because no matter how hard he tries to embellish it, his obvious mischief and ulterior motives cannot be hidden.

Interestingly, the author sang the praises of Vice President Osinbajo before delivering another round of misinformation on the N13bn approved for the Community Policing programme, which was announced after the National Economic Council (NEC) virtual meeting on Thursday August 20, chaired by Vice President Osinbajo.

The community policing programme is part of the efforts of the Federal Government under President Buhari to tackle the security challenges in the country.

The author’s direct and indirect insults at the VP and President Buhari is not only rude and disrespectful to their persons and offices, it sadly shows the kind of person he is. Also, his repeated attempts at misinformation via his column has become tired and despicable. He claimed that “The NPF as an ancient relic of colonialism, cannot be metamorphosed into community policing by mere pronouncement.” This is not true.

According to the Inspector-General of Police, the community policing is a strategy, and “it is not a new police structure that is being created but within the police we re-strategise and then bring in community-based initiatives.” In other words, the community policing programme will not “miraculously transform the Nigeria Police Force (NPF) to a community policing” like the author would want us to believe, rather, it would become an integral part of the already existing NPF to improve security in communities and local government areas nationwide.

The IGP added that the community policing programme was designed to allow communities take responsibility for the project by setting up advisory committees made up of “traditional rulers, faith-based organisations, traders, women and youths.”

“At the local government level again, we have community policing committee which will have the same people from the ward and villages. This committee is the one that would help us identify within the wards and the villages their own citizens and natives who are able bodied. We would select them and train them as community policing officers and send them back to their communities where they come from. We have reached this stage already. Now we are at the stage of recruitment.”

According to Bayo’s muddled opinion, “The NPF must be dismantled, scrapped, and proscribed. Each local and state government will set up its own police.” How does dismantling and scrapping the central Police help improve security in the country? Again, community policing would assist the Police in its efforts to become more effective in tackling security issues in our communities nationwide; with the local and state governments playing significant roles in the structure. There is a reason why reading and comprehension is taught in schools. It is certainly not to misinform the public and spew false statements.

It is important to explain that the programme will recruit and train officers in their respective wards or local government areas. So, where is the “metamorphosis”, Mr. Oluwasanmi?

The Nigeria Police Force is not perfect and need to be more effective in tackling crime and other security challenges within their domain, but it goes without saying that the government is doing the right thing with the Community Policing initiative, alongside other reforms being introduced to make the Nigeria Police a more effective security apparatus.

The author attempt at intelligent argument about community policing structure didn’t say anything new, but rather in some parts, highlighted the importance of community policing, which was approved for take-off by President Buhari.