Hurricane Fiona smashed through Puerto Rico on Monday with pounding rain and winds that triggered mudslides, “catastrophic” flooding and a power outage that swept across the entire island. Hundreds of thousands lacked running water.

More than 1,000 water rescues were performed and more were underway, Gov. Pedro Pierluisi said. Even as the storm made landfall Monday in the Dominican Republic, it continued to slam Puerto Rico with unrelenting rains — more than 30 inches in southern parts of the island.

“Heavy rainfall and catastrophic flooding continues across much of Puerto Rico,” said Richard Pasch, a specialist with the National Hurricane Center.

Authorities reported two deaths in Puerto Rico – one a 58-year-old man swept away by a flooded river in the inland town of Comerio and another one a 70-year-old man burned while trying to operate a generator. Another death was reported in the Dominican Republic, where a person was hit by a falling tree.

The Aqueduct and Sewer Authority said more than 800,000 customers – two-thirds of the homes and businesses – were without drinking water service. The entire power grid across the U.S. territory went down Sunday afternoon before the storm made landfall, leaving everyone without electricity.

Less than 10% had regained power Monday, and power distribution company LUMA Energy warned that it could take several days to fully restore electricity because of the outage’s magnitude.

“We have the equipment, tools and resources to respond to this event,” the company said.

The Dominican Republic government reported one death from falling trees because of the storm, which prompted at least four international airports to shut down, but by late afternoon Fiona was moving away from land. It could strengthen into a major hurricane by Tuesday.

In Puerto Rico, National Guard and Municipal Emergency Management personnel were helping with evacuations and water rescues in several communities of severely damaged Salinas in the south, Mayor Karilyn Bonilla Colón said. She urged residents to stay in their homes or shelters. The southern city of Ponce, the largest population center outside the San Juan metropolitan area, also experienced major flooding.

“Lands are saturated, rivers are overgrown, areas are flooded areas, and streets are still impassable,” Bonilla Colón said. “Please stay safe and consider the first responders and rescue personnel who have done a titanic job to save lives.”

Much as he had done five years ago in the wake of Hurricane Maria, helicopter pilot Carlos Benitez took to the sky Monday morning to survey the damage from Hurricane Fiona and identify Puerto Ricans in need of rescue.

“We saw more than 200 houses flooded all the way up to the roof, people on the top of the roof, on the balcony, requesting rescue,” said Benitez, 42, who notified rescue personnel of their locations. Others were on boats and jet skis, he said.

Benitez, who typically does charter flights, said he flew for seven hours and shared videos of what he saw on social media. He has been receiving messages from people begging him to check in on their loved ones.

Two-thirds of Puerto Rico out of water service

Water service was cut to more than 837,000 customers – two thirds of the total on the island – because of turbid water at filtration plants or lack of power, according to officials. Only 34% of households have potable water.

“The majority of rivers are too high. We have 112 filtration plants and the majority are supplied by rivers,” Aqueduct and Sewer Authority executive president Doriel Pagán Crespo said in an interview with a San Juan radio station. She said personnel will be dispatched for cleanup as water levels drop.

The agency said on its Twitter page that water could be turbid upon service restoration and recommended that customers boil water for three minutes before using it for human consumption.

Up to 30 inches of rain could fall

Parts of the island are still healing from the battering wrought by Hurricane Maria five years ago, and more than 3,000 homes still have blue tarps for a roof. Now residents could see up to 30 inches of rain before the storm rolls out of the area late Monday, AccuWeather reported.

“These rains will continue to produce life-threatening and catastrophic flooding along with mudslides and landslides across Puerto Rico,” said Brad Reinhart, a hurricane specialist at the National Hurricane Center in Miami, adding that “life-threatening flash and urban flooding is likely for eastern portions of the Dominican Republic.”

Winds of up to 85 mph ripped the top off houses and businesses. Water rushed through streets and into homes. Roads were torn apart, and in the central town of Utuado, a temporary bridge installed by the National Guard after Maria washed away. Hours of rain were still to come.

“It’s important people understand that this is not over,” Morales said.

How to help Puerto Rico

In addition to FEMA and local emergency responders, several organizations are providing relief efforts for residents, including solar lights, generators, essential supplies and food. Here’s how to help:

►PRxPR is a disaster relief fund focused on rebuilding Puerto Rico after Hurricane Maria. The organization is now collecting monetary donations for short- and long-term humanitarian needs in Puerto Rico.

►Project HOPE, an international organization that assisted in the response to a series of damaging earthquakes that struck Puerto Rico in late 2019 and early 2020, said it has “teams on the ground” evaluating the health needs of people impacted by the hurricane.

►The Hispanic Federation, a nonprofit focused on Latino empowerment, is raising funds for on-the-ground emergency relief services and essential supplies for communities affected by the storm.

Locals have been feeling brunt of storm for days

“I have been trying to reach my family, but I can’t because the access to roads is blocked by fallen trees, landslides and severe flooding,” said Nieves, who has relatives in the central mountain town of Naranjito. “We see the same scenario almost everywhere, and we still received flash flood warnings today.”

Nelson Cirino was sleeping in the northern coastal town of Loiza on Sunday when the roof blew off his home.

Ada Vivian Román said the storm knocked down trees and fences in her hometown of Toa Alta, southwest of the capital San Juan. She worried about how long the public transportation she relies on to get to her job at a public relations agency will be unable to operate.

“But I know that I’m privileged compared with other families who are practically losing their homes because they are under water,” she said.

Gov. Pierluisi canceled school across the island for Tuesday and said only essential, immediate response personnel should report to public agencies. More than 2,000 residents had moved into 128 shelters, he said.

“Puerto Ricans have faced a constant state of emergency over the five last years,” said Allison Dworschak, leader of the agency’s Caribbean Resilience Initiative. “Those who don’t have the financial means to repair the damage properly are especially vulnerable to the impacts of storms like Fiona.”

Jesus Gonzalez, with the Center for Popular Democracy, says “corporate greed” and predatory hedge funds have made the damage worse. Gonzalez says the federal government knew Puerto Rico would once again confront a natural disaster but did nothing to prepare. The privatization of Puerto Rico’s power system caused less investment in infrastructure and green energy in favor of profits, Gonzalez said in an email to USA TODAY.

“Austerity-driven policies have crippled Puerto Rico’s infrastructure in order to pay (debts), limiting the island’s ability to recover from the devastating impact of Hurricane Maria in 2017,” Gonzalez said.

WHAT IS THE SAFFIR-SIMPSON SCALE? Breaking down how we classify hurricanes.

Where is Fiona now?

By 5 p.m. ET Monday, Fiona was drifting away from the Dominican Republic and heading northwest at 10 mph in the direction of Grand Turk Island 130 miles away, the National Hurricane Center said. The storm packed maximum sustained winds of 100 mph, making it a Category 2 hurricane, and they’re expected to get stronger.

Rain totals of up to 15 inches were projected for the eastern Dominican Republic, where authorities closed ports and beaches and told most people to stay home from work.

Fiona became the third hurricane of the 2022 Atlantic season on Sunday, hours before its first landfall on the southwestern coast of Puerto Rico. At landfall in Puerto Rico on Sunday, Fiona was a Category 1 hurricane on the Saffir-Simpson Scale with maximum sustained winds of 85 mph.

QUIET START TO SEASON:August hasn’t been this devoid of tropical storms since 1997. Is hurricane season over?

Fiona made a second landfall in the Dominican Republic early Monday about 20 miles south of Punta Cana with sustained winds of 90 mph.

Where will Fiona go next? Will it impact the U.S.?

Impacts from Hurricane Fiona will continue over the next few days after the storm leaves the Caribbean, forecasters said. “Even though the threat of direct impacts to the United States has lessened, beaches up and down the Eastern Seaboard will still feel Fiona’s effects,” AccuWeather meteorologist Renee Duff said.

Beaches along the U.S. East Coast will experience high waves, strong rip currents, minor beach erosion and minor coastal flooding around times of high tide much of this week as Fiona passes by offshore, AccuWeather said.

Meteorologists expect Fiona to become the season’s first Category 3 major hurricane by midweek with maximum sustained winds of at least 111 mph. It could spin near Bermuda as a major hurricane late Thursday or on Friday, forecasters said. 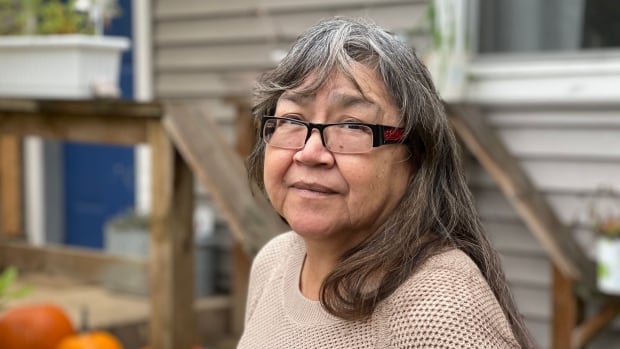 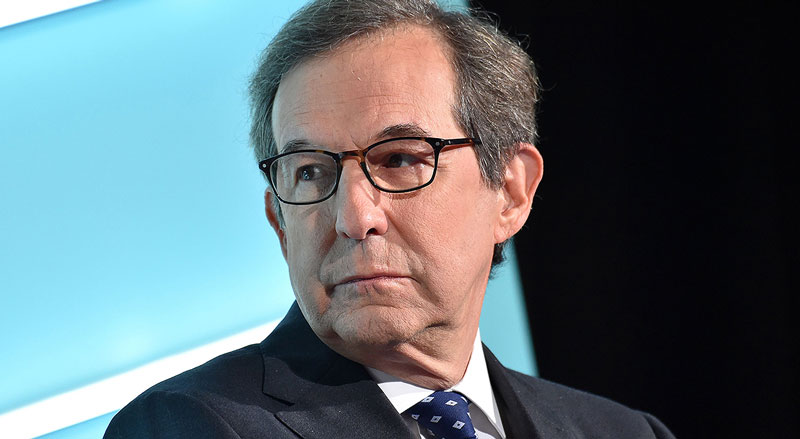 Bring Back The Alert Level System