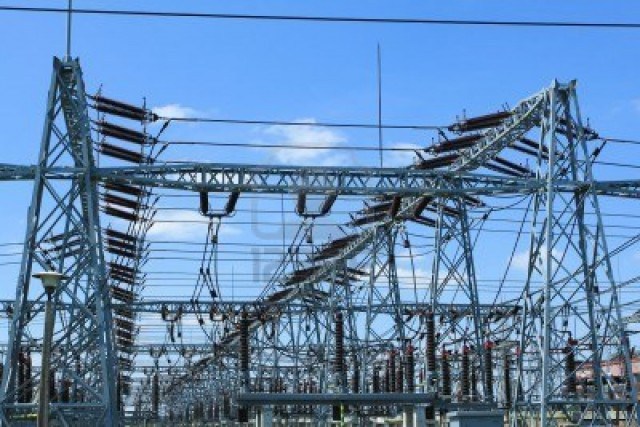 Gas, transmission, distribution and other constraints made Nigeria’s power sector to lose about N468.4bn between January and August 21 this year, latest documents on the industry’s performance have shown.

Also, the constraints in the sector stalled the production of a total of 33,122 megawatts of power during the about eight-month period.

Documents on the monthly performance of the sector since the beginning of this year obtained by our correspondent from the Federal Ministry of Power and the Presidency showed how the industry had been losing billions of naira since January.

In January, for instance, the sector lost N56.41bn revenue, while in February and March this year, its revenues dipped by N54.96bn and N65.56bn respectively.

Findings showed that between August 1 and August 21, 2020, the sector lost N40.227bn due to the earlier highlighted constraints.

The figures showed that the highest monthly loss this year was recorded in March 2020, as the industry’s constrained revenue in that month was N65.56bn.

A summation of the monthly losses revealed that the power sector’s revenue dropped by N468.37bn during the period.

Further analysis of the documents showed that the constraints limited the generation of huge quantum of power on a monthly basis.

Findings showed that in January, February and March this year, the constraints halted the generation of 3,791 megawatts-hour/hour, 3,949MWh/h and 4,406MWh/h of energy respectively.

From August 1 to August 21, a total of 3,809MWh/h of energy was stalled as a result of gas, transmission and distribution constraints in the sector.

The cumulative quantum of energy that could not be produced in the eight months was therefore 33,122MWh/h, which, according to operators, was the same as 33,122MW of electricity.

Our correspondent further gathered that the average quantum of energy sent out to power users nationwide in the months of January, February and March this year were 3,821MWh/h; 4,114MWH/H; and 3,912MWh/h.

For the 21 days in August as captured in the latest performance report of the sector, the average quantum of power delivered to electricity consumers across the country was 4,060MWh/h.

On peak power generated on the national grid for each of the months, data from the documents showed that the highest peak of 5,420MW was recorded in August.

The Transmission Company of Nigeria had announced on August 20 that the power industry achieved another improved all-time national peak of 5,420.30MW.

It was gathered that the 5,420.3MW was effectively transmitted through the national grid at a frequency of 50.10Hz at 9:15pm on August 18.

“This is the highest ever recorded in the nation’s power sector to-date, surpassing the previous peak of 5,377.80MW recorded on the 1st of August, 2020, by 42.50MW,” the General Manager, Public Affairs, TCN, Ndidi Mbah, had said.

Mbah explained that the gradual but steady improvement in electricity delivery in the nation’s power sector was attributable to the keen interest of government.

She said this was as a result of the government’s ability to pilot the programmes and projects geared towards growing the power sector as well as the collective effort of all power sector players in the value chain.

Also, the Minister of Power, Sale Mamman, tweeted recently that the deal between the Federal Government with the German Government and Siemens AG would boost the country’s power sector performance.

The Office of the Minister of Power also revealed that a total of 3,800 power and distribution transformers would be installed across the country based on the deal, a development that would help cut revenue losses in the business.

The OMP explained that the 3,800 power and distribution transformers would come under the first phase of the Presidential Power Initiative deal with the German government and Siemens.

On July 29, The PUNCH reported that the Federal Executive Council approved the payment of €15.21m (N6,940,081,465.20) offshore and N1.708bn onshore as part of Nigeria’s counterpart funding for the power deal with Siemens AG.

Earlier in July 2019, the Federal Government and Siemens had signed a Letter of Agreement on the Nigeria Electrification Road Map.

This was after Nigeria’s President, Major General Muhammadu Buhari (retd.), and the German Chancellor, Angela Merkel, met on August 31, 2018, in Abuja.

Providing a breakdown on some of the distribution projects as proposed by power distribution companies to be implemented in phase one of the deal, the power ministry said 3,765 distribution transformers would be deployed.

On power transformers, the OMP said 35 would be provided in phase one of the PPI/Siemens deal, as operators expressed hope that the deployment of these facilities would reduce the constraints to power generation and mitigate revenue losses in the sector.